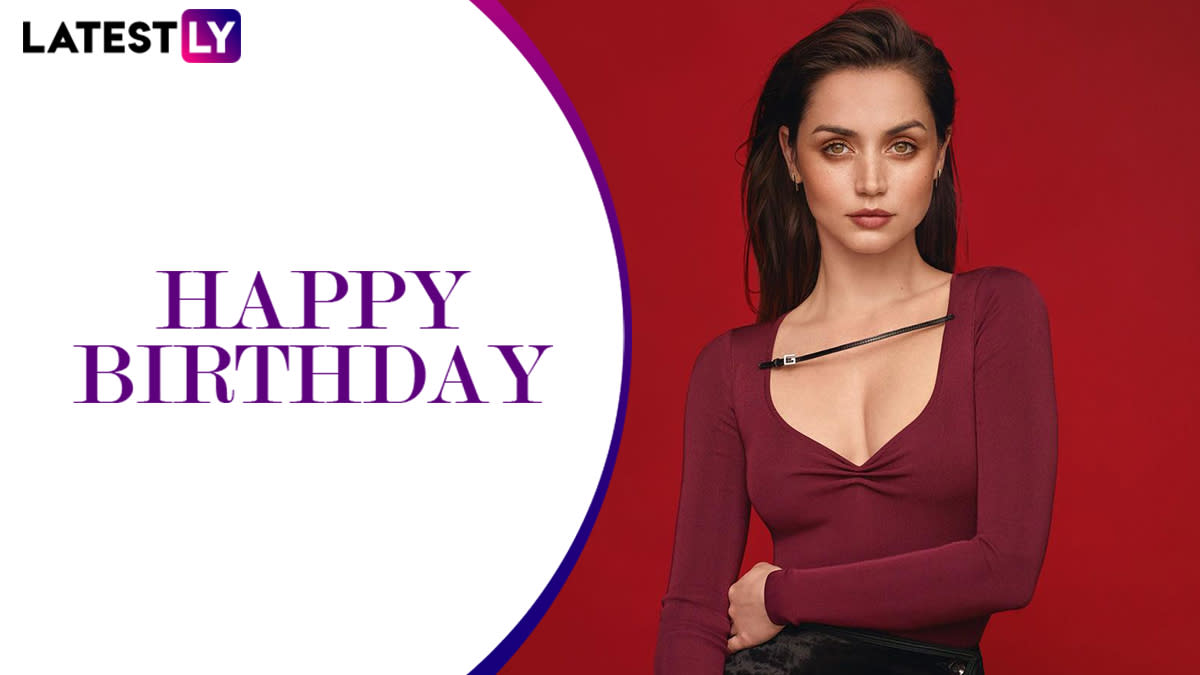 Cuban-American actress, Ana de Armas has made a strong mark in the industry with her acting chops. The actress was even nominated for Golden Globe for Best Actress for her role in Knives Out, and had made a stunning entry at the red carpet. Wearing a strapless sequined Ralph & Russo gown coupled with a center-parted low ponytail and a timeless red lip, the actress made heads turn at the event. Bond Girl Ana De Armas Asked to Attend No Time to Die Premiere Without Ben Affleck.

People often talk about Ana’s fashion choices, and her flawless skin also often become a topic of discussion. The actress is always glowing even without makeup, and her fans always wondered what is her secret. Even at 33, the actress looks gorgeous and we have found all the secrets behind her flawless skin. Celebrating her 33rd birthday, let’s see how does the actress manage to look so good all the time.

Check Her Secrets Out:

Being from Cuba, Ana did not have an access to beauty products. She learned how to go all natural and take care of one’s skin. In an interview with an online portal, Ana revealed, “Cuba is a very special place with a different kind of lifestyle. Growing up, beauty was more about always being natural. Wash your face, brush your hair, stay out of the sun — those were the things I heard. The philosophy was about taking care of your skin, washing it, putting some cream on. We didn’t have much anyways, so it was all about working with what you got.”

Avoid Applying A Lot of Makeup

Armas is not a very big fan of makeup. She likes to keep it minimal. “I need mascara and blush. I usually end up putting my blush on my lips, or the other way around. At night, if I were to go out, I might use a soft metallic eyeshadow that’s very subtle, where you just see a little bit of shimmer. But for daily life, I like plain, simple makeup,” she said during an interview.

Indulge Self-Care in Your Beauty Routine

Ana feels taking care of one’s mental heath and body also helps one glow radiantly. She has created a meditation room in her house to have some me time. She often take time off to think, meditate, feel good and health. She exercises everyday and says that she has learned to enjoy ‘my time’ in the bathroom doing her beauty routine.

Hand Cream Is A Must Have

Ana de Armas has some major movies in the pipeline. She will be seen in No Time to Die, the Daniel Craig-starrer James Bond movie, and Deep Water, a thriller in which she stars opposite Ben Affleck. While we wait for the movies to arrive on the screen, you join us in wishing the actress a very happy birthday.