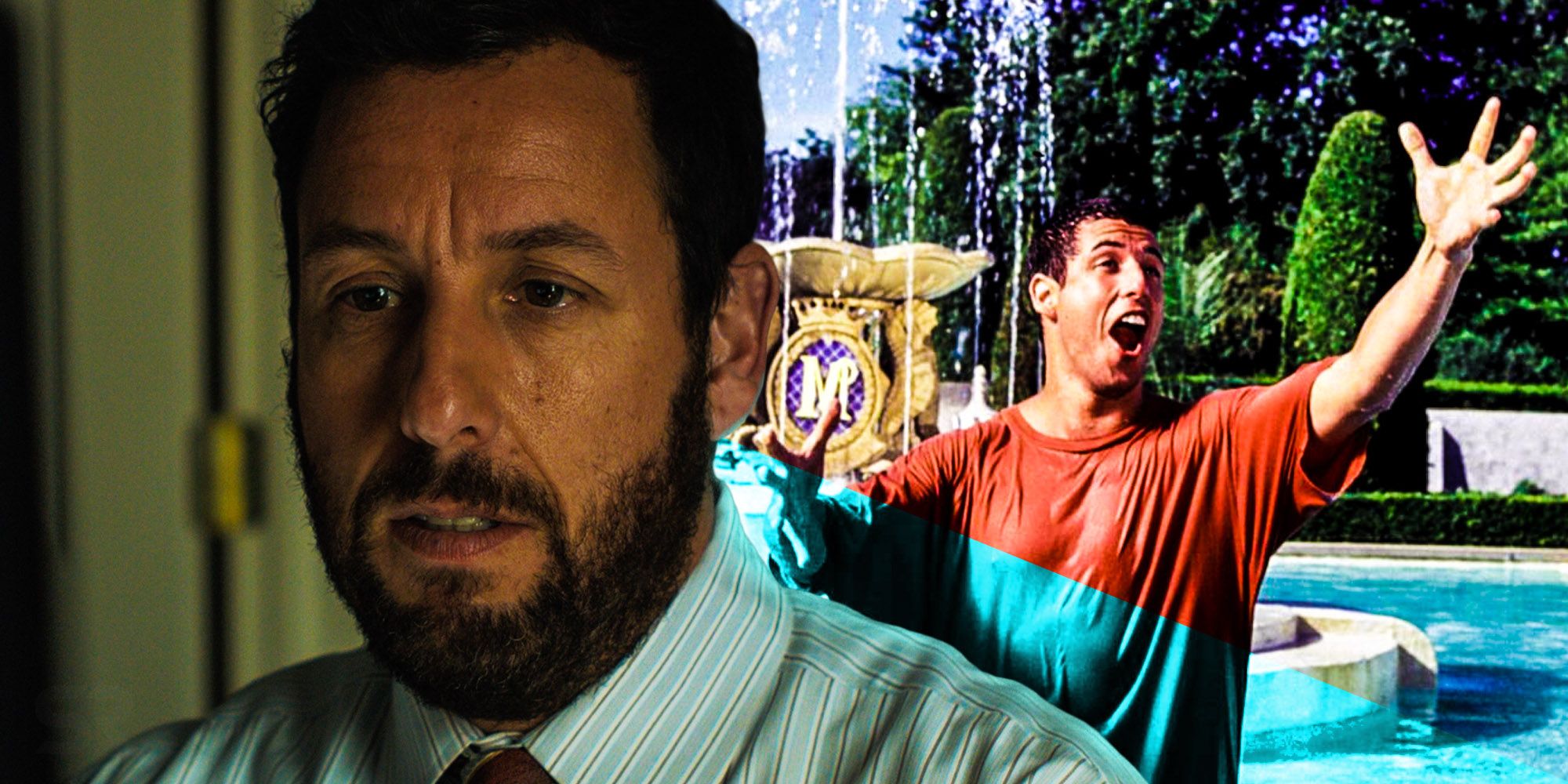 Adam Sandler’s forthcoming Netflix sci-fi film, Spaceman, could be the actor’s next chance at an Oscar following the snub for Uncut Gems.

Adam Sandler’s upcoming Netflix sci-fi movie Spaceman could be the actor’s next legitimate chance at an Oscar. Though Sandler isn’t widely known for starring in critically acclaimed films, that perception was recently changed with his career-best performance in 2019’s Uncut Gems. In addition to another Netflix film in development as part of his renewed megadeal with the streaming giant, Sandler has been tapped to play the lead in the adaptation of author Jaroslav Kalfař’s Spaceman of Bohemia. It might be early, but this project could put Sandler on the path for Oscar contention.

Published in 2017, Spaceman of Bohemia follows a lone astronaut named Jakub Procházka from the Czech Republic who agrees to go on a solo mission to investigate a cloud of “intergalactic dust” near the planet Venus. Unlike astronauts from other countries, Jakub is perfectly willing to go on the dangerous mission despite leaving behind his wife, Lenka. While on the eight-month mission, Jakub encounters a spider-like alien, Hanuš, who eventually befriends the astronaut after telekinetically tapping into his memories. While Jakub’s journey through space is on full display, he must turn to the mysterious alien for help when humanity as he knows it begins to crumble.

Most recently, Sandler starred in two fellow Netflix films, including The Wrong Missy and Hubie Halloween. The titles fell in line with what viewers have been familiar with when it comes to the actor in recent memory. After making a name for himself in the world of movies with ’90s hits like Happy Gilmore, Billy Madison, The Wedding Singer, and Big Daddy, Sandler fell into a pattern with forgettable comedies. Granted, there were some highlights; most didn’t hit the mark. The actor then revamped his career with his portrayal of Howard Ratner in Uncut Gems. Johan Renck’s Spaceman is still in early development, but it seems to be leaning toward a role with potential rather than his typical light-hearted Netflix roles.

Sandler’s performance as a jeweler and gambling addict in Josh Safdie and Benny Safdie’s Uncut Gems took a lot of viewers by surprise. Conversely, it proved how capable Sandler was at tackling more serious roles. Even though Uncut Gems garnered notable accolades, there was a consensus that Sandler deserved an Academy Award nomination for the part, resulting in a major snub. Playing Jakub in Spaceman could change that, seeing as the sci-fi adaptation will take on a somber tone. The project might serve as Sandler’s path to redemption after his recent Oscars snub, proving he’s a genuine threat in the entertainment industry.

It also doesn’t hurt Sandler’s potential in Spaceman considering Carey Mulligan has been cast as his on-screen wife. Mulligan, of course, is no stranger to the Academy Awards. Mulligan is coming off of a Best Actress nomination for her performance as Cassandra “Cassie” Thomas in Promising Young Woman. She lost to Frances McDormand, but who knows, maybe Spaceman will also give Mulligan a chance at glory starring opposite Sandler. Although his name isn’t synonymous with prestigious awards, it’s best to never count out Adam Sandler.

Kara Hedash is a features writer for Screen Rant. From time to time, she dives into the world’s most popular franchises but Kara primarily focuses on evergreen topics. The fact that she gets to write about The Office regularly is like a dream come true. Before joining Screen Rant, Kara served as a contributor for Movie Pilot and had work published on The Mary Sue and Reel Honey. After graduating college, writing began as a part-time hobby for Kara but it quickly turned into a career. She loves binging a new series and watching movies ranging from Hollywood blockbusters to hidden indie gems. She also has a soft spot for horror ever since she started watching it at too young of an age. Her favorite Avenger is Thor and her favorite Disney princess is Leia Organa. When Kara’s not busy writing, you can find her doing yoga or hanging out with Gritty.