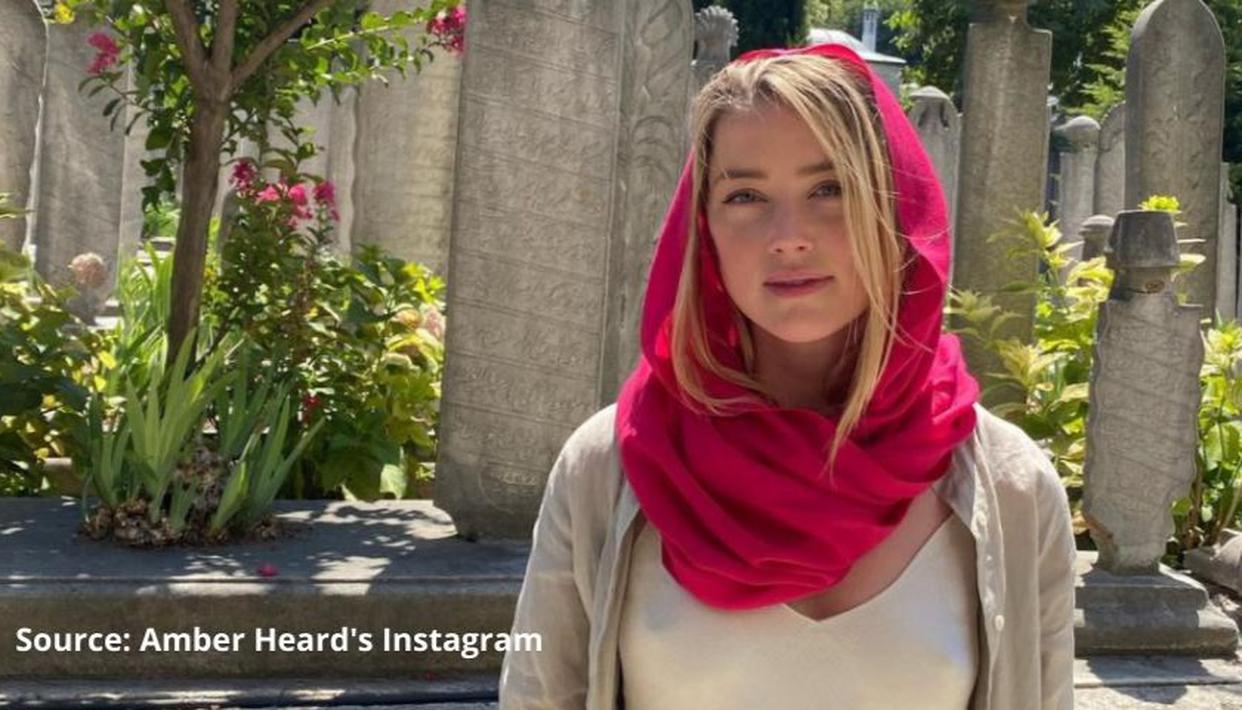 Amber Heard gets the Covid-19 vaccine

In the photo, the actress was seen wearing a mask and posing for the camera. Amber sported a brown colour jacket and wore a badge that read that she had gotten her Covid-19 vaccine. The actress showcased her impeccable complexion as she went make-up free to take her second jab of the vaccine and donned a pink and brown face mask. The comments on the actress’ post were limited. Michael Metzner, who is an Associate Producer and Medical Advisor on the show Grey’s Anatomy, left a comment on Amber’s post.

The actress had also shared her picture when she got the first dose of her vaccination. She had written, “Did someone say “vaccine queen”?” as she had shared the photo. Take a look at the picture below.

Amber Heard recently celebrated her 35th birthday on the 22nd of April. The actress shared a video on her Instagram to thank her fans and followers for wishing her on her birthday and giving her all the love and support. In the video, the actress was seen playing with the balloons and getting tangled in them. The actress was seen wearing a red coloured floral dress and had little to no makeup on. Amber wrote “Damn! Way to wake up to 35. Thanks for all the birthday love” as she shared the video on her feed.

On the work front, Amber is best known for playing the role of Atlantean queen Mera in the DC Extended Universe’s movies like Justice League and  Aquaman. Most recently she reprised her role as Mera in Zack Snyder’s Justice League, a director’s cut of the 2017 film. The actress is all set to reprise her role in the upcoming  sequel to Aquaman. Some of Amber Heard’s movies include  Never Back Down, Pineapple Express, The Joneses, The Ward, The Rum Diary, Drive Angry, Machete Kills and Magic Mike XXL.