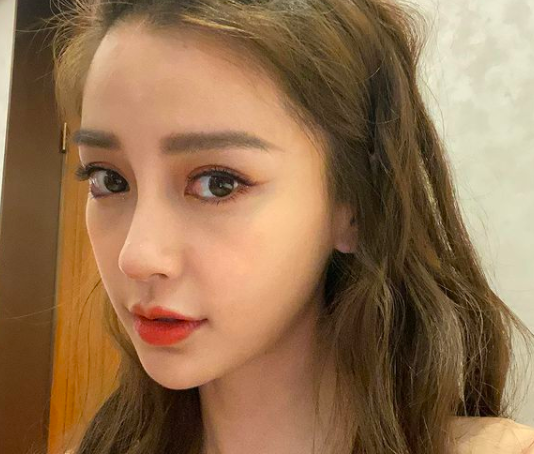 Sanya — Since 2008, Angelababy has promised to quit smoking but that clearly has not happened yet judging from her latest controversy.

While on vacation in Sanya, the 32-year-old was slammed by netizens after being snapped flicking her cigarette into a bush. Doing that is a potential fire hazard. Angelababy was out on a walk with a female friend when she suddenly took out a pack of cigarettes. Both of them starting smoking while continuing with their stroll, as reported by 8days.sg.

The actress then flicked her cigarette butt into the bushes before smoking another stick. Angelababy has been slammed by netizens as being “irresponsible” and “a potential arsonist”.

“She said she was going to quit smoking more than 10 years ago. If she wasn’t even going to try to keep to her word, she shouldn’t have said anything in the first place!” seethed one netizen.

Another said: “She can do whatever she wants with her life, but littering is illegal. What’s worse is that she didn’t look like she checked if the fire was out before she threw it into the bushes. What would she have done if she started a fire? She really needs to think before she acts.”

Netizens then recalled another time when she had another smoking scandal in November 2019 when the actress was caught smoking in a restaurant (which is illegal by the way). Many called for her to be punished at that time.

Now netizens are saying that the “recalcitrant” star will “never learn her lesson if she isn’t punished severely” and called for the China Association Of Performing Arts to ban her from the industry for promoting illegal activities (littering) and causing negative social impact (smoking and lying).

Born on February 28, 1989, Angela Yeung Wing, better known by her stage name Angelababy is a model, actress, and singer based in Hong Kong and mainland China. In 2013, she was chosen by Southern Metropolis Daily as one of the New Four Dan Actresses. In 2016, she won the Hundred Flowers Award for Best Supporting Actress for her role in the blockbuster film Mojin: The Lost Legend. She is a cast member of variety show Keep Running./TISGFollow us on Social Media

Send in your scoops to news@theindependent.sg