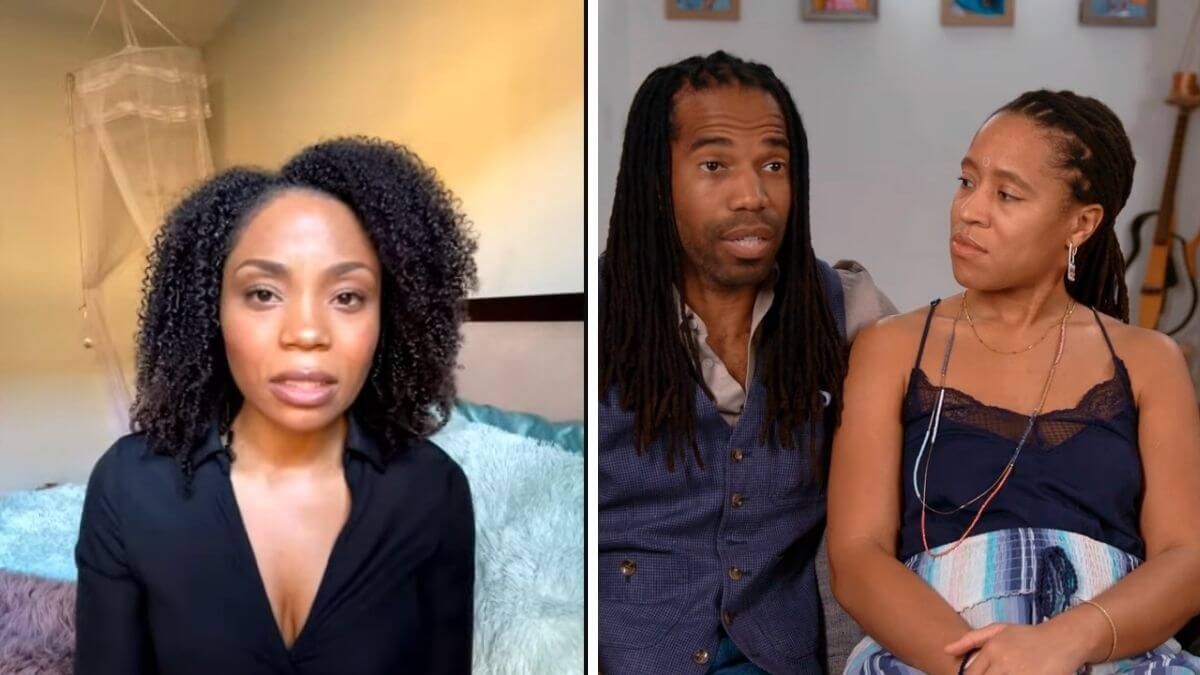 Actress Ariadne Joseph has spoken out once again about her plural relationship with Seeking Sister Wife stars Dimitri and Ashley Snowden, and detailed the couple’s requirement that she remain nude and alleged forced threesomes.

In a new interview with The Sun, Ariadne alleged that Dimitri was very pushy about moving things forward after meeting him and his wife, Ashley, in an online polygamy group in 2012.

In 2016, Ariadne moved from Louisiana to Georgia to live with the Snowdens and their then-three-year-old daughter, along with her own daughter, before they were part of the show, Seeking Sister Wife.

“He was pushing and pressing and rushing. I would ask, ‘What is the rush? Let’s get to know each other,” Ariadne said of her visit to the Snowdens’.

No love for Ron! The Jersey Shore “kids” came out for the MTV Movie & TV Awards and the Family Vacation cast was honored with 2️⃣ awards: Reality Royalty lifetime achievement and the Best Docu-Reality Show! ⁠?
⁠
Angelina posted a photograph of the cast, including herself, Vinny Guadagnino, Nicole “Snooki” Polizzi, and Jenni “JWoww” Farley on the ?red carpet.⁠?
⁠
In the caption, Angelina thanked everyone in the cast who was there and who couldn’t make the show including all of her fellow castmates with one notable exception, Ronnie‼️
⁠
But did the cast mention Ronnie in their acceptance speech? That answer – and more – at our #linkinbio!⁠
⁠
(?: MTV/Instagram)⁠
———⁠
#thesituation #jerseyshore #mikethesituation #snooki #ketoguido #vinnyguadagnino #jwoww #thesituations #laurensorrentino #mtv #realitytv #fanpage #fan #mtvjerseyshore #gtl #fanaccount #mtvmovieawards #JSfamilyreunion #JSfamilyvacation #jerzday #seasideheights #jerseyshorefamilyvacation #jsfv #wehaveasituation #winners #ronniemagroortiz #jennifarley #nicolesnookipolizzi #jerseyshorecast …

She continued, “They were living in this two-bedroom apartment. Then there were talks of we’re all going to pick a place. They made it very appealing by saying we’re going to move out of this apartment and all of us are going to decide where we’re going to live next. That way we have a fresh start. He convinced me to sell my furniture, my apartment and move out there.”

“When I walked into the house, I greeted my potential sister wife with no clothes on. He required me to be naked too,” she explained.

“I was okay with me being naked. I didn’t mind being naked. But I thought that was something we would do in the privacy of our own room,” Joseph continued.

Ariadne did, however, note that Dimitri and Ashley were a “pleasant” couple and that Dimitri proposed to her not long after she arrived in Georgia.

The actress divulged that things were going really well, initially

“Ashley seemed sweet. The first month was blissful. I was really happy the first month. I wanted to be happy. I had taken a leap of faith trusting him with myself and my children.”

“It was incredibly uncomfortable. We all slept in the same bed. This was his requirement. Him, me and Ashley shared a bed,” added the actress.

The actress moved out after nine months of living with the Snowdens, feeling as though she had been deceived and mistreated

She shared, “They’re very convincing, cunning, manipulative and believable. They had me fooled for a long time. These people bring humiliation to the women that are sincere coming into the family and being part of this lifestyle.”

Ariadne’s allegations come on the heels of another former sister wife, Christeline Petersen, alleging abuse at the hands of the Snowdens, back in January, when she was granted temporary restraining orders against the couple.

The charges were later dropped, and Dimitri has since filed for divorce from Christeline, citing that she abandoned the marriage.

Seeking Sister Wife airs on Mondays at 8/7c on TLC and Discovery Plus.