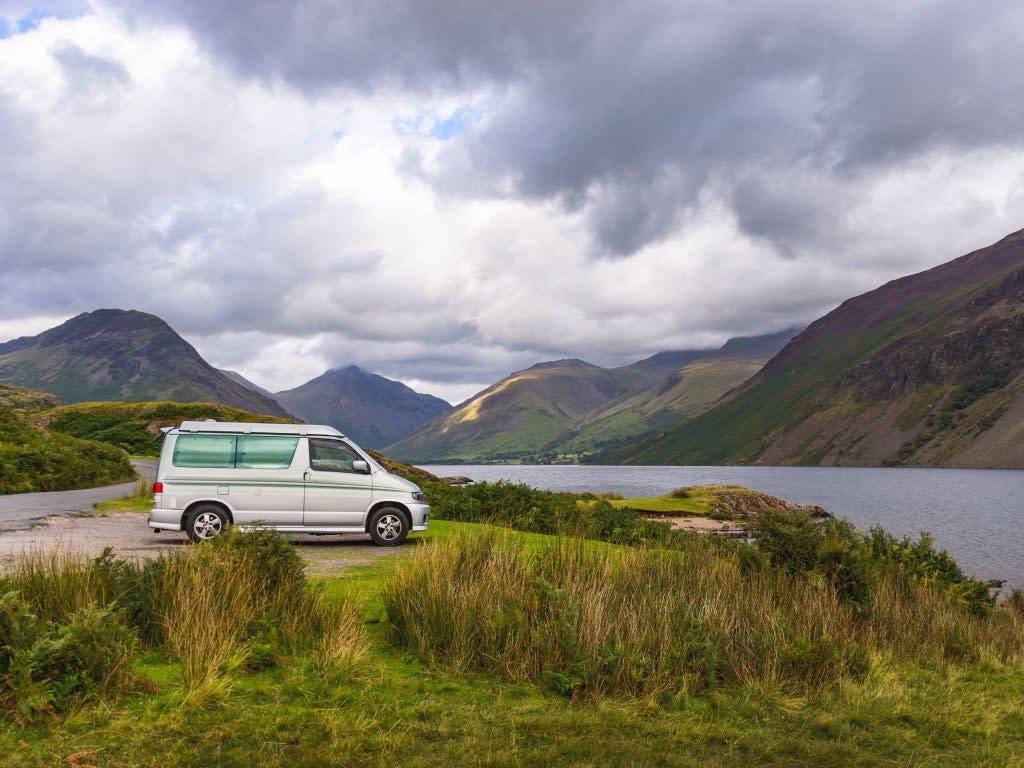 In a year when global movements have been restricted on a scale humanity has never seen before, it’s no wonder a film about wanderlust and the great open road won Best Picture at the Oscars.

Nomadland, Chloe Zhao’s gritty portrayal of middle-aged van dwellers in the US, is miles from the pristine images across social media by the Van Life movement – filled with beautiful millennials travelling to stunning locations. But there’s truth in both worlds; exploration, a fiercely independent community and freedom.

What many don’t realise is that nomadic communities in Britain are at risk of being phased out with amendments to the current trespassing law in the proposed Police, Crime, Sentencing and Courts Bill.

In Nomadland, Fern, played by Frances McDormand, is compelled to live in her van, choosing on a number of occasions to reside in her vehicle over luxurious houses. She travels and works in temporary jobs, and sleeps in staggeringly beautiful wide-open desert vistas. She’s part of a welcoming community on the fringes of civilisation.

The escapism and humbling scenery in the movie takes me back to when I lived a nomadic lifestyle, in a narrowboat on the UK’s waterways. Our community was a motley crew of explorers, creatives, retirees on hippie odysseys and canny young people – many in corporate jobs – who couldn’t afford a house deposit and didn’t want to waste their money on rent. Much like Van Life, being a nomad is often a choice made out of few options but offers endless possibilities.

Mooring up in areas of natural beauty, I was off-grid and self-sufficient. I didn’t have the constraints of utility bills, my solar panel provided my electricity and I used one canister of gas per year for cooking and hot water. Wifi and freelancing meant I could work anywhere with mobile reception on the 4,000 miles of canals in Britain, choosing whether to wake up with the sunrise and birdsong in a quaint village, the countryside or a city. While the lifestyle comes with some challenges, it’s deeply liberating.

Nomadland shows – as many of us have no doubt realised during the pandemic – you can’t put a price on freedom. But the freedom that comes with Van Life could be stripped away by new legislation in Britain. The proposed Police Bill will not only make it easier to shut down protests, but could also criminalise the Van Life community. The criminalisation of “unauthorised encampments” outlined in the bill is deeply worrying for UK van dwellers.

“We don’t want our lifestyle to be criminalised, and we don’t want to be deemed criminals,” says Amy O’Brien who swapped her corporate job working 60-hour weeks to live in a van full time and reconnect with nature. She runs the Van Monkeys blog and Instagram account with her partner Tom Ward.

The bill states that if a person “aged 18 or over resides or intends to reside on land without consent of the occupier of the land”, they could have their vehicle seized and face a fine of £2,500 or up to three months in jail if they don’t move on. When it comes to the Van Life community, where can they go? The isolated pockets of the UK that the Van Life community uses – you’ve probably never noticed them because dwellers are respectful and discreet – could be national parks, roads and car parks, even lay-bys on public highways, all private land.

The wording in the bill is unhelpfully vague and will require the discretion of the police. Currently, the legislation is based on whether there is a “reasonable suspicion that a person has committed this offence”.

With unemployment reaching a five-year high at the beginning of 2021, house prices painfully unaffordable, and “generation rent” struggling to save for a deposit, it’s understandable why thousands of young people in the UK are engaged in the online Van Life community, whether they are inspired to take a single trip or make a full lifestyle change.

“We’re taught in this country to grow up, get a house, and to work our whole lives until we retire, and then finally we can have some enjoyment,” explains Ward. “People are financially tied into their lifestyles and have to pay most of their income to support their housing. No one should be forced to live that lifestyle.”

The Police Bill is yet another example of how options for the young are being stifled. “This bill deliberately attacks people seeking an alternative lifestyle,” says O’Brien, who thinks the new regulations could cause more reliance on the state.

We must reject the trespass clause in the Police Bill and campaign for areas offering rights to roam, like Scotland’s Land Reform Act

“The government’s focus is to rehouse people and build more affordable housing. Tom and I are choosing to live this lifestyle, we don’t want to live in a house. At the moment, if we did, we’d probably have to claim unemployment benefits to meet the costs of living, because we can’t get full-time jobs. But we’ve got enough money to travel in our van. We don’t want government help and we don’t want to be in debt. In a van, we can be self-sufficient and have a great quality of life.”

Just as we put a high value on our public parks, we should see value in the wild camping experience Van Life provides. We must reject the trespass clause in the Police Bill and campaign for areas offering rights to roam, like Scotland’s Land Reform Act. North of England, most land can be accessed and wild camping is allowed. Countries including Finland, Iceland, Norway, Sweden, Estonia, Latvia, Austria, Czech Republic and Switzerland have similar right-to-roam laws, and each sees the value in nature and the freedom to explore.

It’s refreshing to see Hollywood acknowledge and celebrate those living in different ways. Nomadland carefully balances epic never-ending journeys with the social dislocation that many people around the world are experiencing, but the vibrant Van Life movement could be a footnote in British history unless we act now.

This diverse community will dwindle if we allow the proposed Police Bill to pass in its current form.