Berlinale 2021: A Film Festival Held Outside is Just What We Needed

Is there a safe way to still host in-person screenings at a film festival in the middle of a pandemic? That’s the question that has been on the mind of every last film festival all over the world. But there is one solution – hosting outdoor “open air” screenings with social distanced seating (or drive-in screenings in places where most people have cars). The Berlin Film Festival usually takes place in February every year, but this year they had to cancel their main event, as the third wave of the COVID-19 was taking over the city at the time. However, the festival eventually came up with an interesting plan: allow the press and industry access to a simple digital screening system in February to watch most of the line-up. Then follow-up in June during the summer with outdoor screenings of ALL of the films for the public. This worked like a charm. I caught two films during the Berlinale-in-summer series and found myself wondering why I didn’t get even more tickets.

One of the problems – tickets for almost every last screening over the two weeks sold out completely within hours of going on sale. Ticket websites for each venue crashed, and many people had problems getting even one ticket to begin with. But that’s because Berliners love cinema and they love the Berlin Film Festival. And everyone was hungry to get out and go watch some exciting new films with a sold out crowd of film lovers. Berlinale has always been a festival for the city, not so much for the industry, although they’re certainly an important part of the festival as well. Usually Berlinale makes sure there are numerous screenings all over the German city, and anyone can always get tickets to see something, whether it’s a doc or a shorts program, or something interesting. This year’s Berlinale line-up was considerably strong, despite the pandemic, and the buzz from press (myself included) back in February helped make sure this second summer session was a massive success. I just hope they consider doing more outdoor screenings like this every year from now on…

The two Berlinale films I watched in the outdoor venues were – the documentary Tina, about Tina Burner, co-directed by Daniel Lindsay & T.J. Martin; and the film about Hollywood and its wicked underbelly titled The Beta Test, co-directed by Jim Cummings & PJ McCabe. I’d already watched over 20 films during the online press preview back in February, and many of them are considerably impressive and have remained with me over the past months. I wrote reviews for a few of them back then – including Language Lessons, Je Suis Karl, and I’m Your Man. These two I hadn’t seen before and I’m glad I saved them for the big screen. Tina needed that full on sound to be properly appreciated; listening to her sing was ravishing. And The Beta Test was a unique experience because it’s being kept a big “secret” by the filmmakers. Plus, of course, there’s nothing like watching films with an audience: everyone together, focused on the screen, caught in the story. 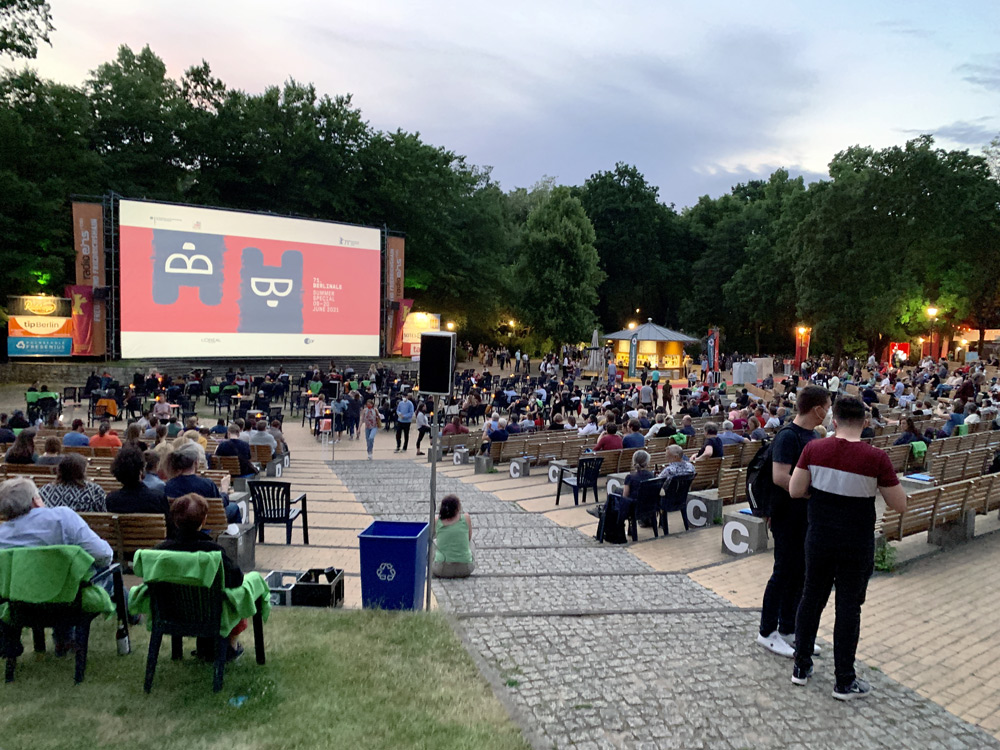 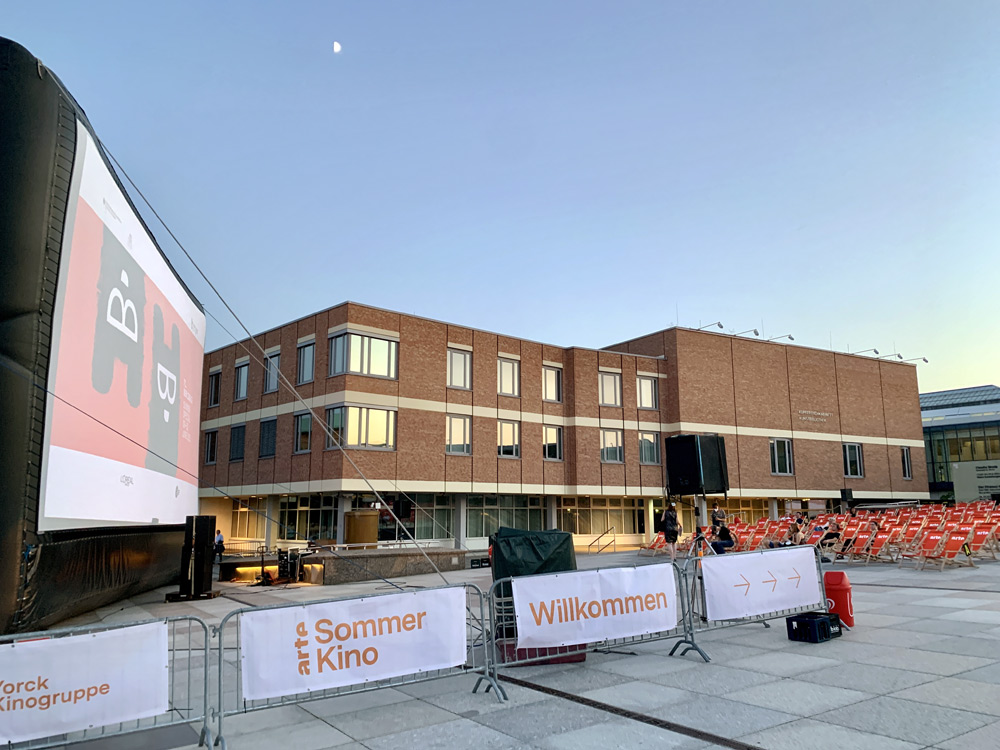 The final piece of the puzzle that made this summer experience so warm and welcoming was the fact it was finally summer. Almost as if arranged by the festival programmers, the weather in Berlin turned beautifully warm just days before the outdoor summer festival kicked off. And for the entire two weeks it was nearly perfect, no rain or bad storms or anything to get in the way. Just lovely, warm, balmy summer nights. They scheduled these June days perfectly. So, as I am sure anyone can understand, sitting out under the stars in the evening just as the sun was going down, watching Berlin Film Festival films with an audience that has been cooped up, stuck at home during this last year watching films only on their TVs, ready to be (closer) together to watch something – that experience was exhilarating, and it was a strong reminder that cinema is best enjoyed together. We need to all come together to watch films with ach other and that experience is something much more intoxicating than watching at home. And I am glad Berlinale put on these screenings, no matter how much later from the original fest they were. They seemed to be so good for so many people.

Both of my screenings were completely sold out and everyone was entranced by the film – laughing, gasping, applauding, and responding to the magic of the big screen. By the time I got to the second screening, I kept thinking I wish I went to more and booked more tickets. There were also so many more lovely venues I wish I could’ve gone to around the city of Berlin. The make-shift open-air cinema at the Kulturforum was great because you could sit and see the city glowing in the background, the buildings of Potsdamer Platz in the distance. Not the most comfortable seats but oh well, that’s normal for outdoor cinemas. They even built a custom cinema on the famed Museum Island in Berlin (photo here), which seemed to be one of the best spots. In additional to all the usual built-in “freiluftkino” (open air) venues located at parks all over. It felt so warm and friendly and welcoming to be back at a cinema, back at a film festival. With pandemic safety checks and social distanced seats and masks, yes, but with the magic of the big screen still there to dazzle us.