Bhutan’s Oscar Submission ‘Lunana: A Yak in The Classroom’ Trailer

“I have hope that you will give these children the education they need to become more.” Samuel Goldwyn Films has revealed a new official US trailer for the indie film Lunana: A Yak in The Classroom, made in Bhutan by a filmmaker named Pawo Choyning Dorji. This originally premiered at festivals back in 2019, but has been waiting for an official release ever since then. An aspiring musician living with his grandmother in the capital of Bhutan, Thimphu, dreams of getting a visa to move to Australia. But he is instead sent to Lunana, to teach at a remote school high in the mountains. Starring Sherab Dorji as Ugyen. The film was submitted by Bhutan as their Oscar submission for 2021, but they ran into some problems. “Unfortunately, it was not officially accepted by the Academy because Bhutan hadn’t submitted a film in decades and did not have an officially recognized committee. [But] by the time the Bhutanese government was informed by the Academy of Lunana: A Yak in the Classroom’s submission being disqualified, there was no time” to do this correctly. Bhutan is such a beautiful country, I can’t wait to visit one day. This looks like an uplifting story.

New US trailer (+ posters) for Pawo Choyning Dorji’s Lunana: A Yak in The Classroom, from YouTube: 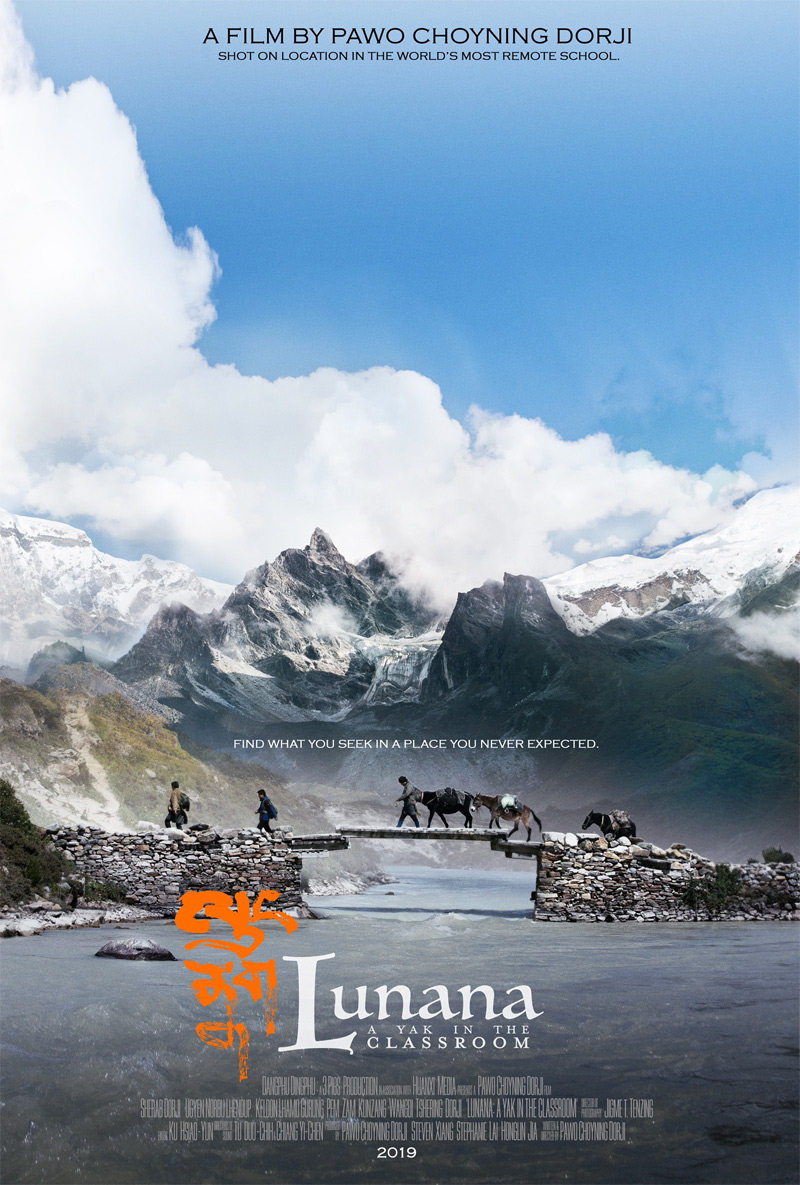 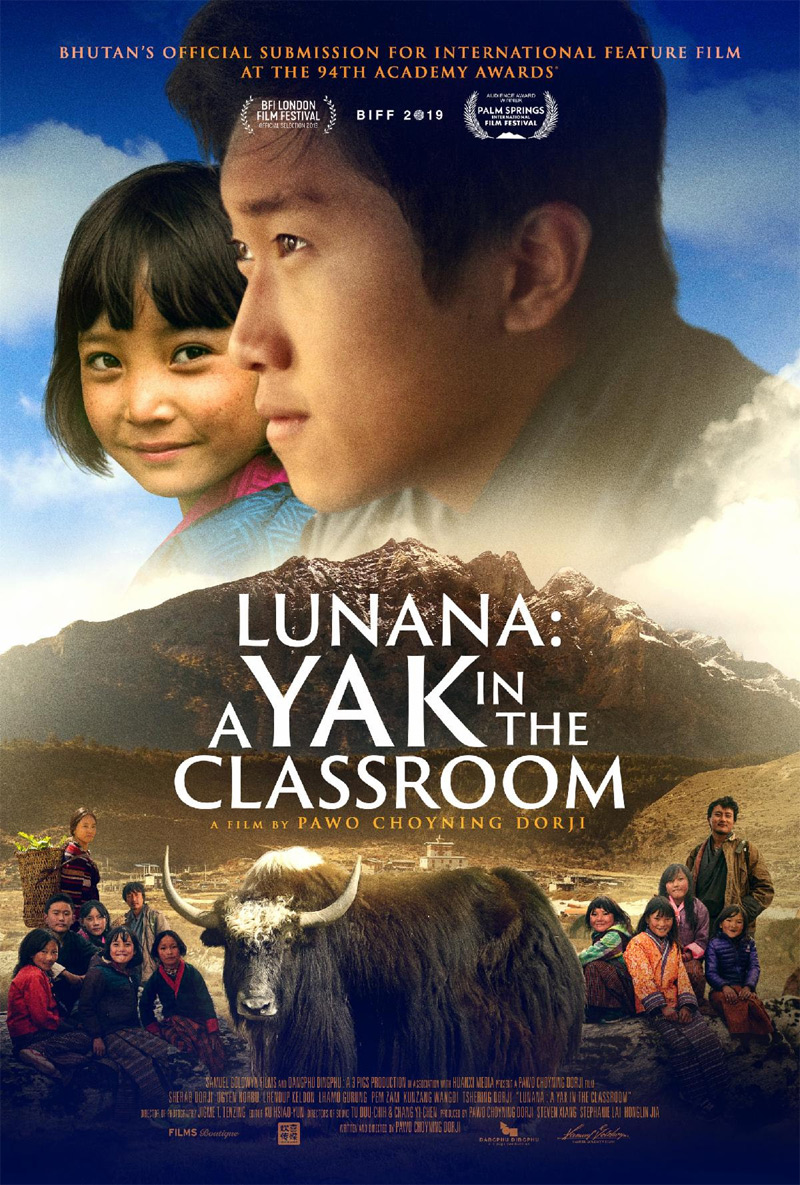 Struggling with his chosen profession, Ugyen is disappointed to learn that in his final year of training he’ll be sent to Lunana, in northern Bhutan – a staggering seven-day walk from the nearest drop off point. The high altitude and lack of amenities finds Ugyen wanting to leave almost as soon as he arrives. But the local children welcome him and try to win him over. But they don’t have long – he must decide whether to stay or go before the punishing winter reaches this glacial part of the Himalayas. Filmed using cameras operating on solar-powered batteries, this is a charming drama that gives insight into a part of the world rarely seen on the screen. Lunana: A Yak in The Classroom is written and directed by Bhutanese filmmaker Pawo Choyning Dorji, making his feature directorial debut after producing the film Hema Hema: Sing Me a Song While I Wait previously. This first premiered at the 2019 London Film Festival, and also played at the Busan Film Festival that year. Goldwyn Films will debut Lunana: A Yak in The Classroom in select US theaters (NY’s IFC Center) starting January 21st, 2022 this winter. Look good? Who wants to watch?