“This is about survival. You gotta be ready.” IFC Films has revealed the official trailer for Catch the Fair One, a thriller about a Native American boxer named Kaylee “K.O.” Uppashaw – played by Kali Reis. This premiered at the 2021 Tribeca Film Festival last year, and also played at the Woodstock, Buffalo, Deauville, Warsaw, and Philadelphia Film Festivals last year. A former champion boxer embarks on the fight of her life when she descends into the dangerous world of trafficking in search of her missing sister. Her strength and determination are tested as Kaylee fights the real fight of her life—to find Weeta and make her family whole again. Kali Reis stars, and she also co-wrote the script. The cast also includes Daniel Henshall, Tiffany Chu, Michael Drayer, Shelito Vincent, Lisa Emery, Kimberly Guerrero, and Kevin Dunn. And if you still need more convincing, it’s executive produced by Darren Aronofsky. This is a very slick trailer, and makes it look like a real gem waiting to be discovered. After all this footage – yeah I definitely need to see it.

Here’s the official trailer for Josef Kubota Wladyka’s Catch the Fair One, direct from YouTube: 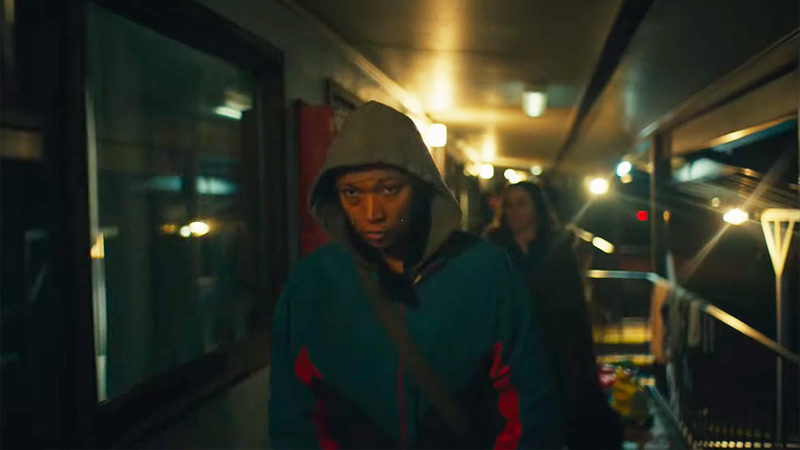 Kaylee “K.O.” Uppashaw (Kali Reis), a mixed Indigenous boxer, prepares for a championship fight. Her hands are wrapped, gloves taped shut, and face greased. She’s preparing for the boxing match of her life. The crowd roars in the distance as the sounds crescendo into a fever pitch — but then Kaylee wakes up in a women’s shelter from a wishful dream of a life she once had. This is her reality. A boxer struggling to pick up the pieces of her life. After her shift working at a diner, she meets a P.I. who presents her with evidence that Weeta, her younger sister who disappeared two years ago, is possibly alive and now circulating in a trafficking network. He tells her a time and place to plug herself into this dangerous world in hopes of finding her. Kaylee agrees and sets off on a dark and treacherous journey. Catch the Fair One is directed by American filmmaker Josef Kubota Wladyka, his second feature after Dirty Hands previously, plus some TV directing work. From a story by both Kali Reis & Josef Kubota Wladyka. IFC Films will debut Catch the Fair One in select US theaters + on VOD starting on February 11th, 2022 this winter. Want to watch?