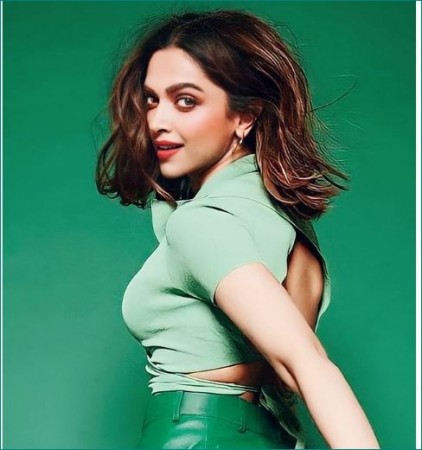 Bollywood actress Deepika Padukone is all set to be seen in a new film that is yet to be revealed. According to reports, Deepika will soon be seen in Shakun Batra’s film. According to reports, the film also stars Deepika’s opposite Siddhant Chaturvedi and Ananya Panday. Deepika’s role has now been revealed from the film amidst all this. In fact, some reports say that Deepika is going to play a fitness trainer in Shakun Batra’s upcoming film.

Yes, the film will actually be based on the life of a celebrity fitness trainer. There are also reports that the film will also showcase an extramarital affair. On the other hand, the writers of Dharma Productions have denied this. However, it is being said that Deepika is playing the role of a fitness trainer in the film. It is also being reported that Ananya and Deepika will be sisters in the film and Deepika Padukone will be the opposite of Siddhant Chaturvedi in the film. With this Ananya Panday will be the romantic partner of Dhairya Karwa in the film. According to reports, Shakun Batra’s film will show a lot of drama and suspense.

Talking about the work, Deepika Padukone was last seen in the film Chhapak which released in January 2020. The film did not do much on-screen but the actress’s acting was highly appreciated. Deepika soon to be seen with her husband and actor Ranveer Singh in the film ’83.’ She will also be seen in the films ‘Baiju Bawra,’ ‘Fighter,’ ‘Sanki,’ and ‘Pathan.’