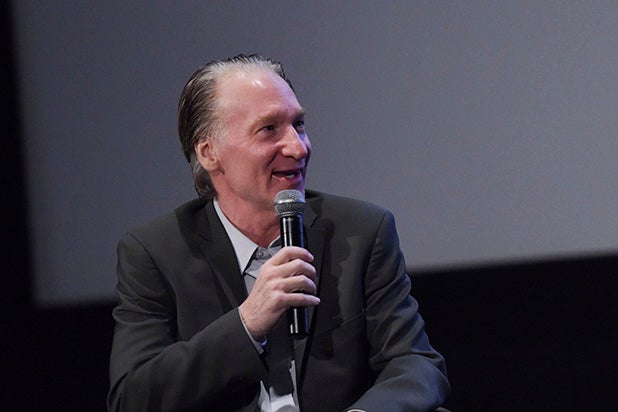 Bill Maher went on an extended rant about the “depressing” lineup of Best Picture nominees at the Oscars this year, pinning blame on “virtue signaling” among Hollywood liberals.

“You couldn’t have a worse time at the movies if there was an active shooter in the theater,” Maher says, during the six-minute segment on Friday’s episode of “Real Time.” “The 2021 Oscars, brought to you by razor blades, Kleenex, and rope. Please welcome our host, the sad emoji.”

Maher ran through the list of nominees including Chloe Zhao’s “Nomadland,” the Carey Mulligan revenge thriller “Promising Young Woman” and Minari, “the story of dirt-poor Korean immigrants in Arkansas who put all their food in a barn but then grandma has a stroke and burns it down. Now enjoy the show!”

Maher also compared the nominated films to “traffic school at the Holocaust museum” and complained about the host-less Oscar ceremony where “the funniest part of the whole night” is the “In Memoriam” segment.

“Academy nominations used to say, ‘What great movies we make. Now they say, ‘Look what good people we are,’” Maher said, bemoaning the fact that “Hollywood used to know how to make a movie that was about something, a movie for adults that was also entertaining and not just depressing.”

“I keep asking myself why do so many liberals have the seeming desire to want to be sad,” Maher said. “Could it be because being sad allows you to feel like you’re doing something about a problem without actually having to do anything?

Watch the clip above.