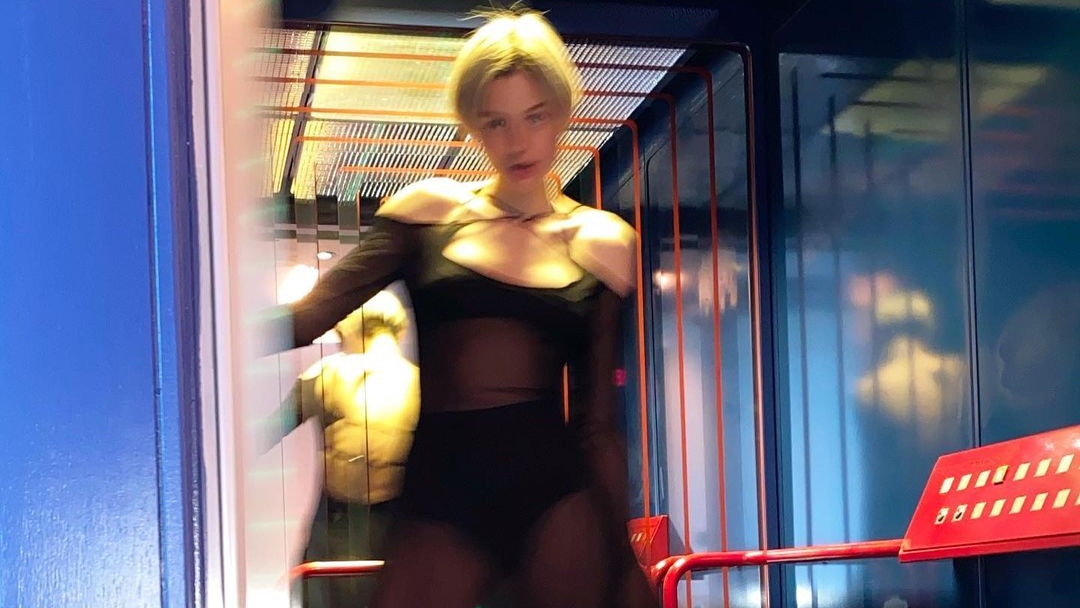 Emma Corrin has undoubtedly won the red carpet season and even when it is all but finished she has still managed to revive pieces that would have otherwise gone unseen (cue: collective gasp). Overnight Corrin’s stylist Harry Lambert shared a series of snaps of the actress as she attended a birthday soirée.

“Another red carpet look lost to covid ….. making its debut at a @harris_reed birthday dinner,” Lambert captioned the post.

The look in question showcased three female British designers. The sheer cascading gown was the brain child of Charlotte Knowles. The Central Saint Martins graduate has a penchant for blending lingerie and utilitarian design cues for daring contemporary pieces – the designer counts Bella Hadid as a fan. The bag is courtesy of ROOP, founded by Natasha “Roop” Fernandes Anjo. With environmentally sustainable practices in mind her sweet fabric evening bags are one-of-a-kind and lovingly handmade. Rounding out the look is shoes by Tabitha Ringwood – bespoke, handcrafted footwear.

The look is somewhat reminiscent to Sophie Turner’s date night look from the weekend.

Corrin has quickly become a style icon whether it be thanks to her nonchalant presence or simply because she knows how to cut an unexpected look. At the 2021 Golden Globes, Corrin wore MiuMiu which seemingly paid homage to her role in The Crown. And at the Critics Choice Awards Corrin appeared on the virtual red carpet (read: Instagram) in Schiaparelli Spring/Summer 2021 Couture.

Following her role as Princess Diana in The Crown, the 25-year-old is slated to appear alongside Harry Styles in the forthcoming film, My Policeman. Corrin will front the role of Marion, the wife to Styles’ character Tom. Paparazzi images reveal the “Watermelon Sugar” artist passionately kissing Corrin. And all we can say is, you’re welcome.