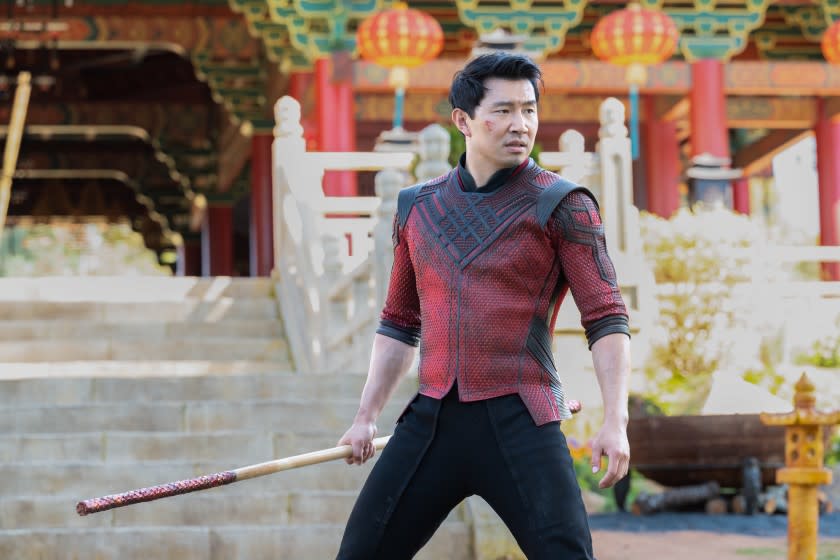 It’s been a busy few days in the Marvel Cinematic Universe.

“Doctor Strange” sparked criticism before its 2016 premiere for casting Tilda Swinton, a white woman, as the Ancient One, who debuted in 1961 and has been Marvel Comics’ longest-standing Asian male character. Co-screenwriter C. Robert Cargill, a white man, said in an interview on Double Toasted, “[P]eople are like, ‘Well, why not cast Michelle Yeoh?’ … If you are telling me you think it’s a good idea to cast a Chinese actress as a Tibetan character, you are out of your damn fool mind and have no idea what … you’re talking about.” He added, “We knew that the social justice warriors would be angry either way.”

Director Scott Derrickson later offered a more nuanced explanation of the casting: “Whitewashing, if you use the term the way it’s used now — it’s what I did with the role. But it also implies racial insensitivity and it implies racist motives and I don’t think I had either. … But it’s like I chose the lesser evil — and just because you choose the lesser evil it doesn’t mean you’re not choosing an evil.”

And now Feige has stepped up via Men’s Health, where he said, “We thought we were being so smart and so cutting-edge. We’re not going to do the cliché of the wizened, old, wise Asian man. But it was a wake-up call to say, ‘Well, wait a minute, is there any other way to figure it out? Is there any other way to both not fall into the cliché and cast an Asian actor?’ And the answer to that, of course, is yes.”

Liu has been dealing with fan criticism regarding his casting, though not over his ethnicity. A supplemental piece to the Men’s Health cover story is headlined, “Simu Liu Responds to the Chinese Criticism He Was ‘Too Ugly’ to Play Shang-Chi.”

“I got a ton of trolls,” he told the outlet. “They’d leave Chinese comments on my page, and I’d be so excited to translate them because I thought ‘ooh they must be voicing their support.’ And [instead] it would be like, ‘Your face looks like a dog’s anus, you don’t deserve this role.’ “

On Sunday, Liu tweeted, “Soooo glad that my friend showed me how to translate comments on Weibo” along with screenshots of comments such as “Handsome? ? ? ? Ha ha ha ha,” “I really don’t see where he is handsome …” and “Very standard Western aesthetic standards for Asians,” among others.

Plenty of fans, of course, have tweeted their support: “In response to the person that said ‘I really don’t see where he is handsome’ … I would say ‘Everywhere’” and “These folks couldn’t spot handsome with a GPS. Hubba hubba @SimuLiu” are among the cleaner representative rebuttals.

(Feige has said that if there’s a lead in “Eternals,” it’s Chan’s Sersi, which would make her the first Asian female lead in an MCU project.)

Apart from the trailer’s visual beauty — making an early bid for a costume design Oscar nomination — it depicts the cosmic characters’ first encounter with Earthlings at what looks like the dawn of human civilization. The Eternals help humans grow crops and progress technologically while displaying powers of flight, super-speed and matter manipulation, among others.

“We have watched, and guided; we have helped them progress and seen them accomplish wonders,” says a voice-over that sounds like Hayek. “Throughout the years, we have never interfered — until now.” (Which might answer the question, “Where were you godlike beings when Thanos was wiping out half the universe?”)

The trailer includes a tasty Easter egg in the closing moments to tie it fully to the MCU. The eternally youthful-appearing Sprite (Lia McHugh) muses to the others, “So, now that Captain Rogers and Iron Man are gone, who do you think is gonna lead the Avengers?”

Madden’s Ikaris suggests he could take the role … and the gathered Eternals burst out laughing.