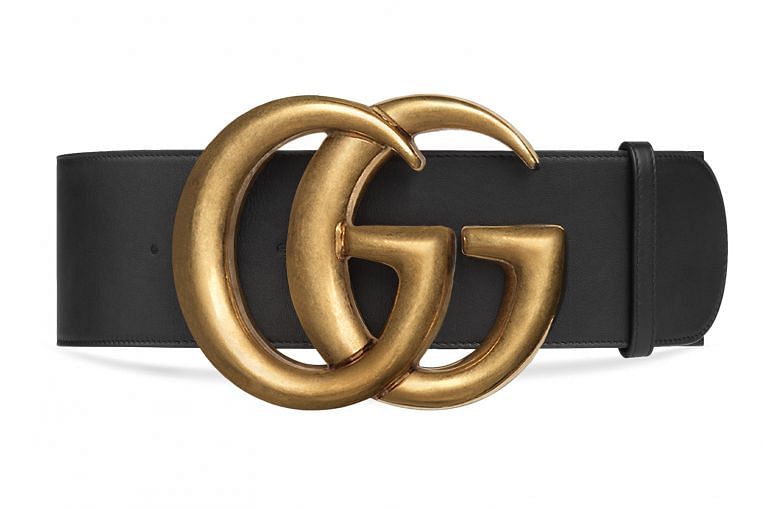 Trends come and go with the seasons, but true style always finds a permanent place on vanities and in hearts. In the world of fashion where novelty abounds, items – from perfumes to accessories – which do not lose their allure over time become cherished classics.

Here are eight items which are still in vogue despite the decades.

A pair of interlocking gold letter Gs over a strip of high-quality leather makes for one of the most recognisable belt designs in fashion.

Italian luxury fashion house Gucci has been churning out belts since its inception in 1921. However, the logo-bedecked GG Marmont belt was catapulted to fame only in the 2000s when statement pieces featuring brand logos became more popular.

It has been sported by actress Jennifer Aniston and models Cindy Crawford and Kendall Jenner, among many other celebrities.

Easily paired with anything from high-waisted jeans to casual dresses, the belt – with its eye-catching Gucci logo – can be counted on to elevate an outfit, making it a cult favourite and a versatile addition to any wardrobe.

Over the years, the brand has reinvented its signature belt with crystals, pearls and other adornments.

French fashion powerhouse Louis Vuitton’s (LV) iconic monogram, which was introduced in 1896, is likely one of the most recognisable patterns in the world.

The overlapping “L” and “V” initials with a floral design grace many of its products, from accessories to leather goods.

The French maison’s luggage, in particular, has remained in style through the decades.

Some of LV’s earliest supporters include film icon Audrey Hepburn, fashion designer Coco Chanel and French actress Catherine Deneuve. Today, the socialite Kardashian family, supermodel Kate Moss and actress Fan Bingbing are among the celebrities who have this suitcase in tow when they travel.

Since its founding in 1854, LV has maintained a reputation for creating durable and stylish goods that, like Hermes’ Birkin, are considered to be solid investment pieces with high resale values.

In order to maintain its exclusivity and premium price tags, the brand reportedly sends all unsold products to be destroyed and burnt every year.

This way, LV has been able to control its stock numbers so its goods retain value as luxury items.

Celebrating its centenary this year, the perfume – which debuted on May 5, 1921 – is a concoction by French-Russian perfumer Ernest Beaux and couturier Gabrielle “Coco” Chanel, and is the epitome of a classic style item.

Created to embody the sophistication and sensuality of a woman, the scent carries a complex blend of florals such as rose and ylang ylang over warm base notes of vanilla, vetiver and sandalwood in a combination of more than 80 ingredients.

The perfume is also said to wear differently from person to person – evoking floral elements on one and fresh, powdery scents on another.

Even the bottle, with its distinctive octagonal stopper, is iconic. The late Andy Warhol immortalised it in the 1980s with his silk-screened pop art, Ads: Chanel.

With its allure and popularity, Chanel No. 5 has become synonymous with class and femininity, drawing women in decade after decade. Its star-studded fan base includes the late Hollywood actress Marilyn Monroe, as well as singer Celine Dion and supermodel Gisele Bundchen.

In 2019, National Public Radio reported that one bottle of Chanel No. 5 is sold every 30 seconds.

It was created in the throes of World War I in 1917 by watchmaker Louis Cartier. As its moniker suggests, the watch was inspired by the military combat vehicle of the same name.

Its angular watch face and subtle design elements, such as the rectangular “rail” that marks the minutes on the watch, are a nod to this influence.

But, for all the hardiness the design represents, the timepiece is a picture of timeless elegance on the wrists of both men and women alike.

American artist Andy Warhol famously said: “I don’t wear a Tank to tell the time. In fact, I never wind it. I wear a Tank because it’s the watch to wear.”

As much a classic accessory as it is a functional gadget, the Cartier Tank will be lauded for years to come.

One of the most coveted totes of all time is the Hermes Birkin bag, which made its debut in the 1980s.

Handmade from leather and finished in the fashion house’s signature saddle stitching, the bag – inspired by English actress and model Jane Birkin – incorporates both style and utility into one accessory.

The hallmarks of a Birkin are its box-shaped design, lock and key fixtures, and two top handles, differentiating it from Hermes’ similar Kelly bag, which has just one handle.

The Birkin’s rise to fame was fuelled by its appearance in an episode of the sitcom Sex And The City (1998 to 2004). The waiting list for the bag apparently tripled in length after the episode aired.

One of the most expensive Birkins ever created – made with crocodile skin and white gold and diamond hardware – sold for more than $412,000 at auction house Christie’s in 2016.

Unsurprisingly, Birkins are considered to be sound investment options with high resale value. These days, the classic tote may come in myriad sizes, colours and fabrics. Through and through, however, it remains the ultimate status symbol among luxury bags.

The legendary Converse Chuck Taylor All Star made its debut in 1917 as a basketball shoe.

But it was only later in the 1920s that it gained popularity, thanks to American basketball star Charles “Chuck” Taylor.

From the sturdy rubber sole to the unmistakable silhouette, the Chuck Taylors’ iconic look has won many over since the shoes’ introduction as athletic footwear.

Now, some might even call the Chuck Taylors a cultural icon. Aside from basketball players, they were also worn by punk rockers of the 1970s and grunge lovers of the 1980s.

In more recent times, the shoes have found success with a young crowd as high-profile collaborations with labels such as Commes des Garcons and fashion designer Kim Jones lead to fresh looks.

The support of celebrities has also helped to cement the shoes’ must-have status. Singer Elvis Presley and actor Michael J. Fox have both worn the sneakers while filming.

Now owned by Nike, Converse continues dishing out new variations of the iconic sneaker alongside classics such as the shoes’ single-coloured versions, while still honouring the comfort and affordability that have carried its brand through history.

With 148 years of history to their name, Levi’s 501 jeans have come to be recognised as the gold standard of denim.

Originally designed in 1873 for labourers, the first pair of blue jeans to be coupled with a button fly can now be found in wardrobes all over the world. In 1999, Time Magazine even named the jeans the fashion item of the 20th century.

The 501 jeans flaunt a straight leg, a regular waist cut with signature riveted pockets and a tiny red label bearing the brand’s name on the side of a back pocket.

Versatile, comfortable and affordable, they have undergone multiple facelifts to keep up with the times since their inception. The line now includes skinny and stretch versions, among others.

Still, vintage 501 jeans retain their edgy appeal – rips, holes and all – and can fetch thousands of dollars on online platforms such as eBay.

Old or new, they continue to be a flattering and resilient piece for the ages.

To identify a pair of Louboutin heels, one need only look at the soles. Since 1993, luxury footwear creator Christian Louboutin has been painting the bottom of these heels a bold red – symbolising power and confidence – that instantly alludes to the brand. The signature red-lacquered sole is even trademarked in countries such as the United States and France.

Last year, before the opening of his exhibition in Paris, Louboutin told Agence France-Presse: “I don’t think about comfort when I design.”

Artistes from Cardi B to Jennifer Lopez have dropped references to Louboutins in their songs – “these expensive, these is red bottoms”, raps Cardi in her 2017 hit Bodak Yellow.

A pair of these heels can easily rack up a four-digit price tag, but the brand justifies it with production costs, which include expert craftsmanship and exceptional attention to detail. In an intricate process of sketching, cutting and stitching, entirely by hand, a pair of Louboutin heels takes hours to morph from paper to product. 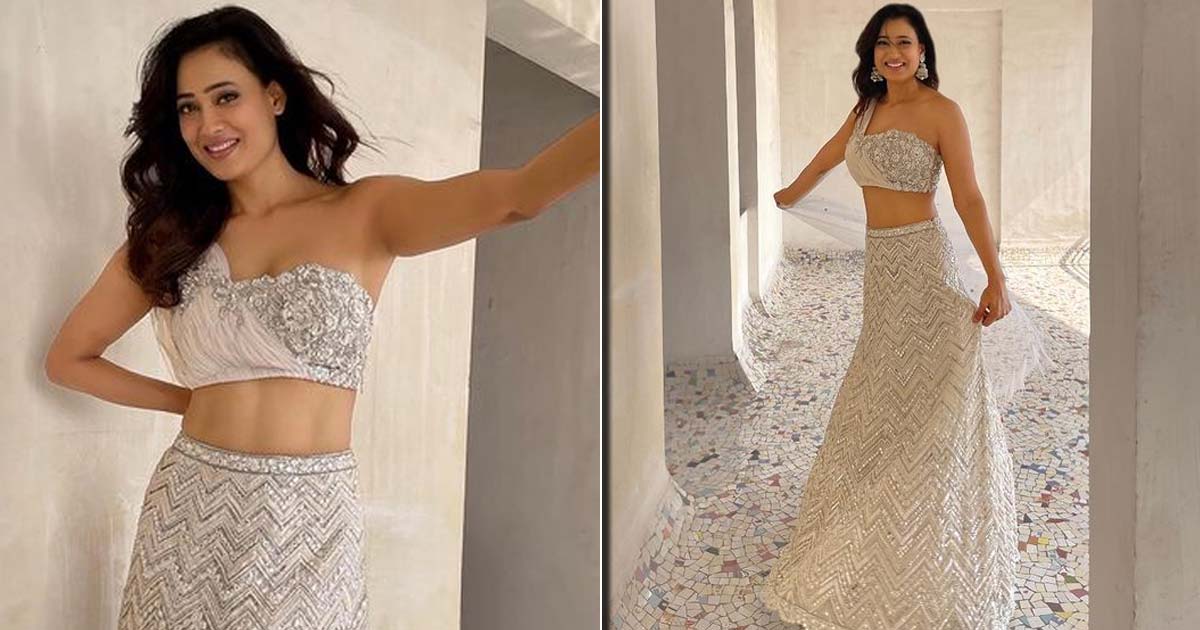 Shweta Tiwari Makes Jaws Drop In Her White Lehenga & God, Is She Really 40? From Crash Landing on You to Hotel Del Luna; Here are the K dramas we’re binge watching for a fashion fix