“And I summon you to a war!” Hex Studios has released the official promo trailer for a new epic fantasy project called Dragon Knight, a throwback to the fantasy epics of the 70s and 80s. The film is in the midst of a funding round on Kickstarter so they can finish up their post-production and release the film later this year. When a malevolent force takes hold over the kingdoms of Agonos, a lone knight must embark on a perilous quest to find the last dragon, and save the world from this great and growing evil. The screenwriter adds: “Dragon Knight will have everything you expect from a fantasy film: dragons, heroes, epic battles, but it also has something to say, and should feel relevant to the strange times we live in.” Let’s hope it’s good. The film stars Joanne Garnet, Emily Louise Knutsson, Megan Tremethick, Michael Daviot, Ryan Livingstone, Regan Walker, and Jock Ferguson. We’ve also included the retro illustrated poster from artist Neil Fraser below as part of their campaign. Check it out and let us know if this film looks any good. 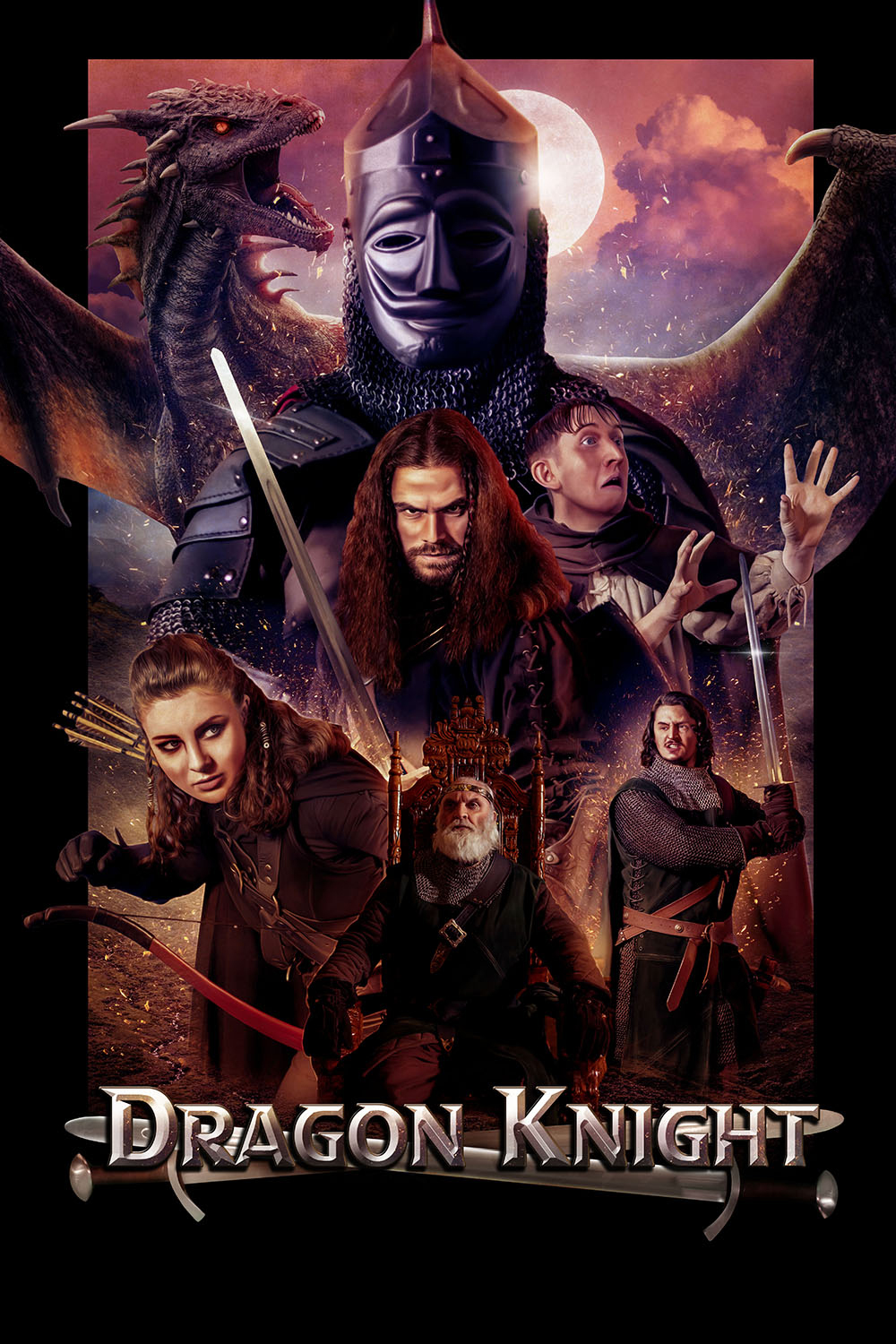 Based on an original concept by Hex Studios’ Lawrie Brewster and Sarah Daly, Dragon Knight is a gritty fantasy epic, set in the dystopian lands of Agonos, where a lone knight must embark on a perilous quest to save the world from a great and growing evil. According to director / producer Lawrie Brewster: “Dragon Knight takes inspiration from the fantasy films of the 70s and 80s, and classic fantasy literature, like the Conan the Barbarian series of books, and John Boorman’s Excalibur. We want to capture the sense of wonder and awe that fantasy can bring, with a story that is totally original, but feels timeless. And, like all our projects, the film will have a dark edge, so we’re not straying too far from our horror roots!” Dragon Knight is directed by Scottish genre filmmaker Lawrie Brewster, director of many other films including White Out, Lord of Tears, The Unkindness of Ravens, The Black Gloves, The Devil’s Machine, and For We Are Many previously. The screenplay is written by Sarah Daly. It’s produced by Hex Studios. The project has already filmed, but they’re collecting extra funding for post-production via Kickstarter to make it look even better. No release date is set yet, but it’s expected to premiere later in 2021. Stay tuned for more. Who’s in?