“It’s us against him!” Dark Star Pictures has unveiled an official trailer for a Canadian horror comedy called Ankle Biters, the feature directorial debut of filmmaker Bennet De Brabandere. This is opening on VOD in the US later this month, skipping theaters and creeping into your home soon. A retired pro hockey player invites a single mother and her four little girls to his cottage for the summer, and discovers that the girls are violently opposed to having a new dad. These four adorable girls plot to murder him after they mistake an act of lovemaking as an attack on their mom. Described as “a new horror-comedy in the tradition of Mom & Dad and The Hunt.” Ankle Biters, initially known as Cherrypicker, stars Zion Forrest Lee & Marianthi Evans as the adults, plus Lily Gail Reid, Violet Reid, Rosalee Reid, and Dahlia Reid. This looks cute and amusing until it gets seriously terrifying – especially when the spiders crawl out. WTF you crazy kids?!? 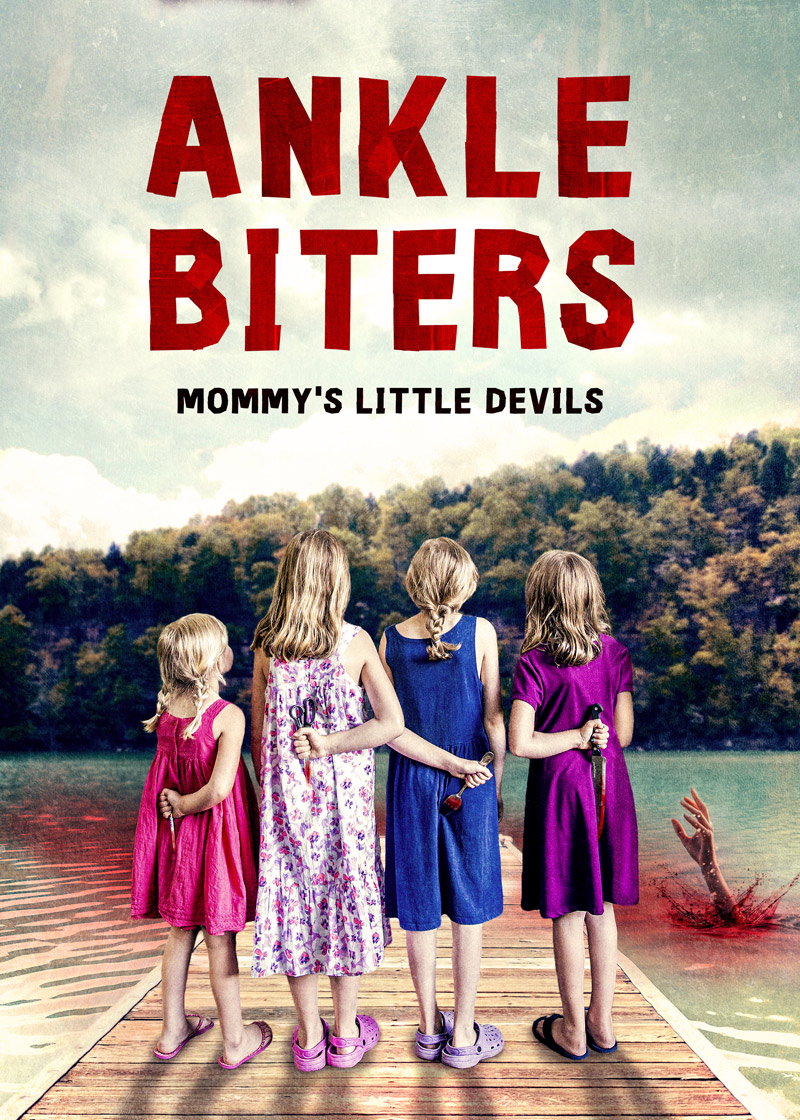 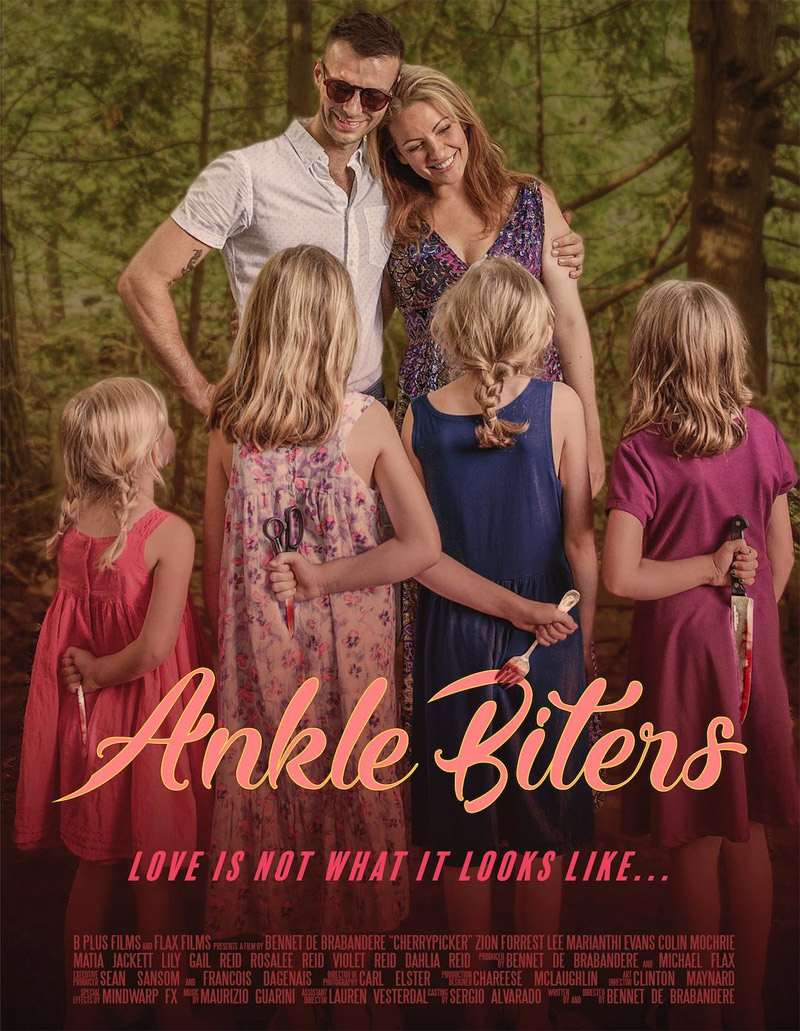 Sean (Zion Forrest Lee), a retired pro hockey enforcer, has fallen in love with Laura (Marianthi Evans), a widowed mother of four young daughters. When Laura’s children mistake an act of lovemaking as an attack, they then plot to protect their mother at all costs and with horrific results. Ankle Biters, originally known as Cherrypicker up in Canada, is directed by Canadian filmmaker Bennet De Brabandere, making his feature directorial debut after a few other short films and other film production work previously. The screenplay is also by Bennet De Brabandere, from a story by Bennet De Brabandere and actor Zion Forrest Lee. This hasn’t premiered at any festivals or elsewhere, as far as we know. Dark Star will debut Ankle Biters direct-to-VOD / DVD in the US starting on November 16th, 2021 this fall. Who wants to watch this film?