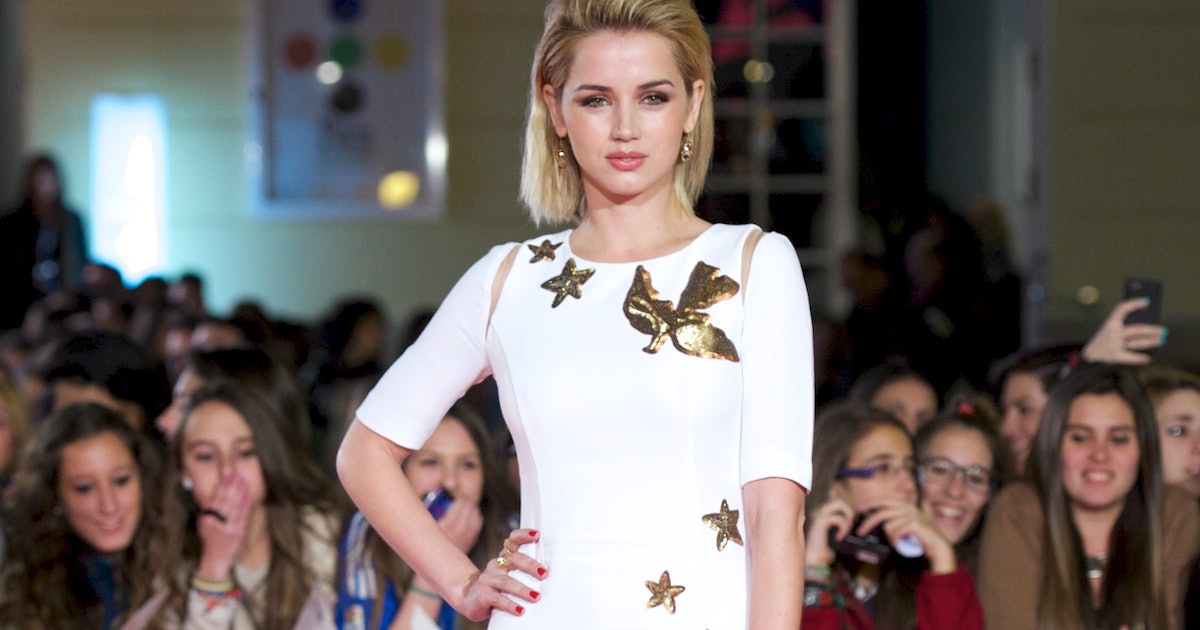 The Cuba-born actress Ana de Armas has only come to the attention of the American masses in recent years thanks to films like Knives Out, her lockdown-era romantic interlude with Ben Affleck, and one very devoted fan-run Twitter account. She’ll reach new heights later this year as the next Bond Girl in No Time to Die and, even more intriguingly, as Marilyn Monroe in the long-anticipated adaptation of Joyce Carol Oates’s Pulitzer Prize-finalist novel Blonde.

But the 33-year-old actress has been walking red carpets for far longer than you probably realize. Before finding Hollywood success, she moved to Spain at 18 years old and started getting parts within two weeks of arriving. She starred in the popular teen drama El Internado for six seasons as well as several Spanish-language films. After a few years of keeping it relatively casual on the red carpet, de Armas started stepping into her glam. She was a favorite attendee at fashion events in Madrid and started cutting her teeth on the international film festival circuit before she arrived in Hollywood. Style-wise, she doesn’t shy away from making a statement, though she never goes too loud, either. De Armas has already attended the Golden Globes and two Vanity Fair Oscar parties—one gets the distinct feeling, however, that her biggest red carpet moments have yet to come. Invites to events like the Oscars or the Met Gala can’t be too far off.