“It’s not a child. It’s an animal.” Someone loves their little lamb a bit too much. A24 has revealed an official US trailer for an unsettling film from Iceland called Lamb, which just premiered at the 2021 Cannes Film Festival earlier this month. A childless couple in rural Iceland make an alarming discovery one day in their sheep barn. They will soon face the consequences of defying the will of nature, in this dark and atmospheric folktale. This one is described in reviews as a “highly original take on the anxieties of being a parent, a tale in which nature plus nurture yields a nightmare.” The film stars Noomi Rapace (who is actually Swedish but she moved to Iceland as a child where she spent some time growing up), Björn Hlynur Haraldsson, and Hilmir Snær Guðnason. This looks like it starts out as an intriguing story about connecting with a little lamb, but gets dark and intense in the second half. Do all the other sheep know what’s going on? Huh. 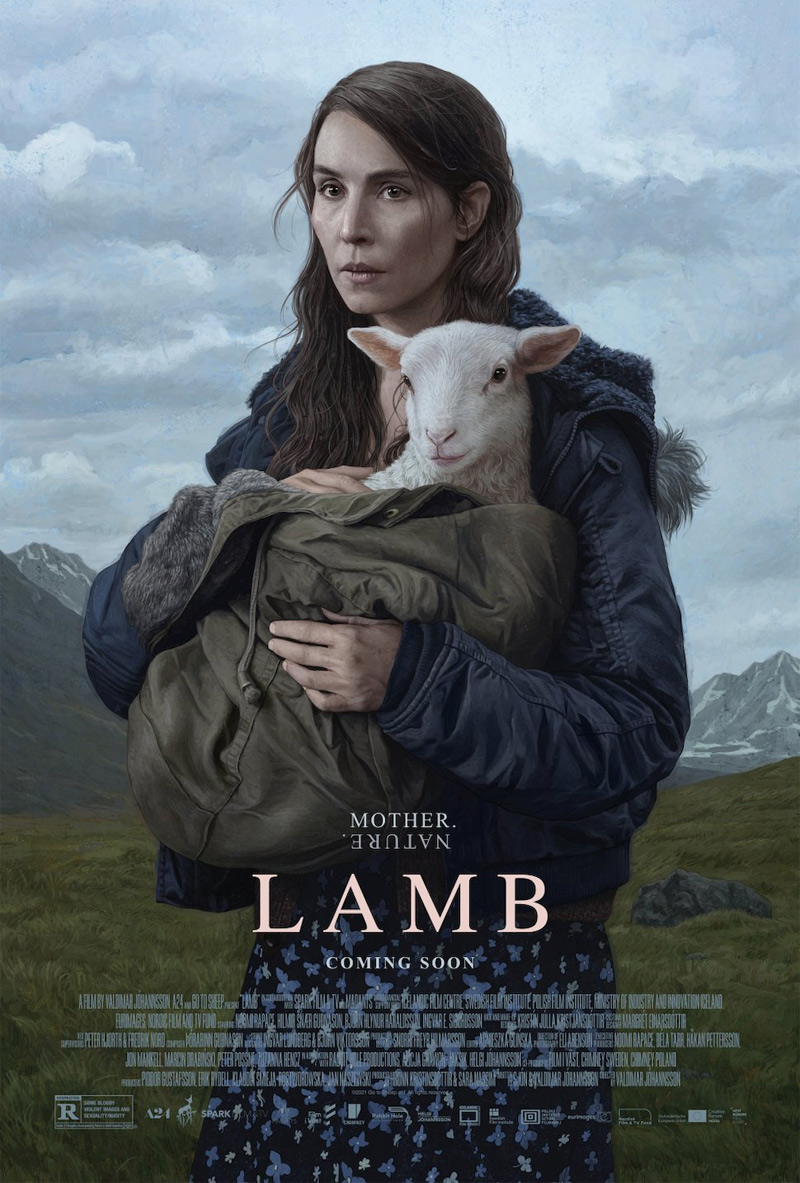 You can rewatch the original first festival teaser for Jóhannsson’s Lamb here, to view more footage.

Described as a “dark and atmospheric folktale,” the film follows Icelandic couple María (Noomi Rapace) and Ingvar (Hilmir Snaer Gudnason), who live with their herd of sheep on a beautiful but remote farm. When they discover a mysterious newborn on their farmland, they decide to keep it and raise it as their own. This unexpected prospect of a new family brings them much joy, before ultimately destroying them. Lamb is directed by Icelandic filmmaker Valdimar Jóhannsson, making his feature directorial debut after working for years as an electrician and special effects technician on films (including on Rogue One: A Star Wars Story and Prometheus) shot in Iceland previously. The screenplay is written by Sjón and Valdimar Jóhannsson. Produced by Piodor Gustafsson, Hrönn Kristinsdóttir, and Sara Nassim. This is premiering at the 2021 Cannes Film Festival this year playing in the Un Certain Regard section. It’s set to open in theaters in Iceland this August. A24 then releases Jóhannsson’s Lamb in select US theaters on October 8th, 2021.