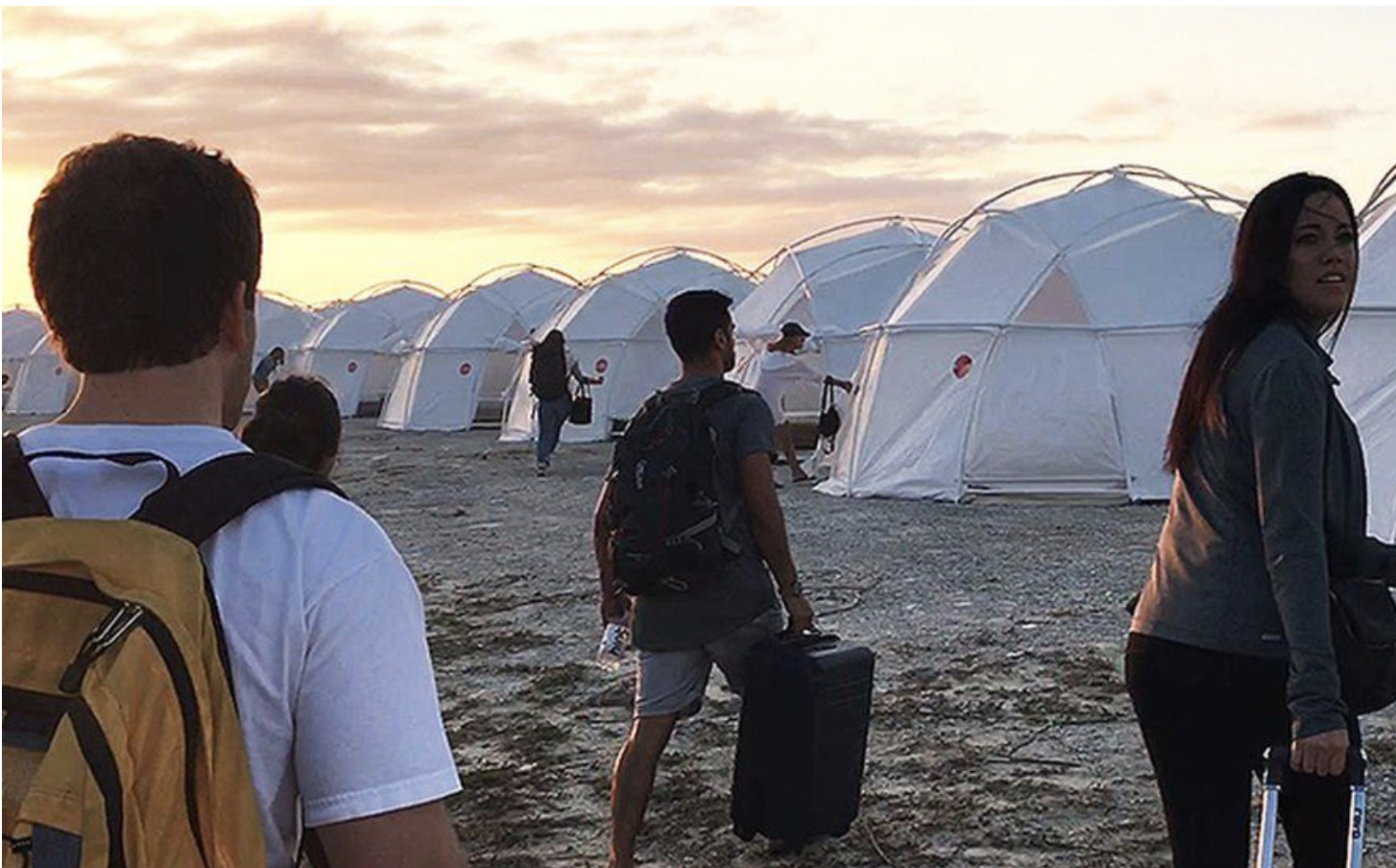 Ticket holders in a class-action lawsuit over the nightmare experience that was the Fyre Festival have potentially reached a settlement.

Four years after what was touted as the “cultural experience of the decade” stranded attendees on the Bahamian island of Exuma, a settlement with claimant ticket holders was reached, according to court documents obtained by Yahoo Entertainment. The 277 ticket holder class members — for the music fest organized by Billy McFarland, CEO of Fyre Media Inc, and rapper Ja Rule — could potentially receive a total of $2 million, or $7,220 each.

The settlement is still pending a judge’s approval. Further, it hinges on the outcome of Fyre Festival LLC’s bankruptcy case with other creditors. Meaning it’s possible the payout may never materialize depending on how much money ultimately gets distributed.

Ben Meiselas, of law firm Geragos & Geragos, who serves as lead attorney in the case, told the New York Times: “Billy went to jail, ticket holders can get some money back, and some very entertaining documentaries were made,” referring to Netflix’s Fyre: The Greatest Party that Never Happened and Hulu’s Fyre Fraud. “Now that’s justice.”

The hearing date for the settlement is May 13 with any objections due by May 7.

There have been multiple lawsuits over the sham event, which was publicized by Ja and celebrity “influencers” including Kendall Jenner, Bella Hadid, Hailey Baldwin and Emily Ratajkowski and at which Blink-182 and Migos were to perform. Mark Geragos, attorney for the stars and head of Geragos & Geragos, was the first to file the much-publicized $100 million class-action lawsuit in May 2017, just days after the debacle.

According to the settlement papers, the $7,220 payout per ticket holder “covers any and all damages associated with purchasing a ticket to a Festival that never occurred, purchasing air and other travel to the Festival, plus incidental and related damages that arose as a result of the experience.”

The ticket buyers in the lawsuit paid between $1,000 and $12,000 to attend the festival in late April 2017. They were supposed to stay in luxury accommodations and see top artists perform. However, as the settlement docs noted, “When concertgoers arrived at the Festival on April 27, 2017, they ‘were met with total disorganization and chaos.’ None of the promised musical acts performed. The luxury accommodations turned out to be FEMA disaster relief tents. The gourmet food consisted of the now infamous cheese sandwich served in a Styrofoam container that was even joked about by Tina Fey during her opening monologue at the 2019 Academy Awards. Feral dogs roamed the site and no models or celebrities who promoted the Festival and/or told their social media followers that they would be there, were in attendance.”

McFarland was arrested in June 2017 for fraud and providing false financial information to potential investors of Fyre Fest. He pleaded guilty a year later and received six years in prison at his Oct. 2018 sentencing. The judge dubbed him a “serial fraudster.”

Last month, McFarland gave his first TV interview since his incarceration, telling ABC’s The Con: Fyre Festival, “I knowingly lied to them to raise money for the festival.”

McFarland, who’s housed at a federal prison in Ohio with two more years in his sentence, explained how he did it, saying, “What I did was inflate our company’s numbers. How much money we had, how much money we were making, in order to raise overall money. I tried to justify to myself, well, you know, everybody has access to my bank account, they all know what’s going on. And so, just give us more money. We’re going to make this happen, we all know what’s happening. But in reality, everybody didn’t understand, you know, what was going on in my head.”

Ja (real name: Jeffrey Atkins), who maintains he was scammed by McFarland too, had been named as a defendant in the $100 million class-action lawsuit brought by attendees as he invested in and promoted the poorly-planned event. (McFarland and Ja started Fyre Media together in 2016, and conceived of the Fyre Festival.) However, he was dismissed from the lawsuit in 2019. The judge determined there wasn’t enough evidence that anyone bought tickets to the event because of the artist’s promotion. (Grant Margolin, who was Fyre’s chief marketing officer, was dismissed from the lawsuit at the same time.)

Despite the backlash he faced over the failed festival, Ja has said he wanted a second chance at having a festival.

“Here’s the thing: I want to do it the right way with the right partners,” he told Andy Cohen on Watch What Happens Live. “Here’s what I happen to know. I have the biggest festival in the world even though it never happened.” Cohen replied, “I mean, it’s like calling a ship the Titanic.”

Ja later joked about the $100 million lawsuit he was dismissed from — and not giving attendees refunds — in his song “For Your Real Entertainment (FYRE).” Just last month, he sold an original painting that he commissioned of the Fyre Media logo for around $122,000 through his NFT venture Flipkick. The portrait once hung in the company’s office in New York. 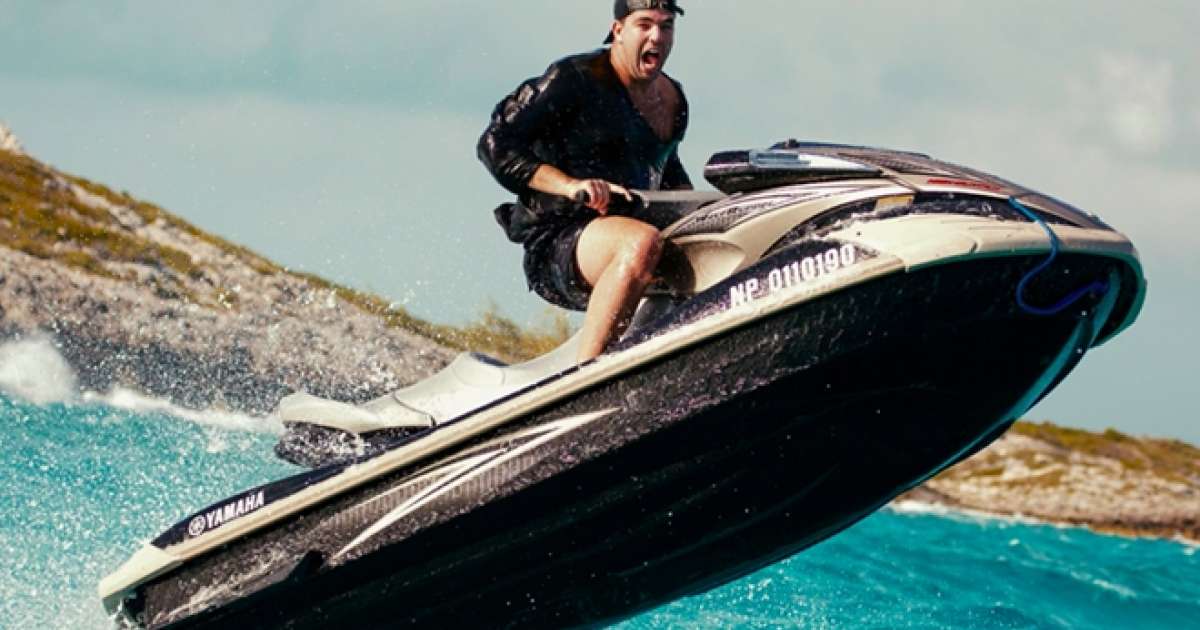 Fyre Festival attendees to receive $7,000 each in court settlement – News