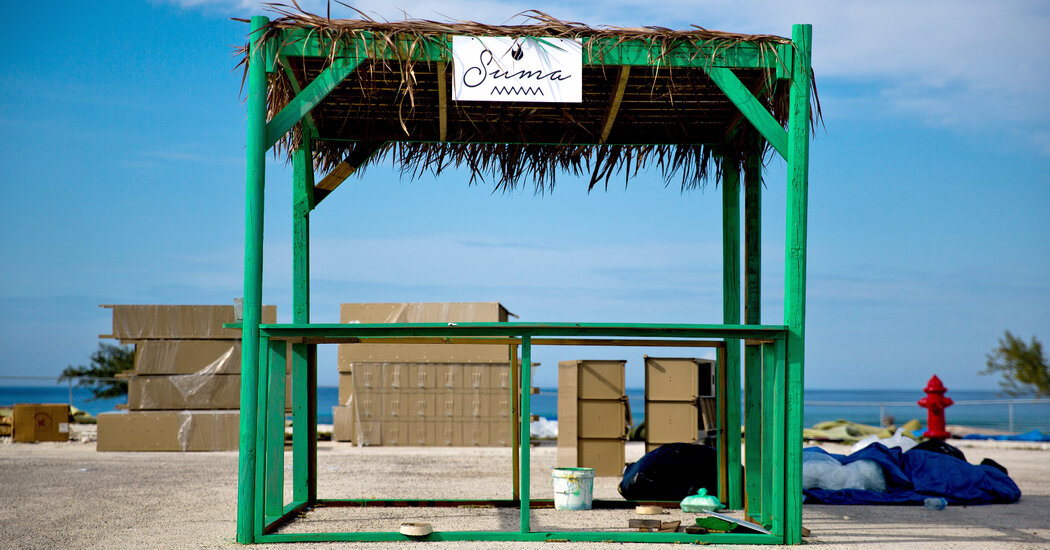 Nearly four years after an infamous festival that was billed as an ultraluxurious musical getaway in the Bahamas left attendees scrounging for makeshift shelter on a dark beach, a court has decided how much the nightmare was worth: approximately $7,220 apiece.

The $2 million class-action settlement, reached Tuesday in U.S. Bankruptcy Court in the Southern District of New York between organizers and 277 ticket holders from the 2017 event, is still subject to final approval, and the amount could ultimately be lower depending on the outcome of Fyre’s bankruptcy case with other creditors.

But Ben Meiselas, a partner at Geragos & Geragos and the lead lawyer representing the ticket holders, said on Thursday that he was happy a resolution had at last been reached.

“Billy went to jail, ticket holders can get some money back, and some very entertaining documentaries were made,” Meiselas said in an email mentioning Billy McFarland, the event’s mastermind. “Now that’s justice.”

Lawyers representing the trustee charged with Fyre’s assets did not immediately respond to a request for comment.

McFarland and the festival’s co-founder, the rapper Ja Rule, have faced more than a dozen lawsuits against their company, Fyre Media, in the event’s aftermath. The plaintiffs have sought millions and alleged fraud, breach of contract and more.

McFarland, 29, is serving a six-year prison sentence after pleading guilty to wire fraud charges. In 2018, a court ordered him to pay $5 million to two North Carolina residents who spent about $13,000 apiece on VIP packages for the Fyre Festival.

“I cannot emphasize enough how sorry I am that we fell short of our goal,” McFarland said in a 2017 statement, though he declined to address specific allegations. “I’m committed to, and working actively to, find a way to make this right, not just for investors but for those who planned to attend.”

The festival, billed as “the cultural experience of the decade,” had been scheduled for two weekends beginning in late April 2017. Ticket buyers, who paid between $1,000 and $12,000 to attend, were promised an exotic island adventure with luxury accommodations, gourmet food, the hottest musical acts and celebrity attendees. Influencers including the models Kendall Jenner and Bella Hadid promoted it.

But when concertgoers arrived, they were met with what the court filing describes as “total disorganization and chaos.” The “luxury accommodations” were in fact FEMA disaster relief tents, the “gourmet food” a cheese sandwich served in a Styrofoam container and the “hottest musical acts” nonexistent.

The festival, which sold a total of approximately 8,000 tickets for both weekends, was canceled on the morning it was scheduled to begin, after many attendees had arrived. (The debacle spawned two documentaries, on Hulu and Netflix.)

Fyre has attributed its cancellation to a combination of factors, including the weather. But some Fyre employees later said that higher-ups had invented extravagant accommodations like a $400,000 Artist’s Palace ticket package, which included four beds, eight V.I.P. tickets and dinner with a festival performer, just to see if people would buy them. (There was no such palace.) Production crew members stopped being paid as the festival date neared.

Mark Geragos, another lawyer at the firm that represented ticket buyers in Tuesday’s settlement, filed the initial $100 million class-action lawsuit days after the event, which stated that Ja Rule and McFarland had known for months that their festival “was dangerously underequipped and posed a serious danger to anyone in attendance.” McFarland faced a second class-action lawsuit two days later.

A hearing to approve Tuesday’s settlement is set for May 13.