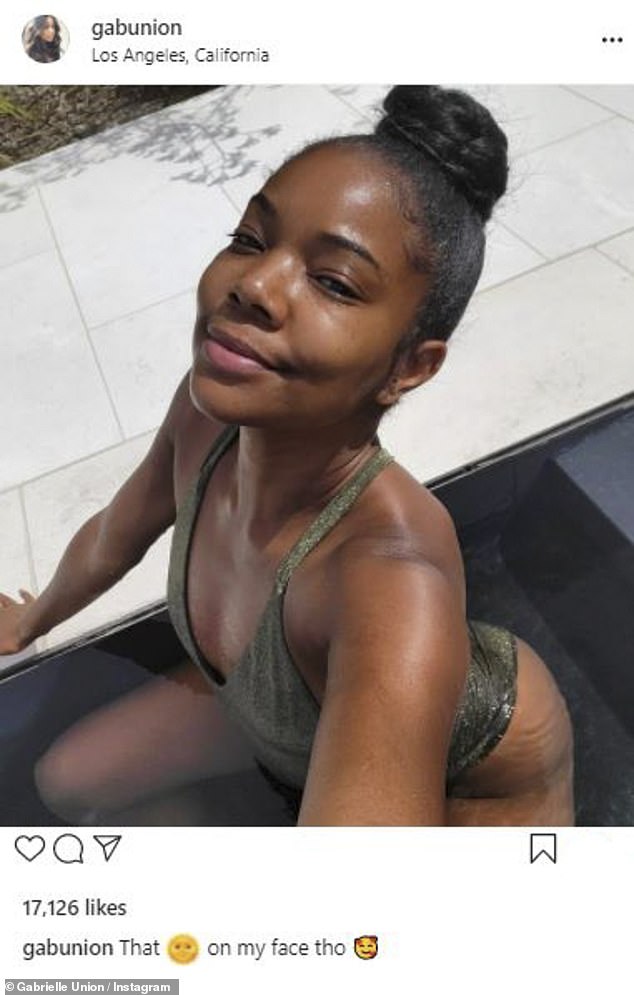 By Rachel Mcgrath For Dailymail.com

She recently covered People magazine with husband Dwyane Wade and inside spoke about raising their children to feel loved and supported.

And on Sunday, Gabrielle Union was in a more playful mood as she posted a swimsuit snap to her Instagram.

The actress, 48, posed in a glittery one-piece in her pool on the sunny LA day.

Sizzle: Gabrielle Union, 48, posed in a glittery swimsuit and without makeup for a pool selfie she posted to her Instagram on Sunday

Union was without makeup and wore her hair in a top knot.

‘That [smile] on my face tho,’ she wrote in the caption.

Last week, she and the ex NBA pro, 39, were pictured cuddled up to each other for a cover shot on the new issue of People magazine.

The couple, who married in 2014, are raising a blended family of five children together, ranging in age from two to 19. 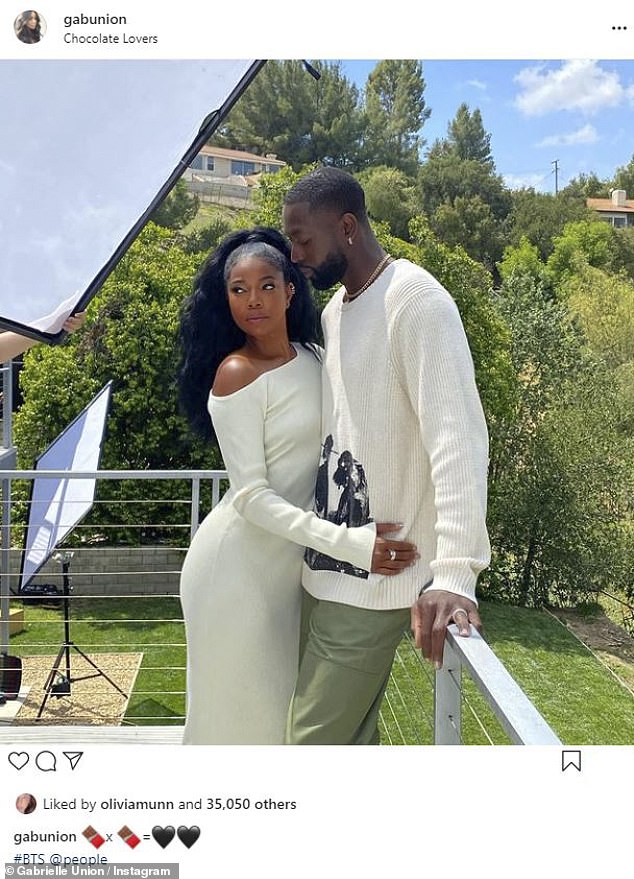 Couple: Union is married to former Miami Heat NBA pro Dwyane Wade, 39, and together they are raising a blended family of five children ranging in age from two to 19 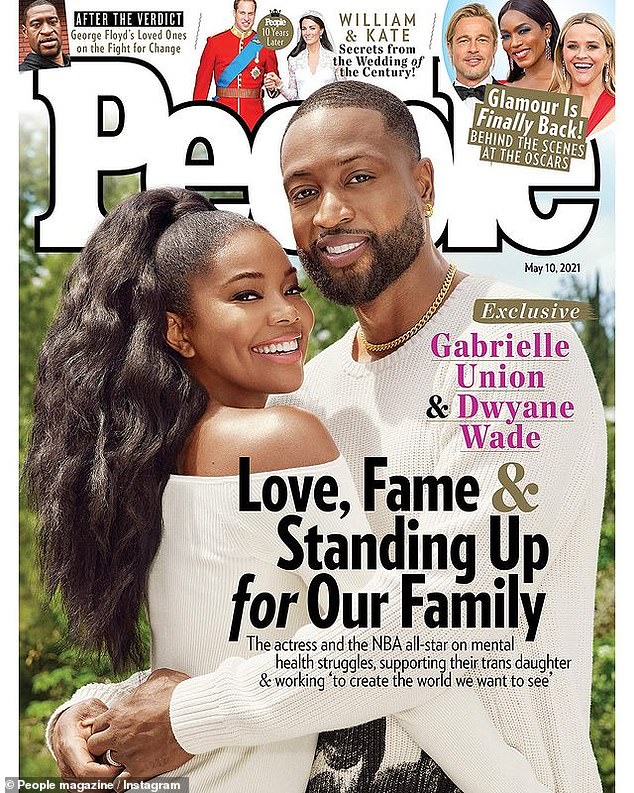 Family focused: They recently covered People magazine and inside spoke about raising their children to feel loved and supported, and ‘free to be who they are’

Union shared with the outlet: ‘I was raised to assimilate. I was raised to conform. But we are raising our kids to know they are worthy because they exist.

‘We don’t want them to ever shape shift for anyone else’s approval or acceptance. We want them to be free to be who they are.’

She and her husband welcomed their daughter Kaavia, two, via a surrogate.

Former Miami Heat star Wade has a son Zaire, 19, and a transgender daughter Zaya, 13, from his previous marriage.

He is also raising his son Xavier, seven, from a previous relationship as well as his nephew Dahveon, 19.

‘My focus when it comes to any of my kids is to let them know who they are so that when other people’s opinions about them are formed, it’s not hitting them,’ Wade told People. 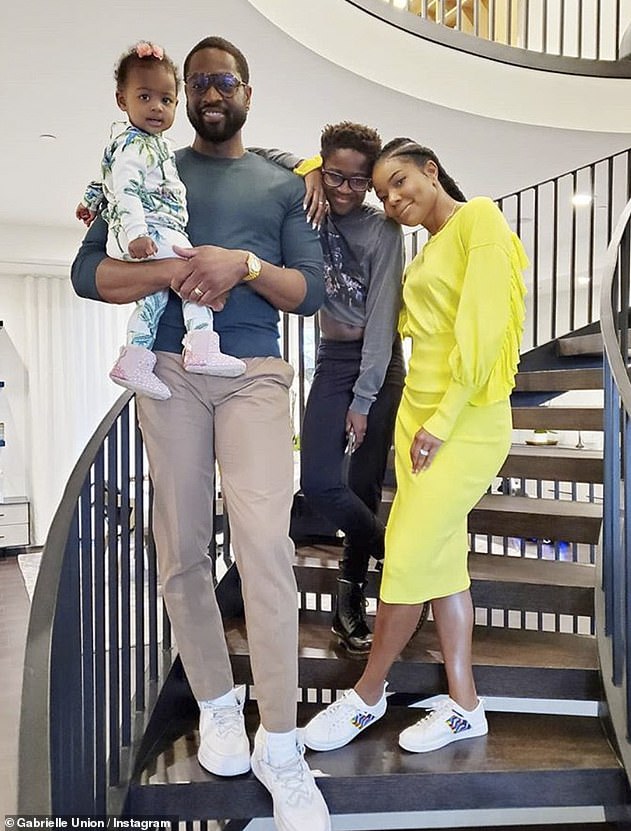 Blended: Union and Wade welcomed their daughter Kaavia, two, via surrogate and they are also raising Wade’s transgender daughter Zaya, whom he shares with his ex-wife