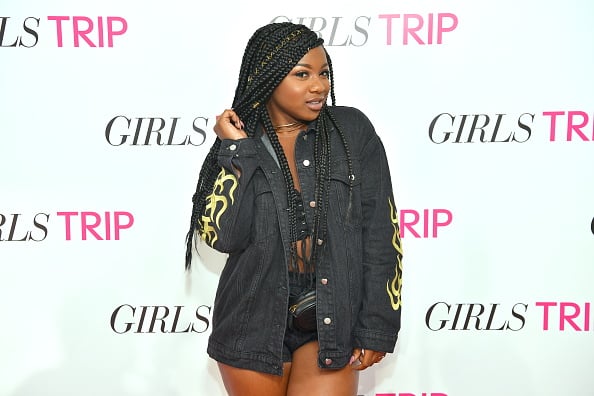 Several fans thought Reginae Carter is pregnant after a picture of the gender reveal celebration went viral. However, the actress is NOT pregnant. Here’s a look at how this rumor started.

Reginae Carter has often stayed away from social media, and fans have found it hard to keep up with her personal life. The buzz around her pregnancy began after several fans seemed to believe the picture that has been going around on social media. However, the person in the picture is not Reginae.

The buzz around Reginae being pregnant started after a picture showed a woman in a white dress celebrating her gender reveal party. Surrounded by balloons and blue confetti falling on the ground, it was confirmed that she will be having a baby boy.

Looking at the picture, many thought that it was Reginae. The girl in the picture shared an uncanny resemblance to the actress. This had everyone convinced that Reginae was pregnant.

At the same time, since the actress has stayed away from social media, many thought she had been keeping her pregnancy a secret for a long time.

The truth behind the gender reveal picture

Who is Sevyn Nichelle?

Sevyn has a big social media following of her own. At the moment, she has over 73k followers on Instagram. She was a former hairstylist and decided to venture into the world of business. Eventually, Sevyn found success in it.

She is also the owner of Parker by Payton. At the same time, she runs Sevyn Nichelle Fitness. Sevyn also uses her social media to motivate people to make fitness their lifestyle.