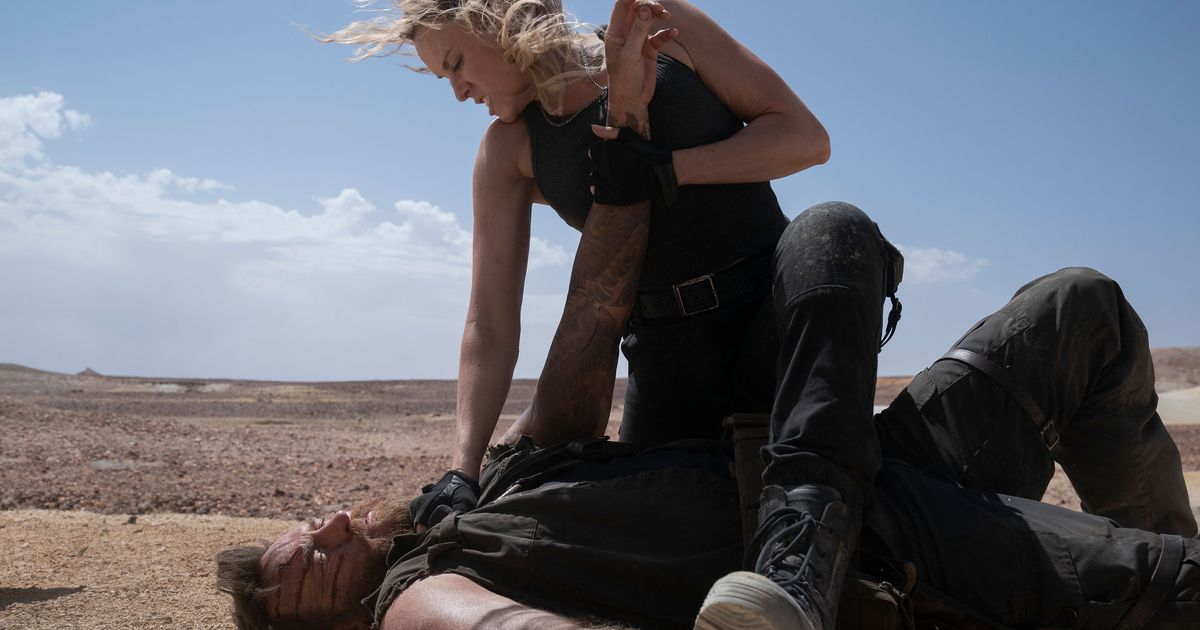 Hollywood has forgotten what to do with the human body.

This truth has seeped into every genre of film today. Musicals lack wit and the understanding that more than just the face can tell a story. Superhero flicks and IP franchises retain an unfortunate stranglehold on the industry but make legible the utter sexlessness in American cinema as a whole. This year’s Mortal Kombat adaptation — which dropped simultaneously in theaters and on HBO Max last Friday — is another paltry reminder that Hollywood has abandoned the sincere pleasure action films provide: pointing a camera at a person in motion to showcase their beauty and savagery.

Going into Mortal Kombat, I was eager for the specific brew of silliness, gore, and playful physicality the video game itself provides. I didn’t want depth or intelligence or high-minded subversion. I wanted hot dudes and dames duking it out with grody monsters in the most bloody, inventive manner possible. I wanted to see people ripping out spines and shoving swords into the eye sockets of their enemies.

Given this, Mortal Kombat is the last kind of film that needs to be explained. But screenwriters Greg Russo and Dave Callaham take a convoluted approach to the narrative, so I suppose some explanation is in order. The original follows Johnny Cage, Liu Kang, and Sonya Blade, warriors of sorts who are called on to participate in a tournament that will determine the fate of the world, a.k.a. the Earthrealm. While broadly an ensemble, this reimagining centers on the only surviving member of Scorpion’s (one of the franchise’s most iconic characters, here played with the right blend of vengeance and determination by Hiroyuki Sanada) bloodline, Cole Young (an exceedingly bland Lewis Tan), a once-gifted fighter now doing shoddy matches for little pay who gets roped into this realm-spanning saga by Army veterans Jax (Mehcad Brooks) and Sonya Blade (Jessica McNamee) after Sub-Zero, one of the greatest foes from Outworld, starts hunting him and his family down. Cole begins to train in the hopes of defending the Earthrealm, and his family, from the likes of Shang Tsung (Chin Han) and his legion of leather-loving baddies (which includes Sub-Zero). It should be ridiculous. It sounds ridiculous. But the artists involved in making this film seem to bristle against this, choosing grimness over the fun and pleasure that should come with the premise.

I think audiences are so starved for a thrill, we are accepting substandard entertainment to break us from the lonely monotony and unerring grief that has defined the last year in American life. But don’t we deserve better? I can take Mortal Kombat’s slapdash script. I admire the work by some of the actors, who approach their roles with grim determination (while others wholly lack the requisite charisma). What I can’t take is that it lacks one crucial thing: visually intriguing and understandable fight scenes.

The film opens with a flashback to 1617 Japan, which sets the stage for the animosity between Hanzo Hasashi (Hiroyuki Sanada) and Bi-Han (Joe Taslim), the men who will become Scorpion and Sub-Zero, respectively. This is one of Mortal Kombat’s most successful fight scenes, but still, the issues that will plague the rest of the film are evident here. There’s CGI blood, which will never not take me out of the moment, but it’s a Hollywood trend that seems too entrenched to end anytime soon. At first blush, this scene appears competently composed. But upon closer examination, all of the fight scenes reveal themselves to be sloppily constructed.

What marrs them are the incessant cuts, each jumping to a new angle. In doing so, the fight scenes are robbed of rhythm and give way to confusion, making the action and reaction of each moment of potential violence difficult to follow. The fights have no room to breathe. These choices undercut the ability to establish the character’s personalities through their physicality. There are some good ideas nestled in there — a closed-quarters final fight between Sonya and Kano that brings their fraught dynamic to its conclusion, Liu Kang swiping Kano on the floor repeatedly while showcasing his superior skill. But the construction of these ideas — Simon McQuoid’s rote direction, sloppy editing, frustratingly unclear blocking — ultimately do a major disservice to this franchise and the visual pleasure it should offer.

One of the distinct joys of the video games is the diverse breadth of their characters. This makes the profound lack of Asian women in the film curious, given that the entire franchise takes inspiration from Asian culture. One of its greatest characters, Kitana (my personal favorite), is nowhere to be found. The script’s issues aren’t easy to ignore, either. It’s heavy on exposition in what should be a simple, straightforward, punch-to-the-gut kind of story. (Of all the turns in this film, none include an actual tournament.) The story also relies on the tired approach of putting a wife and child in peril so the male lead has some skin in the game, but the actors don’t have the warmth necessary for this family storyline to feel impactful. The script is at times too serious for its own good, which seeps into the performances — Chin Han is a frustrating example of this. Looking at his performance next to that of Cary-Hiroyuki Tagawa’s dementedly fun take on Shang Tsung in the 1995 Paul W.S. Anderson adaptation does him no favors. (For all the faults of Anderson’s take on the beloved video game, it at least allowed for some unhinged acting and wasn’t afraid to use colors beyond gray, brown, and slate blue.) When the script does loosen up, it’s mostly through the character of Kano, who exists on a continuum between somewhat entertaining and outright grating as he spits, snarls, smirks, and says lines like “No skin off my sack.” It should be noted that while this is Greg Russo’s first produced credit, Mortal Kombat is the latest creative failure Dave Callaham has been attached to as a screenwriter, along with the Expendables franchise and Wonder Woman 1984. (He’s also involved in the upcoming Shang-Chi and the Legend of the Ten Rings.)

There are moments, however fleeting, that do work. Mileena (Sisi Stringer) licking her sai clean of Sonya’s blood, her jagged teeth and eyes gleaming. Leaves splattered with blood. Liu Kang (Ludi Lin) and Kung Lao (Max Huang) criticizing Kano to the point that his fragile ego and anger unlock his ability to shoot a laser from his eye. A well-pitched comeback. An occasionally sharp vulgarity. The fight scenes are appropriately gruesome — we see bloody entrails cut open, eyes gouged, limbs broken, and, in one somewhat memorable moment, a body cut completely in half. But these moments lack the energy and boldness that would inspire a swell of excitement in the viewer.

Mortal Kombat isn’t notably bad — it’s just disappointing and indicative of larger problems with indistinctive filmmaking in Hollywood. There are exceptions, like the sprawling Keanu Reeves–led John Wick series. But even then, when it comes to the sequels, you may be better served by watching the sources of their inspiration (like the brutally fun 2017 Korean movie The Villainess). I love action films for how bracing, bold, and beautifully cognizant of the human body they can be. How a gorgeously rendered, well-choreographed punch to the face can cause you to stand up and scream at the screen out of sheer pleasure. It’s a feeling I haven’t experienced watching a new movie in a while, and it’s one I desperately want to feel again. Otherwise, what the hell are we watching for?