“I hate being separated.” “Me too.” The Cinema Guild has released an official US trailer for the indie drama Introduction, the latest film made by prolific Korean filmmaker Hong Sang-soo. He’s always making more films, sometimes more than one a year. This one premiered at the 2021 Berlin Film Festival earlier this year, and it seems that he made this during one of his other regular trips to the festival as it takes place IN Berlin this time (partially). A young man travels from South Korea to Berlin to surprise his girlfriend. Yeong-ho heads to the hospital to find his father. Soon, however, he heads to Germany to meet his girlfriend. When he comes back to Korea, he sees his mother with a middle aged man. The cast includes Seok-ho Shin, Mi-so Park, Young-ho Kim, Joo-Bong Ki, and Young-hwa Seo. His films are an acquired taste, and if you’re not already into Hong Sang-soo, watching something like this probably won’t change your mind about him.

Here’s the official US trailer (+ poster) for Hong Sang-soo’s Introduction, direct from YouTube: 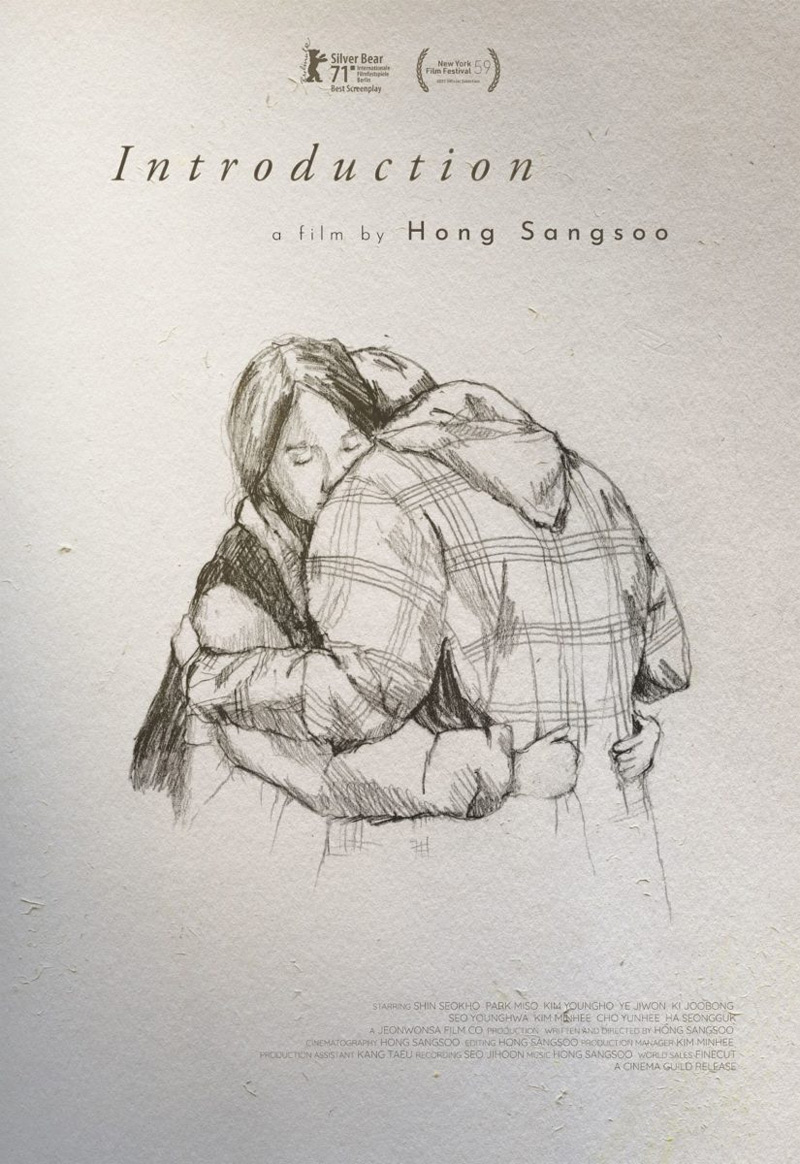 For his twenty-fifth feature as director (and his first as cinematographer), Hong Sangsoo offers a simple tale of young people on the edge of adulthood. As Youngho (Shin Seokho) and his girlfriend Juwon (Park Miso) anticipate a series of significant meetings with parents, friends and parents’ friends, they wonder: “Will we be okay?” Sometimes a shared cigarette–or an unexpected hug–can mean as much as anything we could say to those close to us. Introduction is both written & directed by the beloved Korean filmmaker Hong Sang-soo, director of many, many films including Woman on the Beach, Lost in the Mountains, The Day He Arrives, In Another Country, Hill of Freedom, Right Now Wrong Then, Claire’s Camera, On the Beach at Night Alone, Grass, Hotel by the River, and The Woman Who Ran most recently. This initially premiered at the 2021 Berlin Film Festival earlier this year, and it won the Silver Bear for Best Screenplay. The Cinema Guild will release Introduction in select US theaters (NY only) starting January 21st, 2022.