Last week, it was revealed that British actor, director and producer Noel Clarke, perhaps best known to Americans for his work as Mickey on Doctor Who, had been accused of groping, harassing, and bullying multiple individuals. No fewer than 20 women came forward with allegations that included verbal harassment, being slapped on the backside, groped, and being subjected to unwanted sexual contact. These claims were forwarded to Bafta a mere 13 days before they were set to award Clarke with the prize for Outstanding British Contribution to Cinema. Bafta does not dispute it received anonymous emails and reports of allegations via intermediaries but said it was provided with no evidence that would allow it to investigate. Clarke denies the allegations, and on Friday, he announced that he will ‘be seeking professional help to educate myself and change for the better.’ He has since been dropped by his agency.

One detail of the myriad allegations made against Clarke proved to be particularly stomach-churning. Gina Powell, a producer who worked with Clarke, told the Guardian that he bragged to her about secretly filming actresses during naked auditions. Powell says that Clarke even showed her one of these videos, which involved actress Jahannah James. James recalls that Clarke pressed her to audition for him and that doing so naked was a way for him to ‘prove’ she wasn’t going to ‘bottle it’ on the day. ‘I was told 100% it was not going to be on camera,’ she says.

The news that naked auditions even existed inspired shock among some, but a weary sigh of familiarity to others. Actress Kaya Scodelario took to Twitter to describe an incident wherein she was told to take her clothes off for an audition with a big director. She then said that she and another actress came head-to-head for the part, and the director eventually emailed their agents to say, ‘Whoever agrees to go nude 1st gets the job.’ The movie, according to Scodelario, had no nudity. He just wanted to see who would say yes.

I had a audition for a job a few years ago. It said ‘she just needs to come in. Take her clothes off and that’s all’. I was terrified. Luckily I have an agent who swiftly said there was no way that was going to happen. This was a big movie. A big director. A big ‘opportunity’ https://t.co/Daz9xMBnzb

Different casting, between me and another actress.Both worked very hard to impress this notoriously difficult director. auditioned multiple times. He emailed our agents ‘whoever agrees to go nude 1st gets the job’ The movie had no nudity in it. He just wanted 2 see who’d say yes

In 2017, during a roundtable chat with The Hollywood Reporter, Shameless star Emmy Rossum described a phone call she received from her agent over a role she was being offered. ‘There’s a big movie and they’re going to offer it to you […] but the director wants you to come in into his office in a bikini. There’s no audition. That’s all you have to do.’

A year later, writing for Vice, actress Ingrid Haas described an audition where women were required to wear a bikini, then, upon the instruction of the casting associate, ‘dance for about 30 seconds.’ There was no dancing in the commercial she was auditioning for, and the casting associate told Haas that the two directors of this project ‘always do this.’

Twitter seemed to be full of stories like this from actors describing how, all too frequently, they were ordered to get their kit off. Sometimes, they were instructed to do so to see if their body was ‘right’ for the role. Other times, it seemed to be an extended game of chicken, wherein this discomfiting power dynamic was justified as a way to see if the auditionee had the nerve for the part, regardless of whether or not it required nudity. It wasn’t a practice that solely impacted women either. Get naked, show your bravery, wear the right skimpy top, go along with the ‘improvised’ audition kissing, and show you’re tougher than all the actors who won’t do any of those things.

The predatory nature of the film industry seems to be as deep-seated a foundation to its existence as autographs and photoshoots. In the early days of silent cinema, when stars were finally credited by their names, even as fan magazines spun fantasies of how anyone could be a star, they published semi-truthful tales of Hollywood’s corrupting nature. There have always been films about the film industry’s ability to destroy lives and prey upon the week, from every version of A Star is Born to the cinematic work of Bob Fosse to The Neon Demon. 1995’s Swimming with Sharks centered on an abusive boss who everyone agreed was at least in part modelled on Scott Rudin (he was played by Kevin Spacey.) Stories of innocent actresses (and actors too, although there is a gendered contrast to be made) exploited and turned into currency for the powerful are ten a penny in this business, and they’ve never gone away, not even after the fall of Harvey Weinstein hinted at potential for a new way of life.

One of the creative industry’s most insidious tactics is its ability to spin the most egregious of abuses and manipulations as a sign of artistic glory. Real artists suffer, so they say. They go the extra step to prove that they’re dedicated to the craft. They put up with profane screaming matches from tempestuous ‘geniuses.’ They’re browbeaten into putting art before the artist and told to move with the herd because to speak out is to risk losing it all. And once you’ve suffered through it all, once you’ve ‘served your time’, then you’ll be able to move up the ranks. Don’t make a fuss. Don’t be like all the others. Just wear a bikini to the director’s office and the job is yours.

Actors are still celebrated for their willingness to go nude. This commitment to their job is seen as all the more worth acclaim in the Hollywood system where the naked body is still a startling taboo. Yet it is near impossible to separate the mere act of nudity and comfort in one’s body with the inherent voyeurism and commodification of sex that drives much of modern pop culture. Sure, the role calls for no clothes, but what are the odds that it’s an organic story beat and not a mandate from a studio creep, as Harvey Weinstein reportedly demanded of Julie Taymor and Salma Hayek with Frida? Can you untangle such things from the inevitable leering of audiences sharing screenshots on sites dedicated to naked celebrities, or the journalists who spend precious minutes of their brief junket chat asking invasive questions?

Men like Clarke seem to prey upon that intrinsic supposition of bravery that comes with both acting and nudity. What he is accused of, along with many others, is justifying his abuses as an exercise of sorts. The fall of trust made all the riskier. There’s no way to spin the casting couch as a learning experience for the actor. Here, you can see how the victims would be lured into this twisted mindset. You’re expecting to be asked questions like this, at least on some level. In the wake of the allegations against Clarke, the London School of Dramatic Art released a statement acknowledging that Clarke had turned a Q&A session with students into an unsanctioned acting workshop wherein young trainee actors were ‘told they had to get undressed and get ready for bed.’ In a lawsuit filed against James Franco in 2019, it was alleged that, during acting classes and auditions, ‘often young and inexperienced females […] were routinely pressured to engage in simulated sex acts that went far beyond the standards in the industry.’

The chances are that far too many actors have stories just like those of James, Scodelario, Rossum, and Haas, and many may not want to come forward because of the inevitable slut-shaming that will inspire. Our conceptions of #MeToo justice still heavily rely on the ‘perfect victim’ fallacy, and at a time when right-wing culture war backlash has hit victims hard, many may feel at risk from the usual gaggle of attacks because they ‘took part’ in the audition process. They should know what to expect, right? Isn’t that a line we’re all sick of hearing?

To fix this problem, the industry needs to get over its foolish belief that such behavior is the result of a few bad apples and make seismic changes in the way they conduct business. It should not have taken Weinstein being exposed as a serial predator for executives to realize that holding auditions and meetings in hotel rooms was a bad idea. It should not have taken the news of Clarke’s alleged abuses to bring to light how prevalent the practice of semi- or fully-naked auditions is. The assumption that actors are ‘expecting’ it should not be a defense for the inexcusable.

←
Stream It or Nah: Apple TV+’s ‘Mosquito Coast’ with Justin Theroux and Melissa George |
‘The Nevers’ Recap: My Aim Is True
→

Kayleigh is a features writer for Pajiba. You can follow her on Twitter or listen to her podcast, The Hollywood Read. So, are social media filters ruining your mental health? 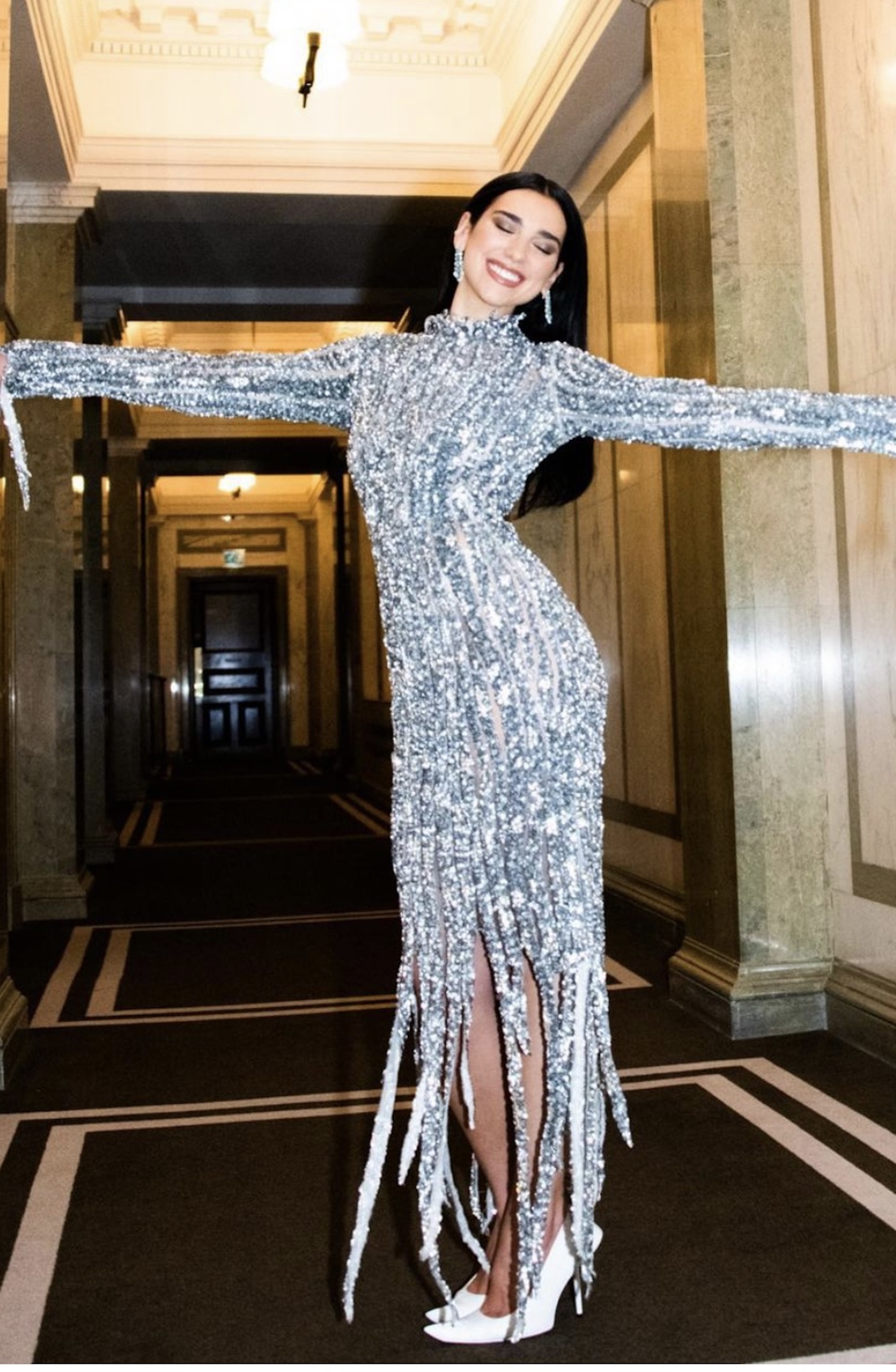