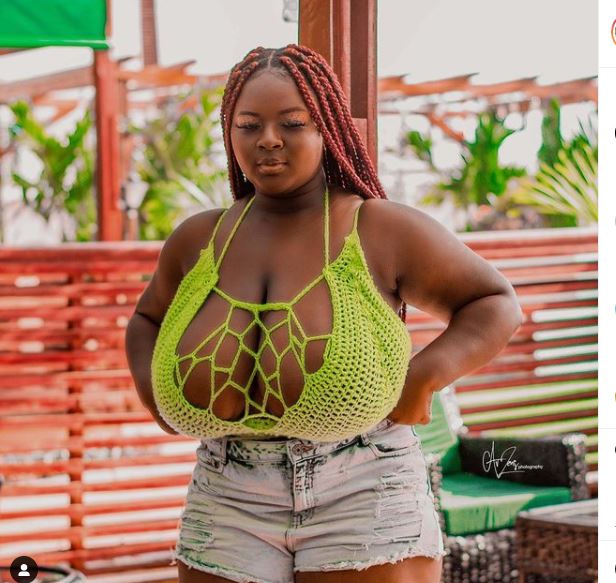 Entertainment of Saturday, 8 May 2021 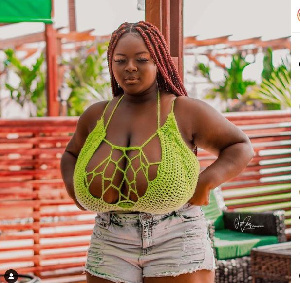 Every human on earth has that one thing that they fear, it can be the sight of blood for some people, some insects, and even watching horror movies for others.

Well, for Ghanaian actress and model Fauzia popularly known in the showbiz industry as HajiaFauzy, she would prefer to be given a role that would include getting her breasts to be sucked on set than one would require her to sleep in a coffin.

According to the model who is popular on photo-sharing app, Instagram, for the size of her breasts, sleeping in a coffin is her greatest fear.

She disclosed this in an interview with Arnold Mensah Elavanyo on his Vibes in 5 show, monitored by GhanaWeb.

Also in the same interview, HajiaFauzy openly confessed to preferring dating older men who are impotent.

According to her, so far as the man can take care of her financial needs, his sexual competence does not matter to her.

Watch the interview below: