“Those people will jump at anything that has a whiff of conspiracy.” FX on Hulu has revealed more trailers for the Y: The Last Man series of 10 eps, which will begin streaming in September. We’re featuring this trailer despite our usual no-TV rules because we have covered updates on a Y: The Last Man for more than a decade – the very first trailer dropped only a few weeks ago. Set in a post-apocalyptic world, “Y” is the last surviving male human on the planet. Based on the comic series “Y: The Last Man.” Ben Schnetzer stars as the only man left in the world, Yorick Brown, and he’s joined by a big ensemble cast including Diane Lane, Ashley Romans, Olivia Thirlby, Quincy Kirkwood, Jess Salgueiro, Samantha Brown, Laura de Carteret, and Sydney Meyer. This second trailer is much more intense, focusing on a meeting Diane Lane (as Senator Jennifer Brown) is having with other heads of the all-female government, discussing the rumors of this only man left in the world. So far, this adaptation is looking pretty dang good – I’m into this footage. 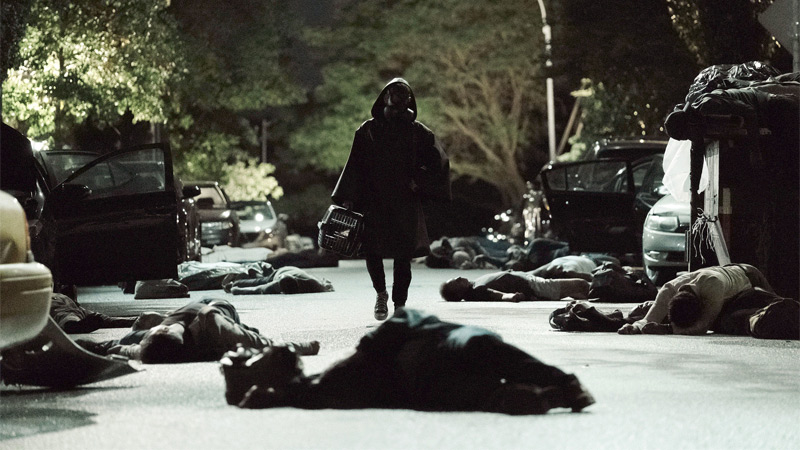 You can rewatch the first official trailer for Hulu’s Y: The Last Man series here, to see even more footage.

It was a day like any other… until it wasn’t… FX’s “Y: The Last Man” series traverses a post-apocalyptic world in which a cataclysmic event decimates every mammal with a Y chromosome but for one cisgender man and his pet monkey. The series follows the survivors in this new world as they struggle with their efforts to restore what was lost and the opportunity to build something better. Y: The Last Man is a series featuring 10 episodes directed by various filmmakers including: Louise Friedberg, Destiny Ekaragha, Daisy von Scherler Mayer, Mairzee Almas, Cheryl Dunye, Karena Evans, and Lauren Wolkstein. Created for TV by Eliza Clark (“Animal Kingdom”), who also works as showrunner and screenwriter. Other writers include Donnetta Lavinia Grays, Olivia Purnell, and Tian Jun Gu as exec story editor. Adapted from the beloved comic book series by Brian K. Vaughan & Pia Guerra, originally published from 2002 to 2008 by Vertigo. An adaptation has been in the works ever since 2007. Produced by FX Productions and co-produced by Color Force. FX on Hulu will release Y: The Last Man streaming weekly starting on September 13th, 2021. For anyone outside the US, this will debut on Disney+’s Star on September 22nd, 2021. How does that look?