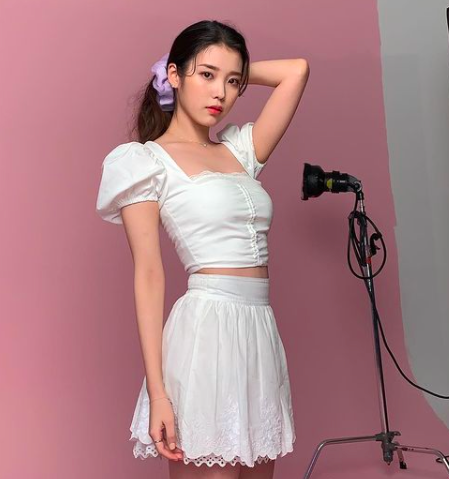 Seoul — Korean singer-actress IU celebrated her birthday on Sunday (May 16). To mark the special occasion, she made a donation. The generous star turned 28 and donated a total of 500 million won (S$500,000) to several foundations in South Korea such as Korea Paediatric Cancer Foundation and the Korea Unwed Mothers Families Association.

IU’s agency, Edam Entertainment, in a statement to Korean media said, “IU wished to do something good in the name of her fan club on her last birthday in her 20s to return some of the love she has received from people.”

According to Yonhap, the donations will be used to pay the medical fees of children suffering from rare diseases and help single-parent families, single elderly households and teenagers graduating from institutional care. In March, IU and her fans created a fund worth 100 million won (S$100,000) in conjunction with the release of her fifth album Lilac to aid single-parent families and people with hearing disabilities.

Currently, the star is on location filming Koreeda Hirokazu’s movie Broker, which also stars Song Kang-ho and Bae Doona. Even though she is busy, on May 16, the My Mister actress posted a cute video on her YouTube channel showing her decorating a cake for her dad, according to The Star.

The video, she says, is to celebrate her birthday, the fact she reached six million subscribers on her YouTube channel as well as to commemorate Parents’ Day.

Born on May 16, 1993, Lee Ji-eun, known professionally as IU is a South Korean singer-songwriter and actress. The name IU is a combination of ‘I’ and ‘you’ meaning “you and I become one through music.” She signed with Kakao M (formerly LOEN Entertainment, now Kakao Entertainment) in 2007 as a trainee and debuted as a singer at the age of 15 with her first mini-album Lost and Found (2008).

Although her follow-up albums, Growing Up and IU…IM, brought mainstream success, it was after the release of “Good Day”, the lead single from her 2010 album Real, that she achieved national stardom. “Good Day” went on to spend five consecutive weeks at the top position of South Korea’s Gaon Digital Chart, and in 2019, it was ranked number one on Billboard‘s “100 Greatest K-Pop Songs of the 2010s” list./TISGFollow us on Social Media

Send in your scoops to news@theindependent.sg