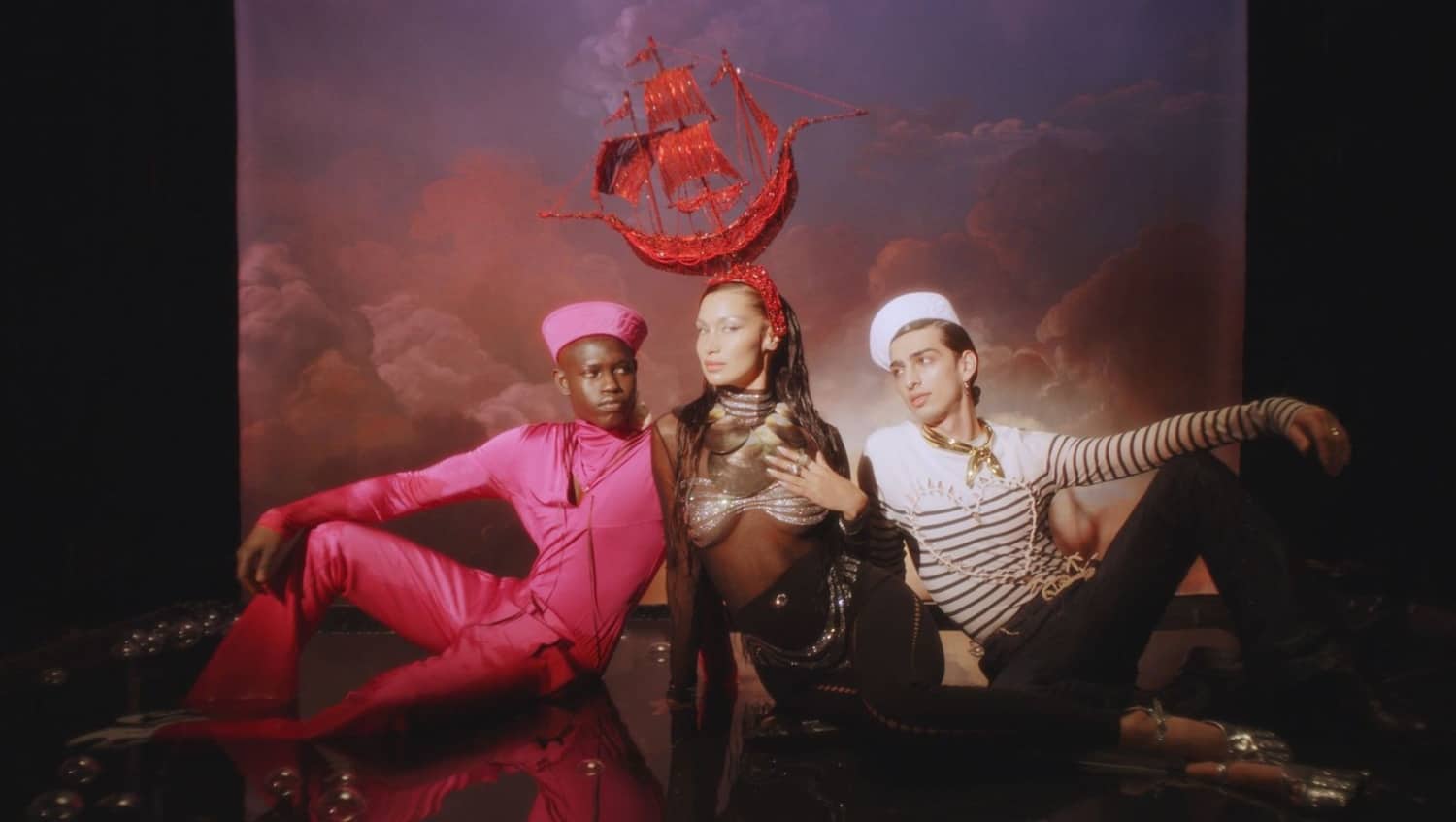 Debuting on the haute couture brand’s website today, Les Marins plays off the house’s nautical themes. It’s the brand’s first RTW collection since 2014, when Gaultier decided to hone in solely on the house’s couture and fragrance collections. Now, however, the line is back—with a brand new attitude, courtesy of five new designers.

Yes, we said designers. As in, plural. In a collaborative spirit, brands Alan Crocetti, Lecourt Mansion, Marvin M’Toumo, Ottolinger, and Palomo Spain have been tapped as co-creators on the expansive collection. Their appointment followed Gaultier’s announcement that he’d be retiring from his namesake brand and would hand the reigns of the couture collection to different designers each season (the first, by Sacai’s Chitose Abe, will debut this July).

Though it’s informed by five different design teams and their various aesthetics, the collection itself is uniquely Gaultier. Being nautically themed, there are plenty of references to sailors, knots, seashells, and aquatic life throughout. It doesn’t hurt that the collection’s campaign video also stars Bella Hadid as a sultry mermaid, entrancing sexy Gaultier seamen with a curious gaze.

The pieces themselves wholeheartedly embrace Gaultier’s maritime signatures and quirky, cheeky spirit. There are plenty of sailor bandanas and caps ranging from black leather to hot pink, plus sheer seashell prints, vintage-inspired swimsuits, and plenty of aquatic accessories. Our new summer goal? Lounge by the beach in Gaultier’s oversized seashell earrings!  A starkly non-couture-like logo t-shirt, simply placing the brand’s black logo on a classic white tee, is a witty wink at fashion’s logo obsession. Referencing Gaultier’s signature sex appeal, there are many tie details, one standout corset top, and even a pair of cheeky Palomo Spain-designed jeans with a detachable snap backside (their name, “Ass-Air denim”—need we say more?). Most importantly, the collection reinterprets Gaultier’s iconic house codes for the modern day shopper. The brand’s famous sheer, tattoo print made waves in the vintage fashion space this year, so it was naturally given prominence in mesh tops, dresses, and leggings with squiggly stripes by Ottolinger. There are even trousers printed with a crumpled sail pattern, which many will recognize as a wink to JPG’s Le Male fragrance ads.

However, the largest component of the collection is also its brightest: the Marinière sweater. A classic right from its 1983 launch after Gaultier’s first fashion show, the sweater’s crisp white palette and thin cobalt stripes became instantly recognizable as a fan favorite. It’s also been a sold out element in every JPG collection since (our personal favorite: Gigi Hadid in a sheer Marinière top, for the designer’s final show in 2020).

Gaultier is known for his inclusivity both on and off the runway, and perhaps this brand value was on the brain when the design teams were working on this ready-to-wear line. This is worth noting, since the Marinière has been reinterpreted in virtually every way possible for Les Marins. Across numerous fabrics and styles, there’s blue stripes on white backdrops aplenty as far as the eye can see. We spied cutout, mesh, and backless tops and sweaters, crop tops, graphic and oversized t-shirts, as well as Marinière styles with ruffles, cage ribbing, corset lacing, and more. Point-blank, there’s a Marinière for everyone, no matter your preferences, style, or the season!

Despite concerns that the brand was facing its’ “end” earlier this month, we can confirm: this new ready-to-wear collection is just the beginning. You can shop the Les Marins collection on Jean Paul Gaultier’s website now. But hurry—many pieces are already sold out!