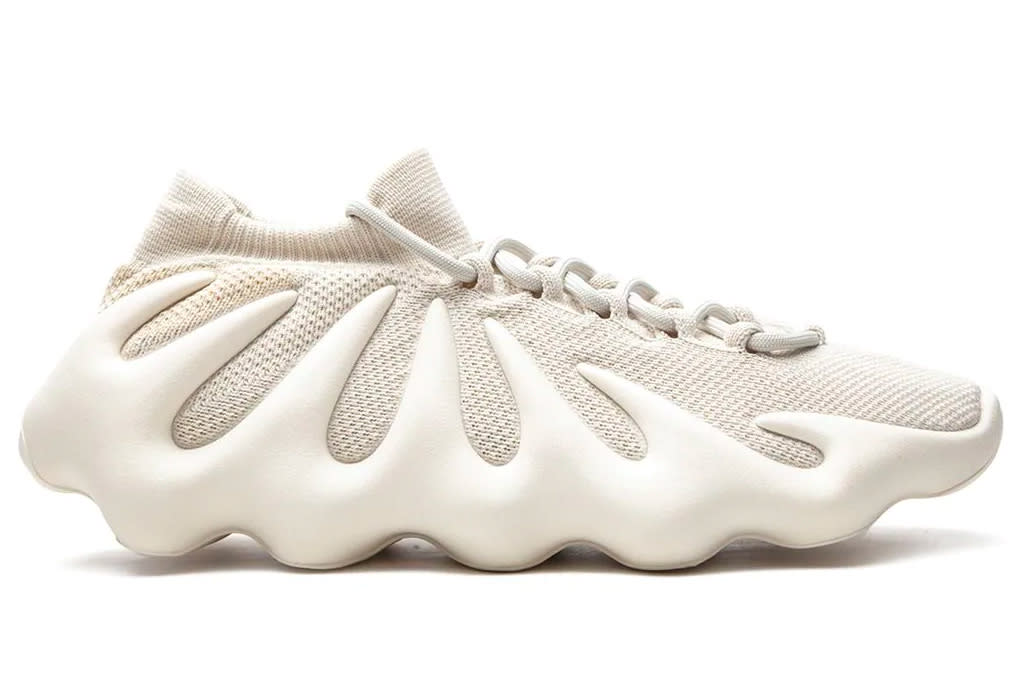 Yeezy has started 2021 off strong. In Q1, Kanye West’s label with Adidas launched the “hottest men’s product in the world,” according to fashion shopping platform Lyst, with the Adidas Yeezy 450 sneakers.

The Lyst Index’s quarterly ranking of products and brands reported the Yeezy 450 was the No.1 product for men so far this year. The style beat out other popular sneakers, such as the Nike Dunk Low and Salomon XT-Wings 2 Advanced sneakers, which ranked at No. 4 and No. 8, respectively.

In March, searches for Yeezy spiked 121%, per Lyst, after the launch of the controversial shoes, with re-sellers asking double the original retail price. The sneakers, retailed for $200, and sold out under one minute.

West first teased the sneakers on social media during summer 2018, which sparked social media’s polarized opinions of the futuristic design. The Cloud White style features a molded foam sole and a mesh upper that has an exoskeleton-like exterior. Fans of the Yeezy 450 include Justin Bieber and Bella Hadid.

Next month, more Yeezy product looks to be on its way. According to the Yeezy insider @Yeezymafia on Instagram, seven different Adidas Yeezy styles are releasing throughout the month of May and as many as 11 styles are anticipated to hit shelves in June.

Another version of the Yeezy 450, in the Dark Slate colorway, is expected to launch on June 25. Adidas has yet to confirm the news.

While many are looking forward to the return of dress-wear, heels and fashion-forward styling, comfort seen through activewear and outdoor trends are still in high demand. Nike, for instance, took second place in Lyst’s Q1 Hottest Brands list behind Gucci.