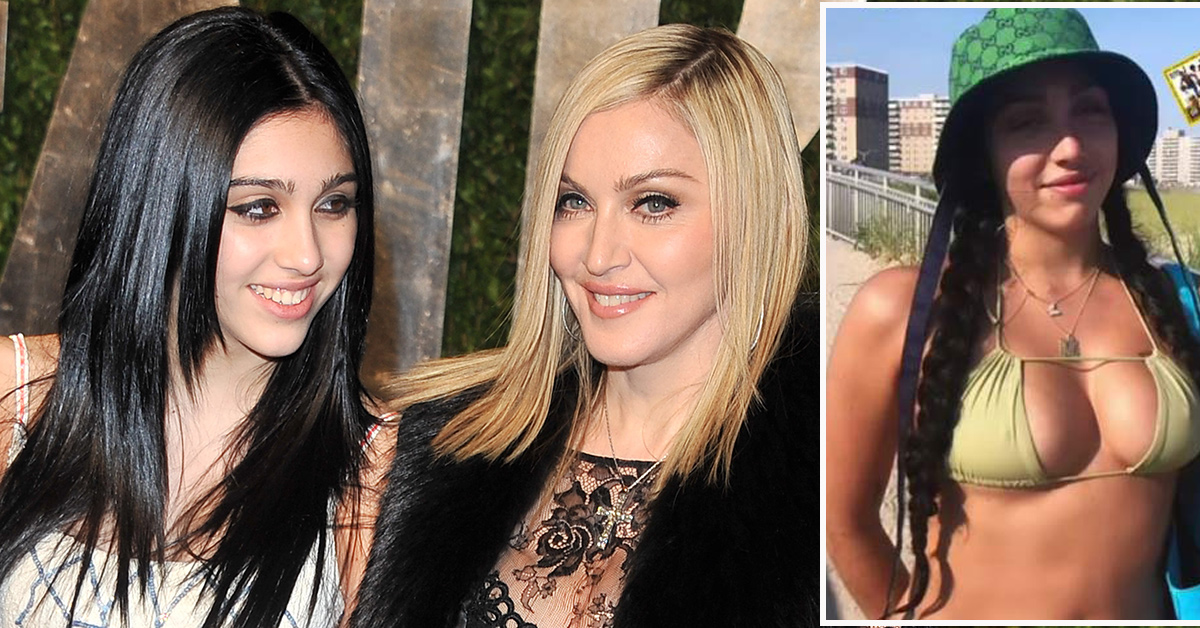 The 24-year-old uploaded a photo to her Instagram stories, showing her wearing a tiny green string bikini as she walked to the beach.

Carrying a blue shoulder bag and wearing a green Gucci hat andtwo gold necklaces, Lourdes smiled as she looked at the camera.

The model has previously kept quite a low profile, only choosing to create a public Instagram page earlier this year.

Lourdes has previously worked with Juicy Couture and was Jean Paul Gaultier’s muse and the face of the couturier’s Supreme capsule collection. She also recently co-directed and starred in a campaign video for a Stella McCartney x Adidas capsule collection.

She made her modelling debut at New York Fashion Week in 2018 at Gypsy Sport’s spring 2019 show alongside other models with famous parents including Kaia Gerber, Kendall Jenner and Bella Hadid.

In 2019, Madonna gushed about her “insanely talented” daughter, saying: “I’m green with envy because she’s incredible at everything she does – she’s an incredible dancer, she’s a great actress, she plays the piano beautifully, she’s way better than me in the talent department,” she told Vogue.

However, Madonna claimed Lourdes “doesn’t have the same drive”.

“And again, I feel social media plagues her and makes her feel like, ‘People are going to give me things because I’m her daughter.’ I try to give her examples of other children of celebrities like Zoe Kravitz, for instance, who have to work through that ‘Oh yea, you’re the daughter of..’ – and then eventually you are taken seriously for what you do. You just have to keep going. But does she have the same drive that I have? No. But she also has a mother, and I didn’t. She grew up with money, and I didn’t. So everything is going to be different. But what can I do? I can’t fixate on it. I just have to do my best.”

Or if you have a story idea, email us at lifestyle.tips@verizonmedia.com.