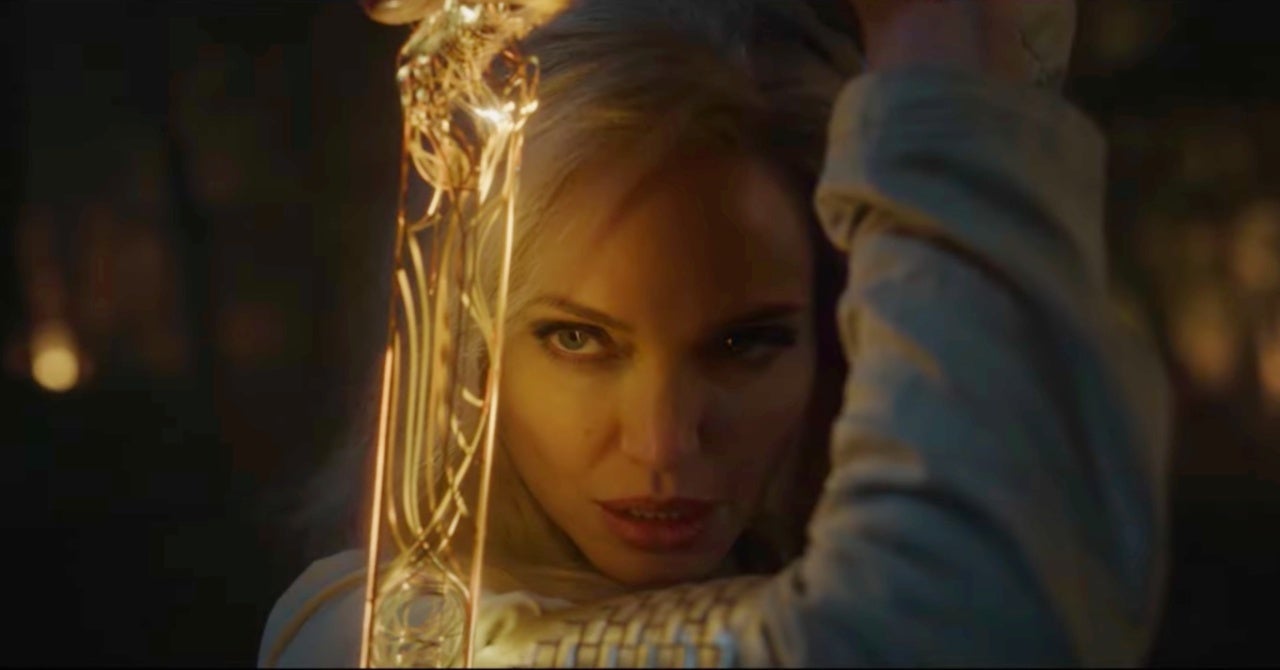 Angelina Jolie was “thrilled” to see her Marvel’s Eternals director Chloé Zhao win the Best Director Academy Award for Nomadland at the 2021 Oscars. Zhao is just the second female filmmaker to win the award behind Kathryn Bigelow for The Hurt Locker — Bigelow beat out Avatar director James Cameron and Inglorious Basterds director Quentin Tarantino at the 2010 ceremony — and the first woman of color to be named Best Director. Nomadland also made the China-born filmmaker the first woman to score four Oscar nominations in the same year, receiving nominations for Best Adapted Screenplay, Best Film Editing, and Best Picture in addition to Best Director.

“I was thrilled,” Jolie told Collider about Zhao’s victory at this year’s 93rd Academy Awards while promoting her new movie, the Taylor Sheridan-directed Those Who Wish Me Dead. “We all know her talent, I’m fortunate to say I know her as a person and she’s a great lady. So it’s deserving in many ways.”

The accolade makes Eternals the first Marvel Studios movie to be helmed by a Best Director winner, and the first from a filmmaker who directed a Best Picture-winning film. Zhao’s win “made me very, very happy,” said Jolie, who makes her Marvel Cinematic Universe debut as the sword-wielding Thena in Eternals.

A first look at The Eternals — members of an ageless race of ancient aliens who have been secretly living on Earth for thousands of years — was revealed in a Marvel Studios Phase 4 sizzle reel released earlier this month.

Marvel Studios’ The Eternals features an exciting new team of Super Heroes in the Marvel Cinematic Universe, ancient aliens who have been living on Earth in secret for thousands of years. Following the events of Avengers: Endgame, an unexpected tragedy forces them out of the shadows to reunite against mankind’s most ancient enemy, The Deviants. The outstanding ensemble cast includes Richard Madden as the all-powerful Ikaris, Gemma Chan as humankind-loving Sersi, Kumail Nanjiani as the cosmic-powered Kingo, Lauren Ridloff as the super-fast Makkari, Brian Tyree Henry as the intelligent inventor Phastos, Salma Hayak as the wise and spiritual leader Ajak, Lia McHugh as the eternally young, old-coul Sprite, Don Lee as the powerful Gilgamesh, Barry Keoghan as the aloof longer Druig, and Angelina Jolie as the fierce warrior Thena. Kit Harrington was cast as Dane Whitman.

Produced by Kevin Feige, Marvel Studios releases Eternals in theaters on November 5. Jolie’s Those Who Wish Me Dead is now playing in theaters and on HBO Max.