“Kate, you’re like that person in that nightmare – take no sh*t from no dudes.” Netflix has unveiled the first official trailer for a new action movie called Kate, the latest feature made by the VFX supervisor-turned-director Cedric Nicolas-Troyan, who last directed the sequel The Huntsman: Winter’s War. There’s no time for mercy. After she’s poisoned, a ruthless criminal operative has less than 24 hours to exact revenge on her enemies and in the process forms an unexpected bond with the daughter of one of her past victims. This seems like a killer action concept mashing up Kill Bill and Jolt with Gunpowder Milkshake, but with Mary Elizabeth Winstead starring as the action badass Kate in this one. In addition to MEW, the impressive full cast also includes Tadanobu Asano, Miyavi, Michiel Huisman, plus Jun Kunimura and Woody Harrelson, and introducing Miku Martineau. The best thing about this is that it’s set in Japan. Rock on. 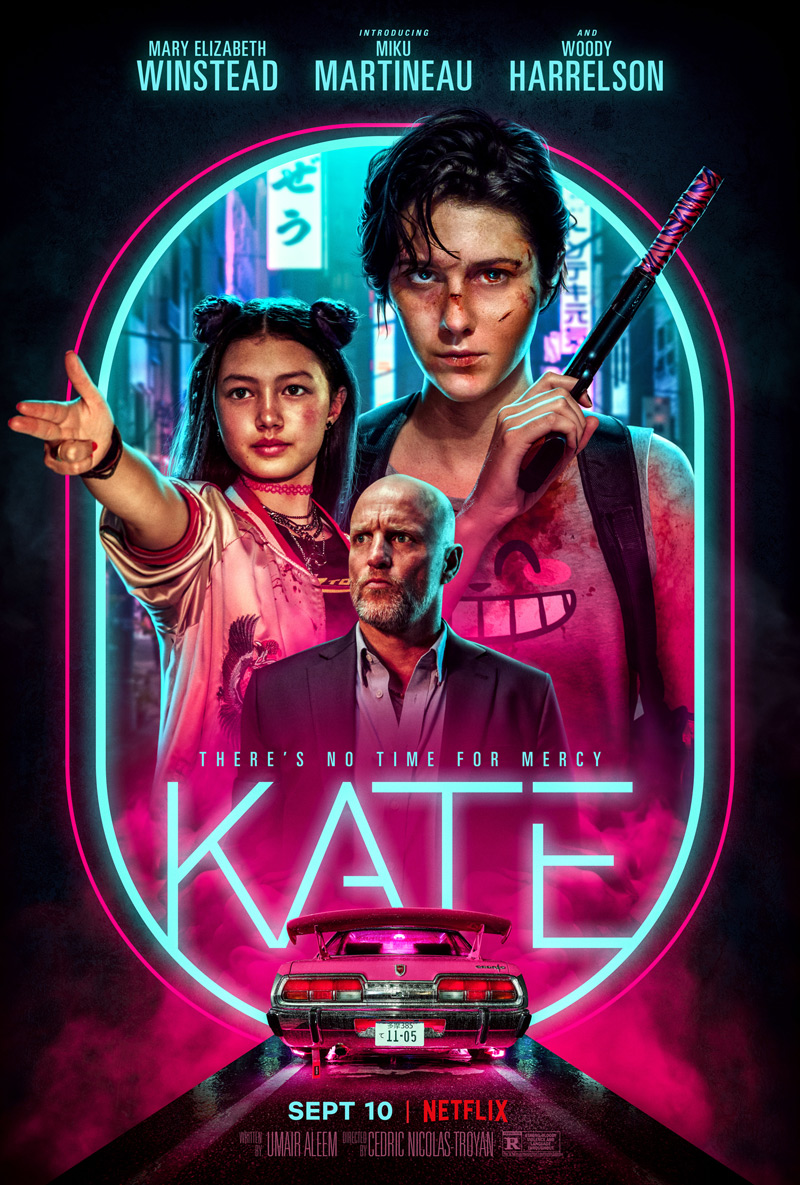 Meticulous and preternaturally skilled, Kate is the perfect specimen of a finely tuned assassin at the height of her game. But when she uncharacteristically blows an assignment targeting a member of the yakuza in Tokyo, she quickly discovers she’s been poisoned, a brutally slow execution that gives her less than 24 hours to exact revenge on her killers. As her body swiftly deteriorates, Kate forms an unlikely bond with the teenage daughter of one of her past victims. Starring Mary Elizabeth Winstead and Woody Harrelson, and directed by Cedric Nicolas-Troyan, Kate follows a burned assassin’s furious pursuit of one last self-appointed job. Kate is directed by French filmmaker Cedric Nicolas-Troyan, director of the film The Huntsman: Winter’s War previously, plus an experienced visual effects supervisor for years before that. The screenplay is written by Umair Aleem. Produced by Bryan Unkeless, Kelly McCormick, and Patrick Newall. Netflix will debut Kate in select US theaters + streaming starting on September 10th, 2021 coming soon.