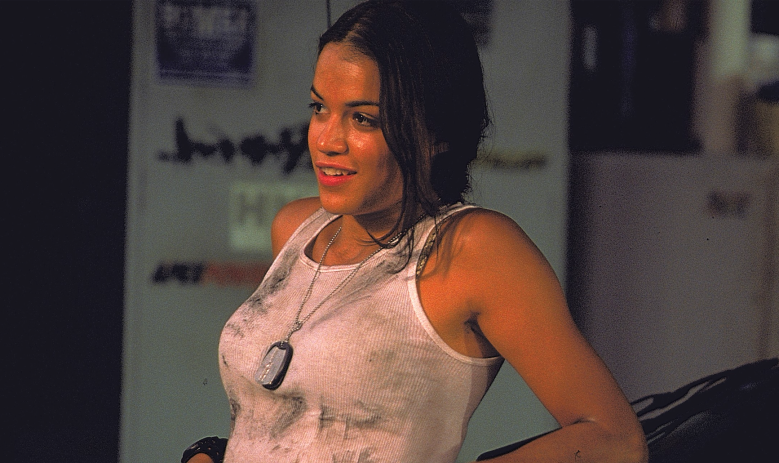 “I’m not going to be a slut in front of millions of people,” Rodriguez said of her issues with the first film’s script.

Michelle Rodriguez made headlines in June 2017 when she wrote on social media that she would leave the blockbuster “Fast and Furious” franchise if they did not start “showing some love” to the female characters. Rodriguez has been with the franchise since the start, and it turns out she was just as much of an enforcer for change during the making of 2001’s “The Fast and the Furious.” The actress joined the movie in the role of Letty, girlfriend of Vin Diesel’s Dominic Toretto. But reducing Letty to just a girlfriend was not on Rodriguez’s agenda.

In a new oral history published by Entertainment Weekly, “Fast” cast member Jordana Brewster remembered, “When Michelle [Rodriguez] read her role, she was like, ‘No, I’m not playing that.’ And then she changed it completely. It went from a trophy girlfriend to this really layered character.”

“It was a reality check for them to realize that the streets don’t work like that,” Rodriguez said about pushing for rewrites to the original script to empower her character. “You don’t just get with a guy because he’s hot. There’s a hierarchy there. Can that hot guy get beat up by who you’re dating? If he can, then you don’t date him, because why would you want to lose the hierarchy? In order to keep it real, I had to school them: ‘I know you guys like Hollywood and all that, but if you want it to be realistic, this is how it really works, and I’m not going to be a slut in front of millions of people, so you’re going to lose me if you don’t change this.’ And they figured it out.”

Producer Neal H. Moritz acknowledged all of the characters in “The Fast and the Furious” were written by male screenwriters, thus he welcomed Rodriguez’s perspective on the character of Letty. The producer said, “It was nice to have that female perspective and really try and dive deep. We wanted everybody to be empowered, whether you were white, Black, Hispanic, male, female, didn’t matter to us”

“I remember fighting to get a moment where Letty gets into a fight herself, because I felt like you don’t sit around and let your boys throw down without getting your hands dirty,” Rodriguez remembered. “If you don’t, then are you just there to model? That doesn’t work where I come from.”

Rodriguez told The Daily Beast back in 2016 that her issues with the way Letty was originally written almost led her to quit the franchise. The actress is back as Letty in the upcoming ninth “Fast and Furious” movie, “F9.” Universal Pictures is releasing “F9” in theaters nationwide June 25.

Sign Up: Stay on top of the latest breaking film and TV news! Sign up for our Email Newsletters here.