“Their anger is a powerful weapon.” Gravitas has unveiled a trailer for a “mind-bending political thriller” titled Who is Amos Otis?, arriving on VOD at the end of the year. This searing thriller is in the spirit of The Twilight Zone and based on a Pulitzer Prize-nominated play. “If you are wondering how fiction could read like our current reality, this is the story for you.” After assassinating the President, Amos Otis pleads self-defense and must convince the jury that America was not only under attack by its unhinged ruler – but that his actions saved the country and the world. Inspired by “the daily barrage of headlines & tweets that fueled the dangerously expanding divide among Americans. We are a nation hurtling toward civil war – divided by race, class, culture and religion not seen since the days of Gettysburg… The stakes for our country were too high to do nothing.” Indeed. Starring Josh Katawick, Rico Reid, Michael G. Bath, Christine Brunner, Derek Snow, Mike Dennis, and Peggy Allen. This film looks quite compelling, I must admit.

Here’s the official trailer (+ poster) for Greg Newberry’s Who is Amos Otis?, direct from Vimeo: 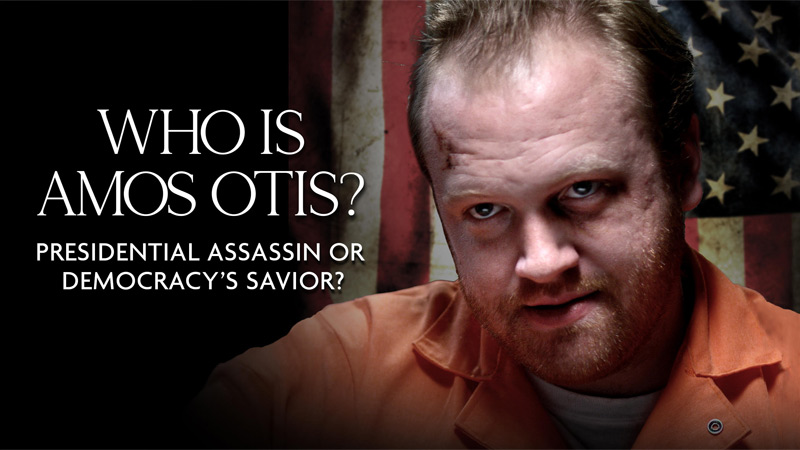 After assassinating the President, Amos Otis (Josh Katawick) pleads self-defense and must convince the jury that America was not only under attack by its unhinged ruler – but that his actions saved the country and the world. The assassin’s provocative testimony and ingenious defense turns the proceedings upside down and puts our country on trial. He confronts our political climate head-on while daring the jury to side with a murderer on a suicide mission to save them. No one can tell if he’s a mad man, con man or savior of the world… Not even his attorney (Rico Reid). Who is Amos Otis? is directed both written and directed by filmmaker Greg Newberry, making his feature directorial debut after a few shorts previously. Based on his Pulitzer Prize-nominated play. Gravitas will debut Newberry’s Who is Amos Otis? direct-to-VOD starting on December 28th, 2021 this fall. For more info, visit the film’s official site. Who’s curious?