“OMG trick arrows?!” Yep! Marvel Studios has debuted two more 60-sec trailers for the Hawkeye series, the next superhero TV series connected directly to the MCU after “WandaVision” and “Loki”. This one takes place in “post-blip New York City”, following the former Avenger Clint Barton. His goal is to get back to his family for Christmas. But only with the help of Kate Bishop, a 22-year-old archer with dreams of becoming a super hero. The two are forced to work together when a presence from Barton’s past threatens to derail far more than the festive spirit. This might be pretty dang good, folks! Jeremy Renner returns to co-star with Hailee Steinfeld as Kate Bishop, and a fun cast including Vera Farmiga, Fra Fee, Tony Dalton, Zahn McClarnon, Brian d’Arcy James, plus newcomer Alaqua Cox as Maya Lopez. Along with “Lucky” the Golden Retriever. The Christmas vibe of this makes it so magical. Actually looking forward to watching this. 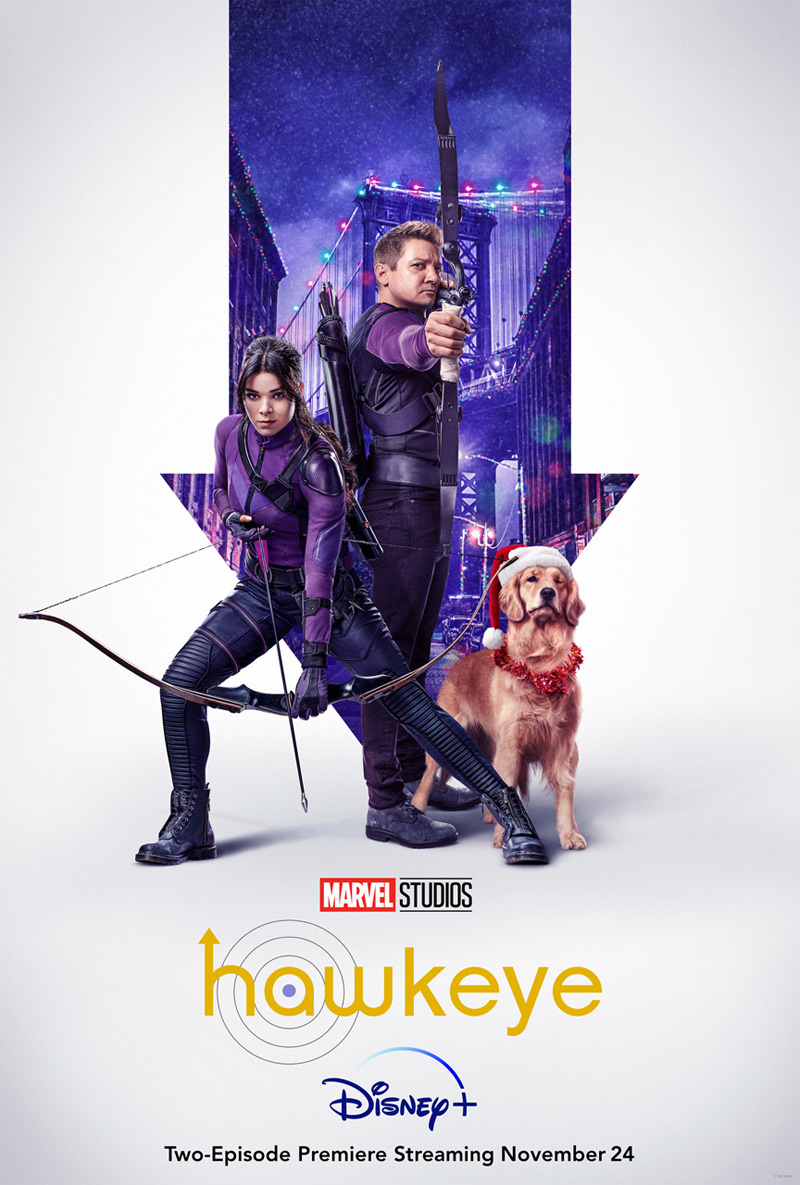 You can rewatch the first official trailer for Marvel’s Hawkeye series here, to catch more footage from this.

A series set in post-blip New York City. Former Avenger Clint Barton (Jeremy Renner) has a seemingly simple mission: get back to his family for Christmas. Possible? Maybe with the help of Kate Bishop (Hailee Steinfeld), a 22-year-old archer with dreams of becoming a Super Hero. They are forced to work together when a presence from Barton’s past threatens to derail far more than the festive spirit. Marvel’s Hawkeye series is directed by Rhys Thomas (director of the film Staten Island Summer, as well as lots of TV work including for “Documentary Now!” and “SNL”) and directing duo Bert & Bertie, of the films Dance Camp and Troop Zero previously, as well as a few shorts. The scripts are written by Jonathan Igla, Tanner Bean, and Katrina Mathewson. Based on the character created by Don Heck & Stan Lee. Disney will debut Marvel’s Hawkeye series streaming (first two eps) on Disney+ starting on November 24th, 2021. Who’s watching?