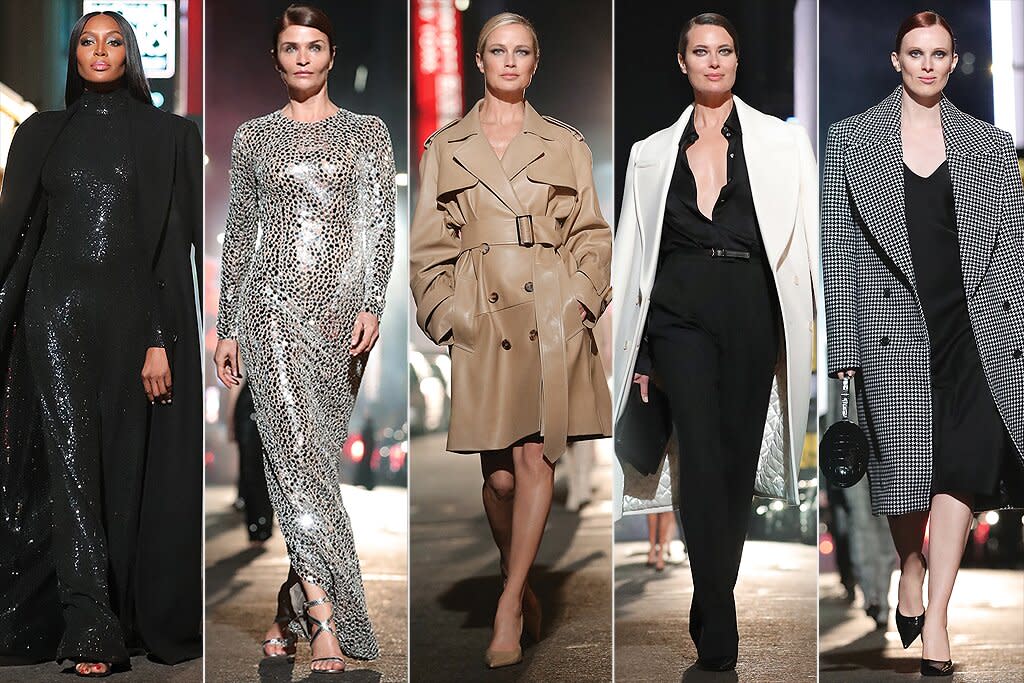 Michael Kors has amassed celebrity supporters and supermodel friends alike since launching his namesake label in 1981, so it’s no surprise that his 40th anniversary show was a fashion reunion for the ages.

Filmed on location in New York City’s Times Square and broadcasted on michaelkors-collection.com and the brand’s digital channels, the star-studded show was inspired by the glamour of “opening night” and “stepping out once the world opens up again,” according to a press release.

RELATED: Michael Kors Buys Versace for More Than $2 Billion: ‘This Is a Very Exciting Moment for Versace’

“For my 40th anniversary collection, I was really thinking about the joy in getting dressed up and stepping out for a night on the town,” Kors said.

The designer continued, “Whether you’re going to the office, having a casual dinner in the neighborhood or are in fact ready to go to a party again, this collection is all about making every moment a special occasion and feeling confident, glamorous and upbeat. There’s a sense of timelessness and big-city optimism that has been a linchpin of Michael Kors since the very beginning—a yin-and- yang balance between opulence and simplicity, something that’s laid-back and at the same time luxurious.”

“The theater is the heartbeat and the pulse of New York City and an endless source of inspiration for me,” Kors — whose company made a donation to The Ators Fund in support of the theater industry amid the pandemic — explained, “so to see Broadway shut down has been really heartbreaking.”

“It’s an honor and a dream come true to celebrate my 40th at Shubert Theatre and to have someone as brilliantly talented as [composer] Rufus Wainwright perform live. This show is my fantasy night out.”