“Dazzling, horrifying, tender.” Neon has dropped a sizzling new red band US trailer for Julia Ducournau’s Titane, the Palme d’Or winner at the 2021 Cannes Film Festival this year. One of my favorite films of the festival, this shocked and rocked the Croisette and was chosen by jury president Spike Lee as the big winner at the famous festival this summer. Following a series of unexplained crimes, a father is reunited with the son who has been missing for 10 years. “Titane” – A metal highly resistant to heat and corrosion, with high tensile strength alloys. It stars Agathe Rousselle and Vincent Lindon, along with Garance Marillier and Laïs Salameh. This is a great trailer, confusing but that’s exactly as it should be. And one of my quotes from my Cannes review is included and I dig it: “Not what you’re expecting… not what anyone is expecting.” Perfect quote for this film that I don’t want to tell you anything about before you see it. Check it out below. 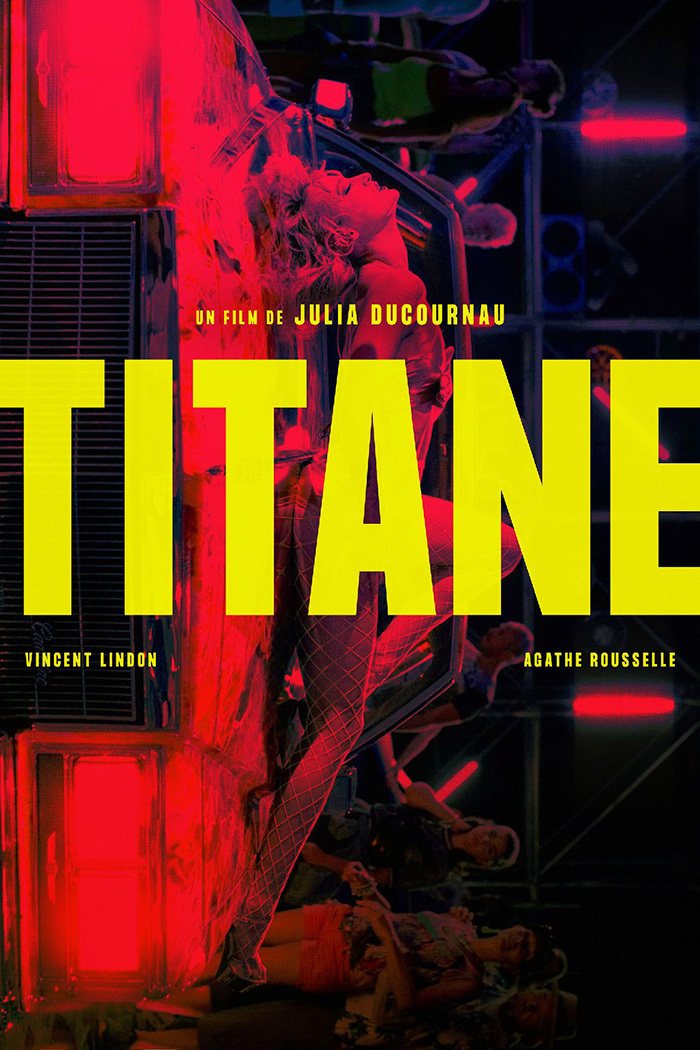 You can rewatch the festival teaser trailer for Julia Ducournau’s Titane here, to see the first look again.

The only official synopsis available for this so far: “TITANE: A metal highly resistant to heat and corrosion, with high tensile strength alloys, often used in medical prostheses due to its pronounced biocompatibility.” Titane is both written and directed by French filmmaker Julia Ducournau, directing her second feature film after making the indie hit Raw previously. It’s produced by Jean-Christophe Reymond, and executive produced by Christophe Hollebeke. This first premiered at the 2021 Cannes Film Festival earlier this year, where it won the Palme d’Or top prize during the fest (read our review). Neon will release Julia Ducournau’s Titane in select US theaters starting on October 1st, 2021 coming soon. So who wants to watch this one?