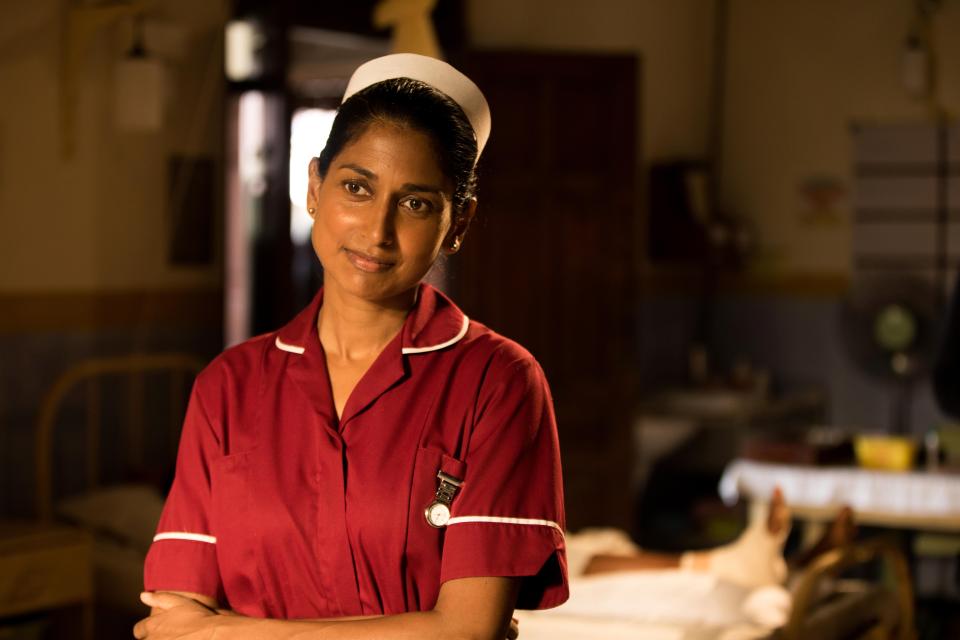 Harasgama has been nominated for best “Drama Performance” for Series 3 of her ITV show The Good Karma Hospital (the show is also nominated) at the National Television Awards (UK).

The actress said that she is honored and humbled to be nominated amongst some incredible performers in this category.

The public can vote for Nimmi via https://www.nationaltvawards.com/vote

The Good Karma Hospital is a medical drama series produced by Tiger Aspect Productions for ITV about a disillusioned doctor, Ruby Walker, who heads for South India hoping to make a fresh start.

It stars Amanda Redman, Amrita Acharia, James Krishna Floyd, and Neil Morrissey. The series was shot in Unawatuna in Sri Lanka, Thiranagama Golden Beach Restaurant and some other places in Galle.

After appearing in a supportive role in the English movie Mother Teresa: In the Name of God’s Poor in 1997, Nimmi made her first step into Sri Lankan cinema in 2003 playing the lead role in Prasanna Vithanage’s film Ira Madiyama (August Sun) where she played the role of a woman whose husband was missing in action.

Her successful performance brought her positive reviews and several accolades, including the Best Actress award at the 2004 International Film Festival in Spain.

Following Ira Madiyama, she appeared in another film about the life of Mother Teresa: Mother Theresa of Calcutta (2003) which was filmed in Sri Lanka and Italy.

In 2012 she appeared in her first Tamil speaking role in Enakkum oru per (I Too Have a Name), a short film written and directed by Suba Sivakumaran, which was nominated for the Golden Bear for Best Short at the Berlin International Film Festival in Germany.

In 2011 she partnered with ETV, a Sri Lankan television station, to star in the chat show Put a Chat With Auntie Netta based on a character she created.

In 2020 she played the female lead in Deepa Mehta’s film Funny Boy based on Shyam Selvadurai’s book of the same name. (Colombo Gazette)