“I would like it to be as dramatic as I am. I was told to make plans for dying.” Discovery+ has revealed an official trailer for a documentary film titled Introducing, Selma Blair, about the actress. This originally premiered at the 2021 SXSW Film Festival earlier this year, and debuts both in theaters and streaming in October this fall. The film is a deeply intimate and raw portrait of Selma Blair after she is diagnosed with Multiple Sclerosis and tries to slow the progression of her disease. When she first started making the film, she thought it was going to be some of her final footage, but she is just as strong as ever three years after the diagnosis. The filmmaker Rachel Fleit explains: “The thing that I learned from her, you know we have to embrace ourselves, ‘This is who I am today.’ We’ve got one life in this body and whether or not you have an autoimmune disorder or disease, we must embrace ourselves or we’re going to squander a lot of time.” Many of the reviews say this is one of the most intimate and moving films they have ever seen. Take a look below. 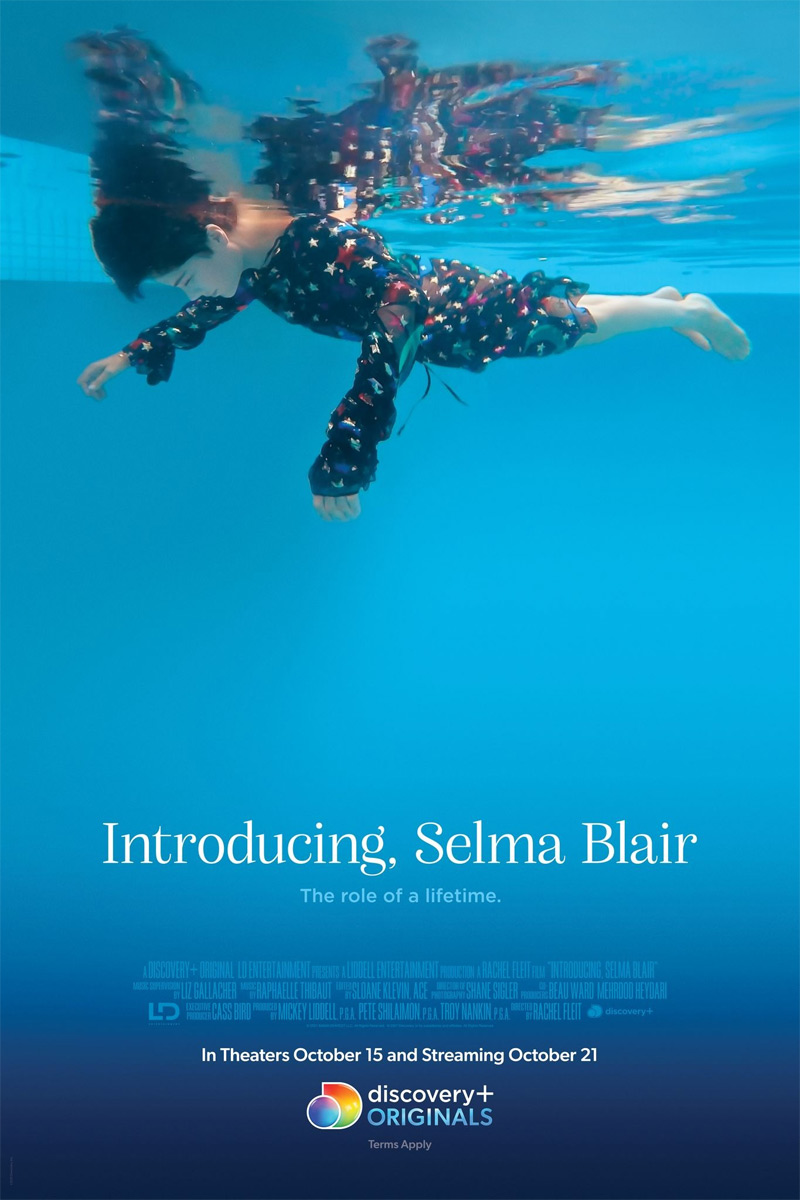 Director Rachel Fleit’s deeply intimate & powerful film of one woman’s journey of personal acceptance and resilience, Introducing, Selma Blair, follows the singular actress as she reckons with the next chapter of her life after being diagnosed with Multiple Sclerosis. The film explores complex issues ranging from dissecting deep-rooted myths about beauty, and the collective fear around disability & mortality. Filled with her trademark wit and humor, the doc film follows Blair as she reconciles a journey of monumental transition. Introducing, Selma Blair is directed by filmmaker Rachel Fleit, making her first feature doc after the narrative film Ali & Ava, as well as a short and episodes of “Surveillance Cinema” previously. This first premiered at the 2021 SXSW Film Festival earlier this year. Discovery will debut Introducing, Selma Blair in select US theaters on October 15th, 2021, then streaming on Discovery+ starting October 21st.