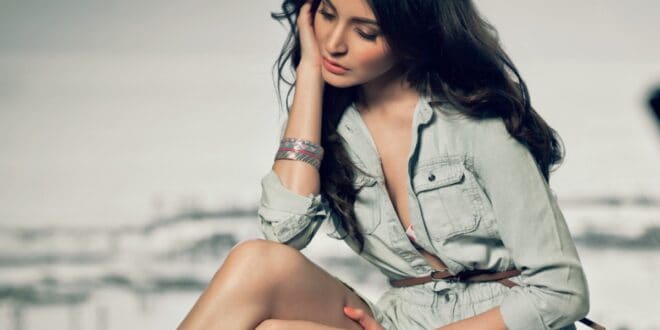 Anushka Sharma is celebrating her 34th birthday today and her buffs are pouring in birthday wishes for the actress on social media. Anushka proved her versatility with wide-ranging roles, including her debut in 2008 with SRK’s Rab Ne Bana Di Jodi. Ever since then, there is no turning back and the actress became one of the leading actresses in B-town.

But just like behind every success, there are a lot of insults and struggles, Anushka too shared the ordeals she went through at the beginning of the career. She spoke about how people used to call her ugly all the time. Starting with her modelling days, the actress said “ I always dreamt of getting name and fame in any field that I choose. I started modelling in my teenage and also took training in Bengaluru’s prominent modelling agency. My college mates used to attend modelling classes and I was inspired too”.

“I also participated in a pageant but I was brutally humiliated there. ‘You are not that beautiful, apart from being slim and feminine, you are just far away from being pretty, commented some people in the pageant,” said the actress. “Such comments really vanished my self-confidence and I was badly hurt by the rudeness. Fortunately, I got an offer from the notable production house, Yash Raj Films and I could act in Rab Ne Bana Di Jobi, alongside superstar Shah Rukh Khan”.

“During the time, chairman of YRFs, Aditya Chopra also insulted me saying I am not beautiful and so I need to act well to get noticed. However, I am lucky that I earned a good name after the film’s release, but the film did not run well at the box office. I also had to struggle with no offers for a few days”.

Talking about Filmfare awards, Anushka said “ I was expecting best debut female award in Filmfare that year. Keeping my hopes high, I had attended the show but to my surprise, I have not announced the winner. I couldn’t stop my tears and had to run backstage. Right then, Amitabh Bachchan saw me crying and told me that he watched RNBJ and he loved my acting in it. Those words really boosted me”. The actress, later, thanked for all the good days in her life and for marrying her love, Virat Kohli.

Anushka Sharma’s inspiring story vividly tells us how the actress faced great challenges in order to stand tall in her life today. Despite repeated insults and failures, Anushka proves how there are sharks everywhere in this world and the more you try, the more they will come for you. Calling her kudos, we wish her a very happy birthday today!