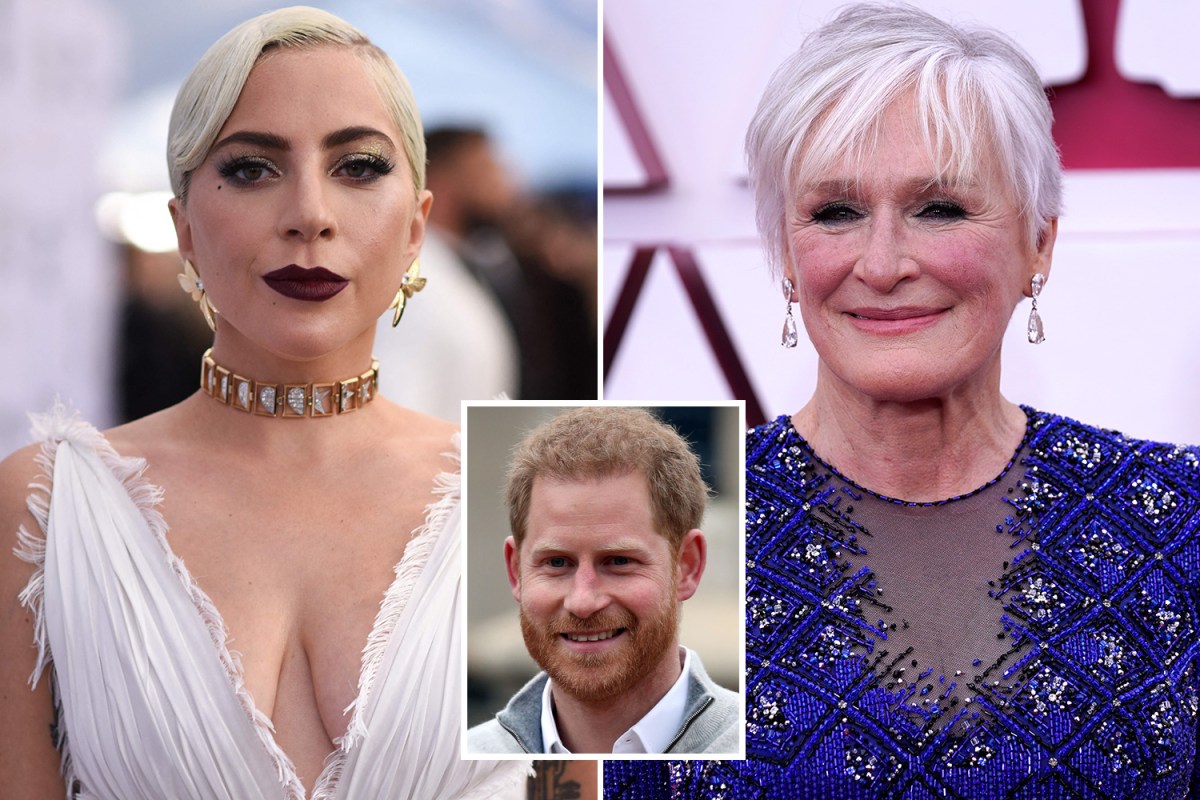 PRINCE Harry will chat to Lady Gaga and actress Glenn Close for his new mental health series with Oprah Winfrey, it was announced today.

‘The Me You Can’t See’ will finally launch on May 21 on Apple TV+ after being delayed due to a combination of Megxit and Covid restrictions.

The Duke of Sussex, who co-produced the series with Oprah, today said “we’re all human” while speaking of “unresolved traumas” ahead of its launch.

He said he hopes his latest project shows “there is power in vulnerability”.

And the Duke, a firm mental health advocate, is set to speak to a number of people around the world living with mental health issues.

Lady Gaga has spoken out about her mental health struggles in the past, previously revealing she’s on anti-psychotic medication because she “can’t always control what her brain does”.

Harry and Oprah will guide her and others through “honest discussions about mental health and emotional well-being” while opening up about “their own mental health journeys and struggles”.

They have also partnered with 14 experts and organisations to “shed light on different pathways to treatment”.

Of his latest project, Harry said: “We are born into different lives, brought up in different environments, and as a result are exposed to different experiences.

“But our shared experience is that we are all human.

“The majority of us carry some form of unresolved trauma, loss, or grief, which feels – and is – very personal.

“Yet the last year has shown us that we are all in this together and my hope is that this series will show there is power in vulnerability, connection in empathy and strength in honesty.”

The Duke and Duchess of Sussex spoke candidly about the impact being in the Royal Family had on their mental health during their bombshell interview with Oprah back in March.

Oprah said today: “Now more than ever, there is an immediate need to replace the shame surrounding mental health with wisdom, compassion and honesty.

“Our series aims to spark that global conversation.”

They will address their emotional well-being, while trying to “destigmatize a highly misunderstood subject and give hope to viewers”.

Speaking to CBS about the project earlier this year, Oprah explained: “I asked [Prince Harry] the question, ‘What do you think are the most important issues facing the world right now?’ and he said there are two.

Boy, 9, stabbed repeatedly in ‘horrific attack’ and ‘only saved by coat’

“He said climate change and mental wellness, mental fitness and mental health. As you know, he’s spoken about his own issues and what he went through after his mother died and how being able to talk about it has benefited him.

“So it’s a passion of his and, at the end of the conversation, I said, ‘Oh, I’m going to be doing this thing with Apple’.

“‘It’s a big concern of mine too and I want to try to erase the stigma,’ and he said at the end of the conversation, ‘If there’s anything I can do to help’.”