“I gotta take everything he’s got.” MGM Studios has debuted a new trailer for the recut special edition of Rocky IV, which will be playing on the big screen for one-night-only this November. This new version is officially called Rocky IV: Rocky vs. Drago – The Ultimate Director’s Cut, and it was updated by Stallone himself. He also wrote & directed & starred in the original 1985 film, which sees Rocky battling the brutal Soviet fighter Drago, played by Dolph Lundgren. Stallone has added 40 minutes of never-before-seen footage to the film originally made at the very end of the Cold War. The cast also includes Brigitte Nielsen, Burt Young, Carl Weathers, Michael Pataki, Talia Shire, Stu Nahan, and Tony Burton. We’re not entirely sure what is in the extra 40 minutes of footage, but it’s likely more footage of training and the fights. There is also some renewed interest in this Rocky because it’s directly referenced in the Creed series, with Adonis Creed fighting Viktor Drago, the son of the man who killed his father in the ring years ago. Who’s ready to go back for more? Will all the extra footage be worth it? Find out this November! Enjoy. 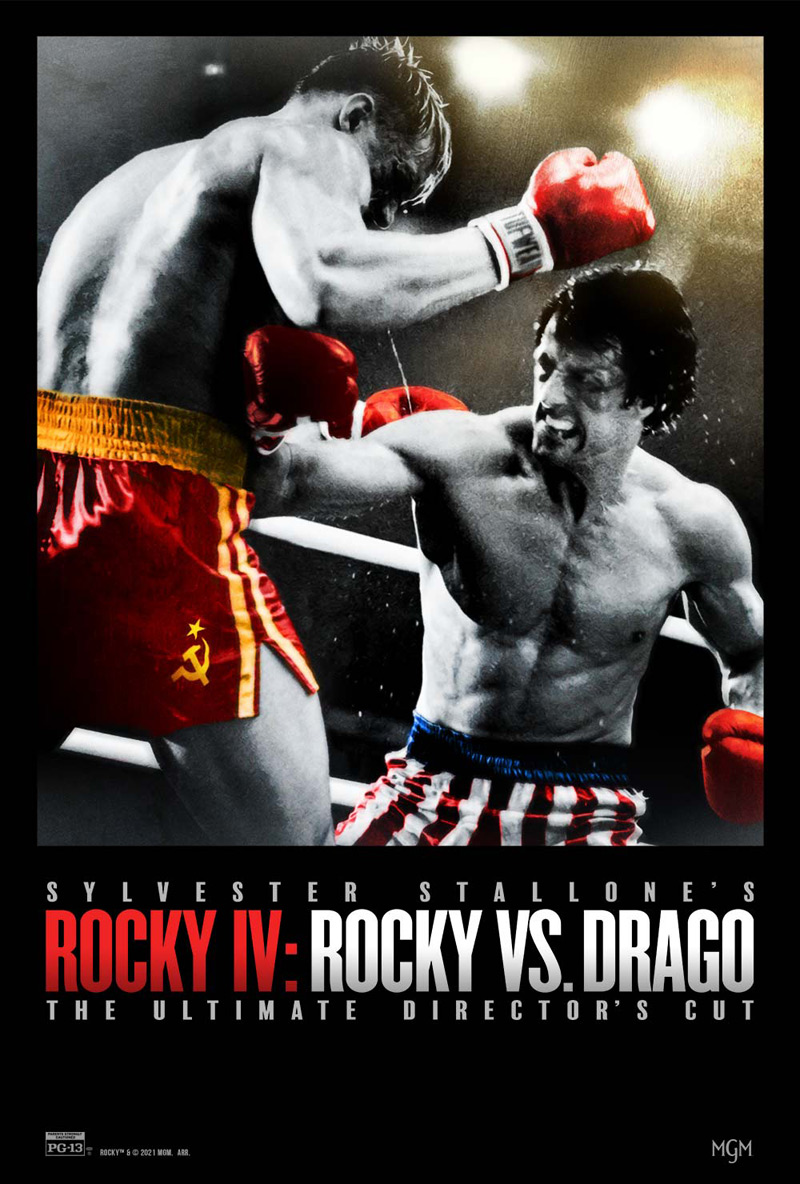 You can also watch an old trailer for the original 1985 version of Stallone’s Rocky IV, also from YouTube:

The most triumphant sports-drama franchise in history returns with a new look in Rocky vs. Drago: The Ultimate Director’s Cut. This live event is coming to movie theaters for one night only and includes an introduction and Q&A with Sylvester Stallone! Director, Writer and star Sylvester Stallone masterfully reshapes Rocky IV, delivering 40 minutes of never-before-seen footage. With more intense fight scenes, world heavyweight champion Rocky Balboa (Stallone) defends his title yet again, this time against Drago (Dolph Lundgren), a six-foot-four, 261-pound fighter who has the backing of the Soviet Union. Rocky IV: Rocky vs. Drago is an updated cut of Rocky IV once again written and directed by the American actor / filmmaker Sylvester Stallone, who also wrote and directed the original film when it was first released in 1985. Stallone will show a live Q&A in select locations nationwide along with a behind-the-scenes look at the making of the recut movie. Rocky IV: Rocky vs. Drago will screen at a one-night-only event on November 11th, 2021 this fall. For more info and to book tickets now, visit Fathom Events. Who wants to watch this?