“What if we are who we are, and then everything changes… and we don’t recognize ourselves anymore.” Bleecker Street Films has debuted an official trailer for an amusing romantic comedy titled India Sweets and Spices, the second feature from filmmaker Geeta Malik. After returning from college to her family’s posh suburban New Jersey home, Alia Kapur upends their well-ordered life with her brash independence. She also falls for the son of the owners of a new local Indian grocery. Alia’s surprise arrival at home turns to rebellion when she uncovers secrets about both her parents that push her toward a daring and ultimately hilarious confrontation. Sophia Ali (also seen in the Uncharted trailer) stars as Alia, with a cast including Manisha Koirala, Adil Hussain, Rish Shah, Deepti Gupta, Ved Sapru, and also Anita Kalathara. They’re trying to marketing this as the Crazy Rich Asians but for an Indian family instead. Though from the looks of it, this seems entirely entertaining in its own unique, witty ways. I want to see it! Looks quite good. 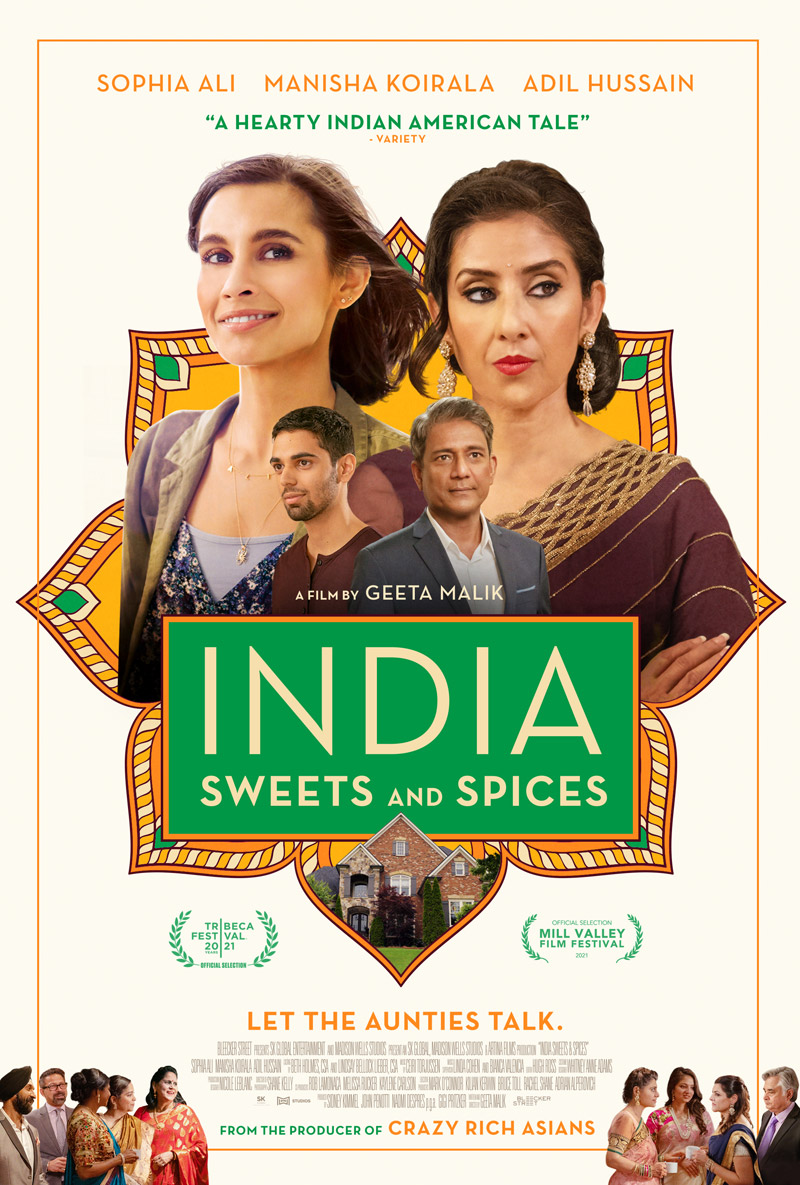 Alia Kapur (Sophia Ali) returns to her family’s posh suburban New Jersey home after spending a year away at college and upends their well-ordered life with her newfound independence. Befriending Varun (Rish Shah), the handsome son of the new owners of the local Indian grocery, she invites his family to a weekly dinner gathering with her parents’ wealthy friends. She is shocked to learn that her perfectionist mother Sheila (Manisha Koirala) has a previous connection to Varun’s mother Bhairavi (Deepti Gupta). Alia’s surprise turns to indignation when she uncovers intriguing secrets about both her parents that push her toward a daring and transformative confrontation. India Sweets and Spices is written and directed by up-and-coming Indian filmmaker Geeta Malik, her second feature after making Troublemaker previously, as well as a few other short films. Produced by Naomi Despres, John Penotti, Gigi Pritzker. This premiered at the 2021 Tribeca Film Festival earlier this year, and is also playing at the San Diego Asian Film Festival. Bleecker Street will debut India Sweets and Spices in select US theaters starting November 19th, 2021.