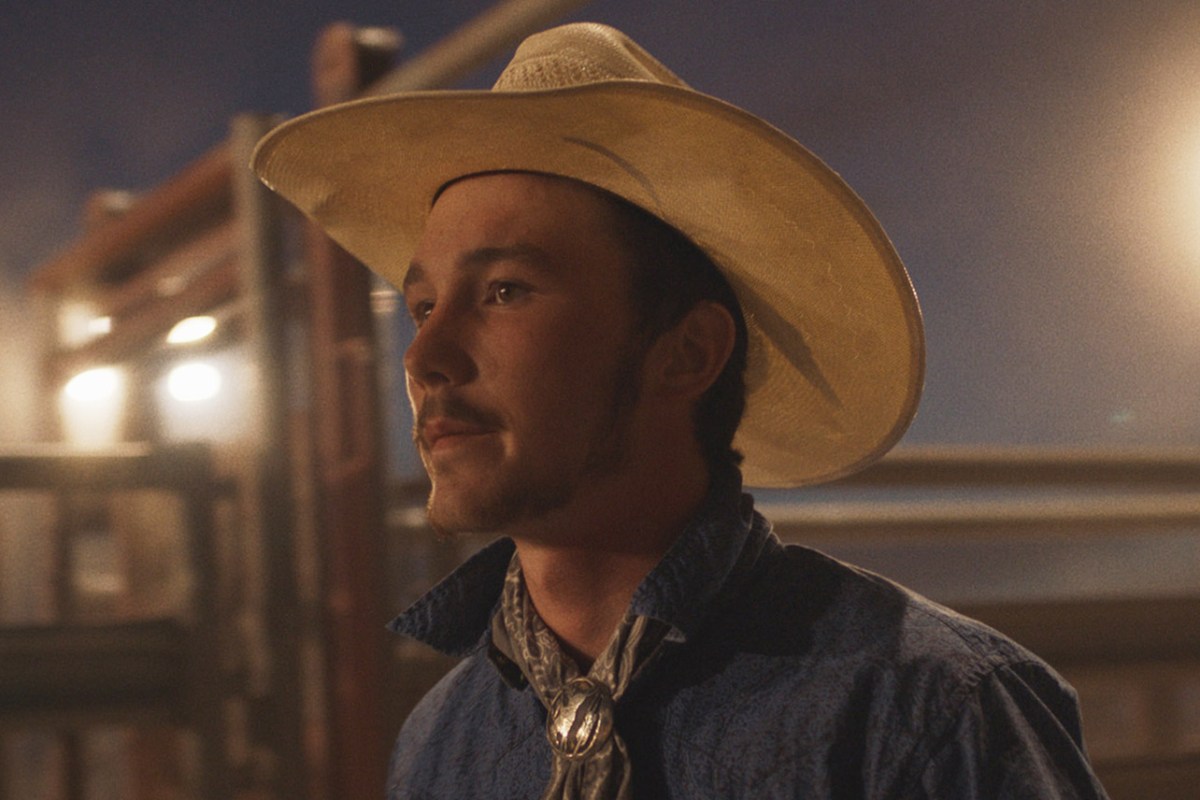 The Rider’s debut on Starz is as good a time as any to remind y’all that Chloe Zhao was great even before she enjoyed best picture and director Oscars for Nomadland. The two films have much in common — they’re immersive and authentic dramas, they include many non-actors playing versions of themselves, they focus on underrepresented and economically disadvantaged communities, they feature stunning naturalist cinematography, frequently in the Badlands of South Dakota. For The Rider, Zhao focuses on the story of Brady Jandreau, a real-life rodeo rider and horse trainer who gave up the life after a serious head injury; Jandreau, his father and sister essentially play themselves in this dramatization of his all-too-true struggles. It’s dangerously close to being a documentary, it’s definitely a BOATS (Based On A True Story) movie — and it’s as good as this type of film gets.

THE RIDER: STREAM IT OR SKIP IT?

The Gist: Brady Blackburn (Jandreau) dreams. Dreams of a horse, in an ethereal place. It snorts and stomps. He awakens, groggily walks to the kitchen to make coffee. Using a small buck knife, he pries staples from a bandage on his scalp, covering a long, gnarly line of bigger staples holding his head together. He smokes a joint, takes a handful of prescription pills. He wraps his head with plastic so he can take a shower. It’s dawn. He dresses, goes outside to the Sioux scrublands of the Pine Ridge Reservation, his home. He struggles to toss a lasso over the horns of a dummy steer. His aim is off. His father, Wayne (Tim Jandreau), comes home, still drunk from the night before, and gives him shit. For “escaping” from the hospital before doctors released him. For being stubborn. For not being able to rope that dummy steer. He goes inside. Brady throws the rope again.

Brady stares at his phone, watching video highlights of his past rodeos. He hesitates before pressing play on one — in the speed and heat of the moment, it looks innocuous as he’s thrown from the horse and it stomps him. Brady walks up on the ridge, visits his mother’s grave. A small horse totem rests on it. He picks it up and can’t let go. His hand grips tight and he has to pry his own fingers off. He goes home, throws up. He naps, wakes up to his friends hovering over him in cowboy hats, playfully harassing him. C’mon, let’s go get drunk, they say. They situate themselves on a postcard of a South Dakotan ridge, a bonfire raging. They all talk about how many concussions they’ve had. Broken ribs. Brady has a metal plate in his head now, and that’s tougher than bone right? It’s all the same to a cowboy, one boy says. Ride through the pain. They talk about Lane. How’s Lane doing? He’s good. He’s in a new facility. They all speak with a syrupy drawl. Are they drunk, is it their rural accent or have they all been jostled by years in the rodeo?

Another night. He meets his friends at the bar. He has to take his sister Lilly (Lilly Jandreau) with him. She’s 15, has some unspecified form of autism, refuses to wear a bra. She loves her brother and he loves her back, and they say it often. They need each other; their dad drinks and gambles a lot. Anyway, the bar: Brady spots another cowboy picking on or hitting on Lilly — not sure which — but their friends separate them before it gets violent. The cowboy’s girlfriend takes Brady outside, shares a joint with him, states matter-of-factly that his rodeo days are over. Brady doesn’t reply.

Time goes by, as it does. Brady’s hair has grown out to cover his new scar. Yes, new scar. Another one arcs above his eyebrow. How’d he get that one? We don’t know. His sister covers him with gold star stickers as he sleeps. They’re still stuck to his face and chest when he wakes up and lets in the landlord, who says Wayne is several months late with rent. Brady has no GED, no job experience. He starts work at the local food mart, where rodeo fans recognize him and ask for selfies. I’ll be back, just healing up, he tells them. Wayne sells Brady’s beloved horse Gus to help make rent, and he blames Brady because he ain’t up to training horses anymore. Brady buttons up his nicest cowboy shirt, knots a handkerchief around his neck, hops in the truck. He visits Lane (Lane Scott) in the rehab center. Lane has an unspecified brain injury. He talks in shaky sign language and his body is wracked by constant tremors. You can tell he feels something inside and can’t quite express it, but Brady knows it. They watch Lane’s past rodeo highlights. He might’ve been even better than Brady. But Lane got hurt too.

What Movies Will It Remind You Of?: No surface-level comparisons to other horse movies, because The Rider nothing like them. I’ll just say Chloe Zhao and Kelly Reichardt (Old Joy, First Cow) are of a similar mind and aesthetic and leave it at that.

Performance Worth Watching: A non-actor, Brady Jandreau is fearless here, playing a big piece of himself. Nobody else could play this character, because it’s him and only him.

Sex and Skin: None.

Our Take: The Rider features a lengthy scene in which Brady tames a horse nearly in real time, and it’s quietly, excruciatingly suspenseful. Yes, of course he cowboys up and tries to ride again. It’s all he knows, all he’s dreamt of being. Every skid of a boot, every stray hoof is the potential debilitation, possibly death, of this man, who’s barely a man. He’s 22. He looks like a boy. He has many years ahead of him, and they may not be years worth living without being able to saddle up. Forget the rodeo or the training — riding across the scrubland puts him right back in the hospital. He’s not Lane yet. But someone has to help take care of Lane. Someone needs to take care of Lilly, too; she has no mother and her dad, well, he’s not perfect, and sometimes seems less not perfect than other fathers out there. She’s a reminder to Brady that being a cowboy isn’t as important as being a brother.

Zhao finds depth in simplicity and keen observation. She employs long, wordless closeups of Brady that allow us to feel what he feels via our empathy for the human condition. He experiences guilt, anger, depression, denial. He’s grieving. He’s torn between pragmatism and his dream. The men in his life tread the usual grounds of masculinity; his father sends mixed messages about listening to the doctors and toughening up; even Lane signs to him, “Don’t give up on your dreams.” In his mind, there’s the rodeo and there’s stocking shelves at the grocery store. (He has other options maybe, but they sure seem limited out there on the reservation.) There’s a lot weighing on him in those closeups, and we sense it intensely.

Visually, the film is a mesmeric blend of the bracing immediacy of handheld photography and lusciously shot landscapes, where the camera’s patient and lingering, drinking the scene, savoring it. Brady gets his horse up to trot on the rugged and beautiful terrain as the sun peeks over the horizon, and we’re lost in the inimitable beauty of the moment. It’s America, for all that implies, bubbling quietly beneath this story of sorrow and joy. Zhao eliminates anything getting in the way of the truth, in all its raw, undeniable essence.

Our Call:STREAM IT. The Rider is a modern classic.

John Serba is a freelance writer and film critic based in Grand Rapids, Michigan. Read more of his work at johnserbaatlarge.com or follow him on Twitter: @johnserba.

Watch The Rider on Starz