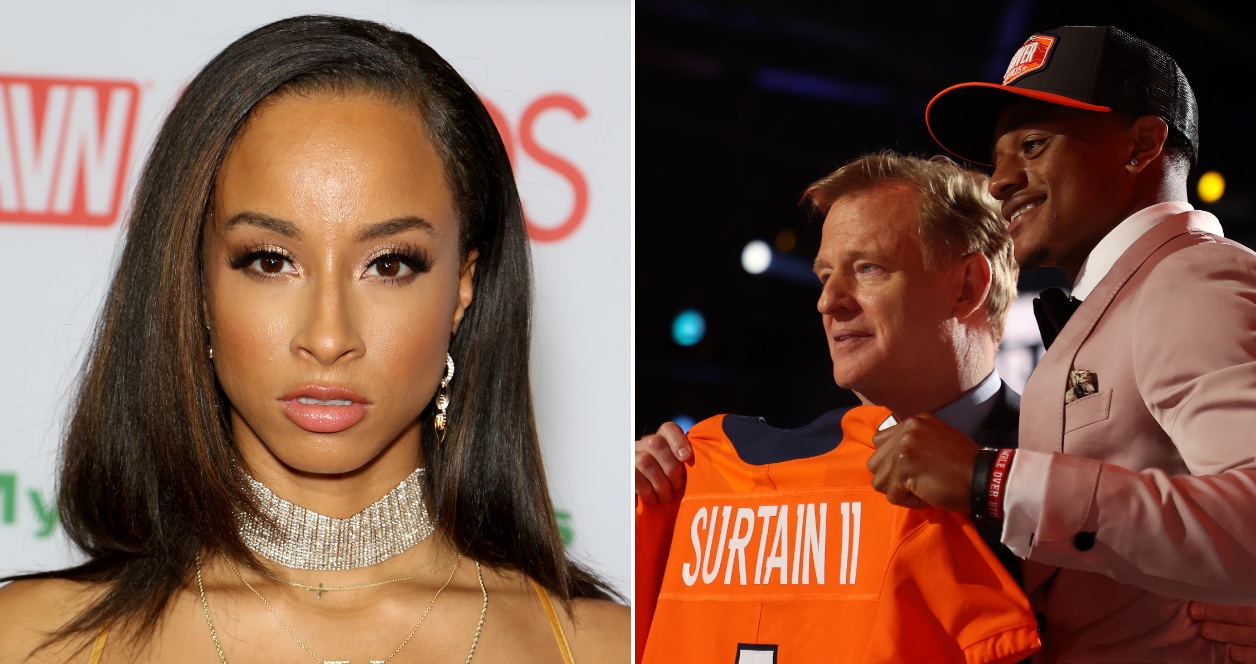 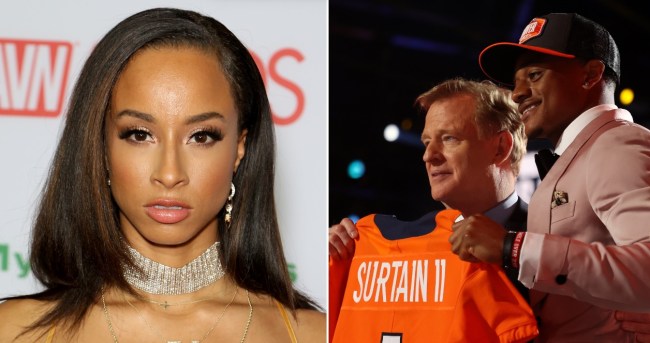 Adult film actress Teanna Trump is on the prowl for a new boyfriend and she has her eyeS glued on the up-and-coming talent in the NFL draft.

For the past few months, Trump had been rumored to have been in a relationship with NBA star rookie LaMelo Ball.

Apparently, Trump has moved on from Ball because she says she’s current;y single and was scouting last night’s NFL draft for a new boyfriend.

I’m single, I haven’t been single in months…I’ve been sucking the same d***, wtf is wrong with me

Trump seemed pretty impressed with Patrick Surtain who has drafted by the Denver Broncos in the first round.

She describes Patrick Surtain as the guy she wants pic.twitter.com/9f7dCtZ13m

Patrick Surtain Jr is gonna open his phone to see Teanna Trump is looking for him. That’s nuts