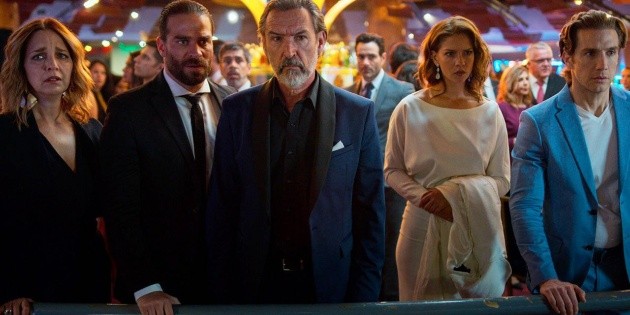 Pride for the region! Netflix already has the complete list of the most watched series worldwide in April and has a mexican production as a great protagonist. Who Killed Sara? it became the most watched foreign program on the platform in the United States and the trend was repeated around the globe. Look at the ranking with the top 10 and find out where the Latin American show is!

The 10 most watched Netflix series worldwide in April 2021

Plot: Raymond Red Reddington, one of the FBI’s most wanted fugitives, turns himself in at FBI headquarters in Washington, DC. He claims that he and the FBI have the same interests: taking down dangerous criminals and terrorists. Over the past two decades, he has made a list of the criminals and terrorists who matter the most, but the FBI cannot find because it does not know they exist. Reddington calls it The Blacklist. Reddington will cooperate, but insists he will only speak to Elizabeth Keen, a rookie FBI profiler.

9-Legend of the nine-tailed fox

Plot: a series of competitions in which players must choose to be themselves or others as they try to win a cash prize.

Plot: Vincenzo Cassano is an Italian lawyer and mafia consigliere who returns to Korea due to a conflict within his organization. He ends up crossing paths with a sharp-tongued lawyer named Cha-young, and the two join forces to use evil methods to take down the evildoers who cannot be punished by the law.

Plot: In a world divided in two by an enormous barrier of perpetual darkness, a young soldier discovers a power that could finally unite her country. But as she struggles to hone her power, dangerous forces plot against her. Thugs, thieves, murderers and saints are now at war, and it will take more than magic to survive.

Plot: Based on the works of Sir Arthur Conan Doyle, it features the Baker Street Irregulars working for Dr. Watson saving London from supernatural elements.

Plot: The distraught and awkward fifteen-year-old Ginny Miller often feels more mature than her thirty-year-old mother, the irresistible and dynamic Georgia Miller. After years on the run, Georgia desperately wants to put down roots in picturesque New England and give her family something they’ve never had … a normal life. But it’s not all carpool and Kombucha, as Georgia’s past threatens her new way of life and that of her family … and Georgia will do anything to protect her family.

Plot: The remarkable story of how the murderer Charles Sobhraj was captured. As the prime suspect in unsolved murders of young Western travelers in India, Thailand, and Nepal’s ‘Hippie Trail’ in 1975 and 1976, Sobhraj had repeatedly escaped the reach of authorities around the world to become the most wanted man. by Interpol, with arrest warrants on three different continents.

Plot: Determined to take revenge and prove that he was framed for the murder of his sister, Alex sets out to unearth much more than the real culprit of the crime.