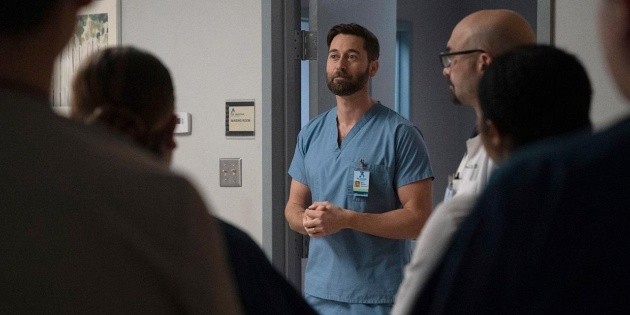 The streaming industry is on fire! Netflix has a lot of competition because the growth of Disney + was joined by the arrival of other players such as HBO Max or Star +. The N company knows that it will have to make an effort to maintain its leadership and that is why this year it presented great premieres. Near the middle of 2021, he reviews what worked the most for him in terms of series. Discover the list of the 10 most viewed worldwide!

Plot: The remarkable story of how the murderer Charles Sobhraj was captured. As the prime suspect in unsolved murders of young Western travelers in India, Thailand, and Nepal’s ‘Hippie Trail’ in 1975 and 1976, Sobhraj had repeatedly escaped the reach of authorities around the world to become the most wanted man. Interpol, with arrest warrants on three different continents.

Plot: Sinister forces conspire against a young soldier after she reveals a magical power that can unite her world.

8- THE DANCE OF THE FIREFLIES

Plot: For decades, childhood best friends Kate and Tully have weathered the storms of life together, until a betrayal threatens to break them forever.

Plot: Seven years after the world became a frozen place, a group of surviving people must inhabit a gigantic train that perpetually moves around the world.

Plot: A single mother enters a world of twisted mind games when she begins an affair with her psychiatrist boss while secretly befriending his mysterious wife.

Plot: Determined to take revenge and prove that he was framed for the murder of his sister, Alex sets out to unearth much more than the real culprit of the crime.

Plot: In this contemporary version of Arsene Lupine, Omar Sy embodies the famous robber knight, master of the art of disguise.

Plot: Teen Ginny and her family try to start over in a quaint New England town after years on the run.

Plot: wealth, lust and betrayal set against the backdrop of Regency-era England, seen through the eyes of the powerful Bridgerton family.

Which 2021 series did you like the most so far?

The Falcon and the Winter Soldier