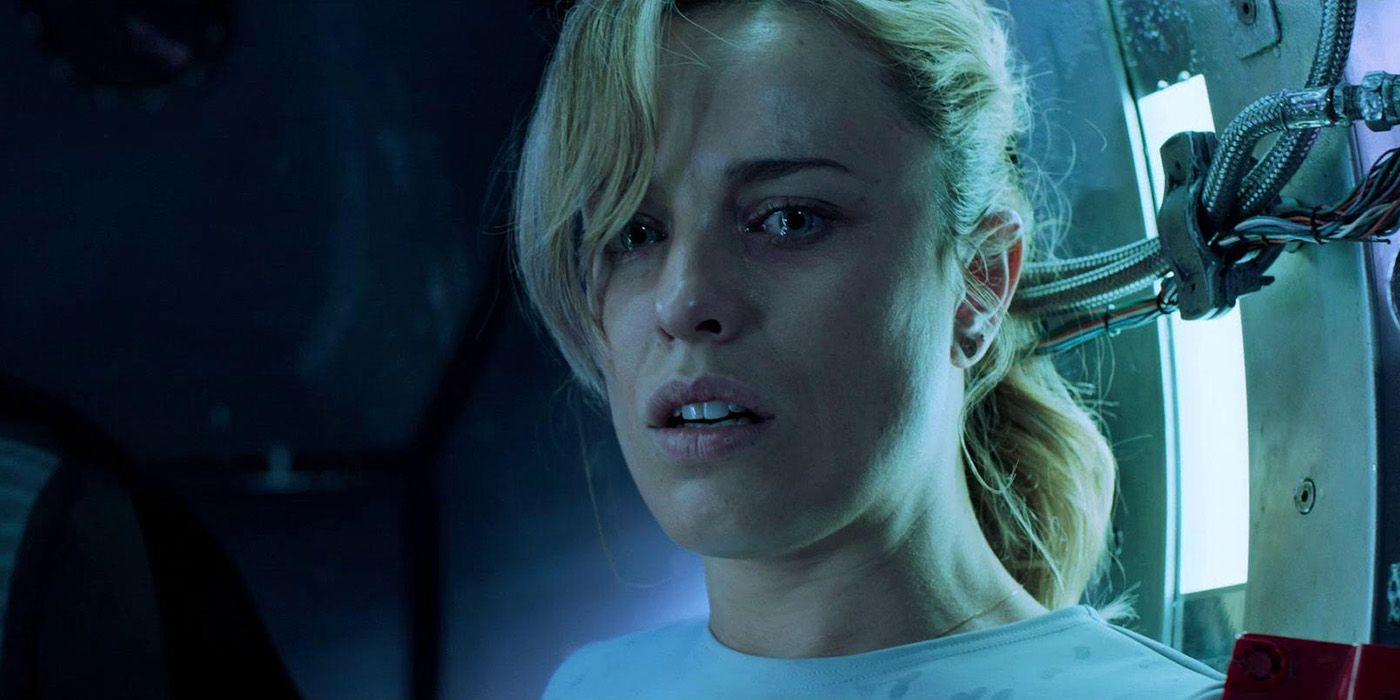 The Meg star Jessica McNamee opens up about her desire to return for the in-development sequel and recalls her fun times making the first film.

Actress Jessica McNamee opened up about her desire to return for the in-development The Meg 2 and recalled the fun she had making the first film. Loosely based on Steve Alten’s 1997 novel, the story centers on a rescue diver recruited to help a group of scientists, including his ex-wife, combat a megalodon shark that has emerged from the deepest section of the Mariana Trench. Jason Statham led the ensemble cast for the film alongside Li Bingbing, Rainn Wilson, Ruby Rose, Winston Chao, Page Kennedy, and McNamee.

Attempts to get an adaptation of Alten’s novel off the ground can be traced back to when Disney’s Hollywood Pictures acquired the rights in 1996. After a few years of languishing in development hell, the rights reverted to Alten, and development began anew at New Line Cinema in 2005. Sadly, that version also struggled to get off the ground and the movie once again never happened. It was Warner Bros. studios who were finally able to move the project past its development phase. Originally slated to see Eli Roth step into the director’s chair, the horror filmmaker departed due to creative differences and was replaced by Jon Turteltaub. Statham signed on to star shortly after.

Related: The Meg: The Shark Movie’s Biggest Mistakes (& How The Sequel Can Fix Them)

In an interview with Collider, McNamee revealed that she had not heard a word about the possibility of her return for the sequel, which Statham recently announced would begin production in January 2022. Despite this, she confirmed she is interested in reprising her role of Lori Taylor for the next blockbuster venture and even hinted at the potential filming location for it. Read what McNamee had to say below:

While the creature feature genre is still on the hunt for the next Jaws, with Love and Monsters and Underwater coming relatively close to achieving this success, there was undoubtedly a good amount of thrills in the first Meg movie. One of its critical flaws was never finding the right tone between terrifying and pulpy, but hopes are high that the sequel will be bigger, bolder, and darker than its predecessor. The Meg 2 may even be R-rated, something Statham previously said the original approached but ultimately decided against, releasing instead as a PG-13 movie. Given the first film’s departures from its source material, namely in the fate of McNamee’s character, a return from Lori is not entirely out of the question.

With the original film taking 20 years to reach the screen finally, a rush for The Meg 2‘s arrival is not inherently something fans should hope for. But with a more experimental filmmaker in the director’s chair and a script already complete, the wait should not only prove less painful but also hopefully point towards an improved second outing in the sea.

More: Everything We Know So Far About The Meg 2

Grant Hermanns is a News Writer for Screen Rant, having just recently joined the team. Way back in 2015 while still in his college days, Grant got his start in the entertainment journalism industry with creator-friendly site Moviepilot until it shuttered nearly three years later. From there he joined the staff at ComingSoon.net and was its Associate Editor prior to coming over to Screen Rant.

To say he’s a lover of film and television would be an understatement and when he’s not mass consuming either you can find him exploring the world of Dungeons & Dragons with friends or slowly making his way through his gaming backlog.