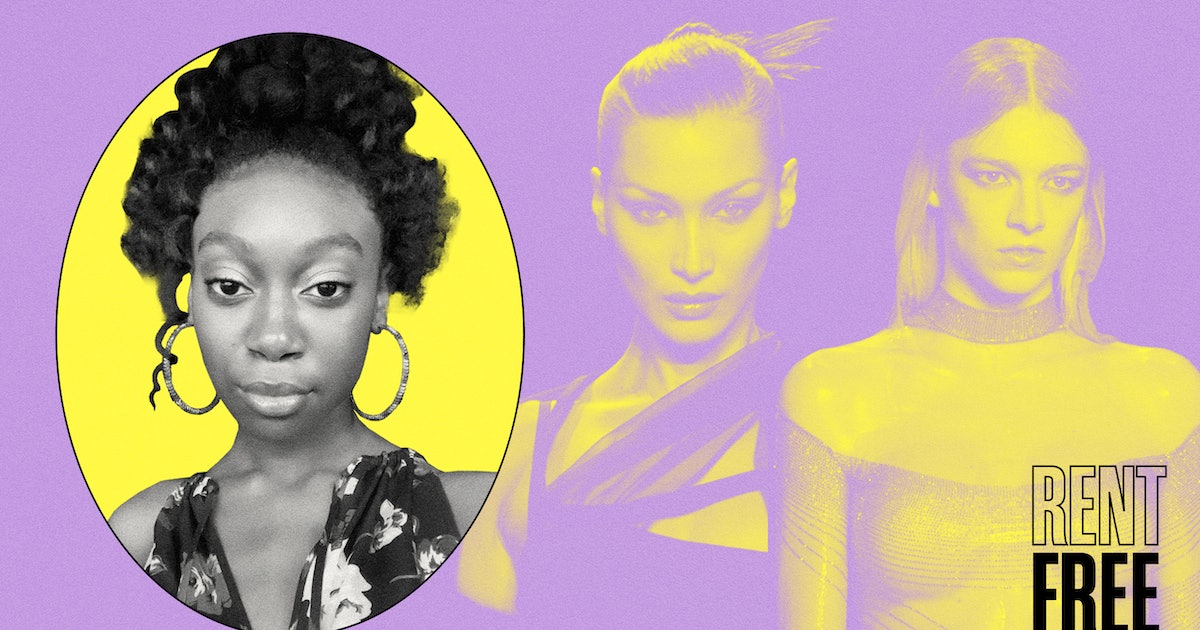 With a buzzy new horror show on Amazon Prime Video, you’d think Them: Covenant star Shahadi Wright Joseph wouldn’t have the brain space for anything that’s not related to her series right now. But even big TV/movie stars can’t escape from the power of viral videos (relatable!). On a Zoom call to promote her terrifying, disturbing new show, the 15-year-old actor takes some time to also talk about the one thing she can’t get out of her head right now: an avant-garde fashion show starring Bella Hadid and Hunter Schafer.

In case you haven’t seen it, the Mugler Spring-Summer 2021 runway show is truly something else. Featuring models walking in reverse, getting doused with water, and even doing literal front flips — all while rocking killer lewks, of course — the short film employs all kinds of effects and editing to a mind-boggling result. It’s no wonder Joseph can’t stop thinking about it.

“I had first seen the show from Bella Hadid’s Instagram,” Joseph tells Elite Daily. “I was really, really excited to see how she was going to interpret that because I knew the brand and I knew that they make some very, very out-of-the-box clothing. So I was really excited to see what she was going to do with that, her own interpretation. And then I saw it and I was blown away. It’s literally art.”

But Joseph’s interest in the vid goes beyond fascination as a fan. “[Walking in a runway show is] one of my dreams,” she says. “All of the models and all of the shows that I’ve seen this year, everybody just looks so beautiful. I would totally want to do that. And I’m 5’9″, so I think I’m tall enough.”

Although Joseph loves what she does, she admits it definitely is work. Take her latest release, for example. Them‘s first season is a twisted take on America’s very real problems with racism both past and present, telling the story of a Black family moving from the South to an all-white neighborhood in California during the 1950s. For Jospeh, that meant portraying some extremely harrowing moments.

“Having to do those intense and disturbing scenes every day can really take a lot out of you. It’s exhausting at times,” she says. “So after work, usually I would take some time for myself without having to endure all of the stress that my character Ruby Lee’s taking on in every single episode.”

But Joseph is hopeful her sacrifice is paying off. “I hope [Them] makes people really think about the Black experience — and not just the Black experience, but everybody’s experience when it comes to racism and how uncomfortable and terrifying it really is, and that it’s still happening today and that there needs to be a change,” she says.

Joseph can’t reveal what she’s working on next, but she definitely has dreams beyond the horror stories she’s becoming known for (she also starred in Jordan Peele’s 2019 blockbuster Us). “I would like to branch out to other genres because I do have range and I can do more than that. So I would love to showcase that in my next project,” she says. “My favorite genre, other than horror, to watch is probably dramas — coming of age, independence stories. So I would love to do something like that.”

Let’s hope she has time for a runway show at some point, too. @Mugler, you know who to call.